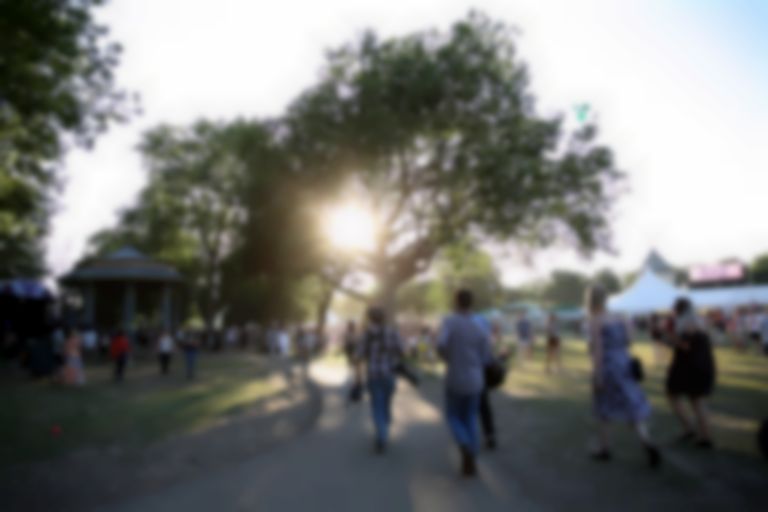 It must be difficult to make your mark on the London festival scene these days, especially with so much competition around.

Every year, a myriad posters on hoardings and tube stations throughout the city advertise a gazillion new, heart-stoppingly exciting events that all totally deserve your hard-earned cash and for the average punter, trying to ascertain which of these provides the best bang for your buck can be pretty damn tiring. Citadel is one of the newer entrants into the scene - it’s only in its second year - but excitingly, it’s already proving to be one of the best of the bunch. 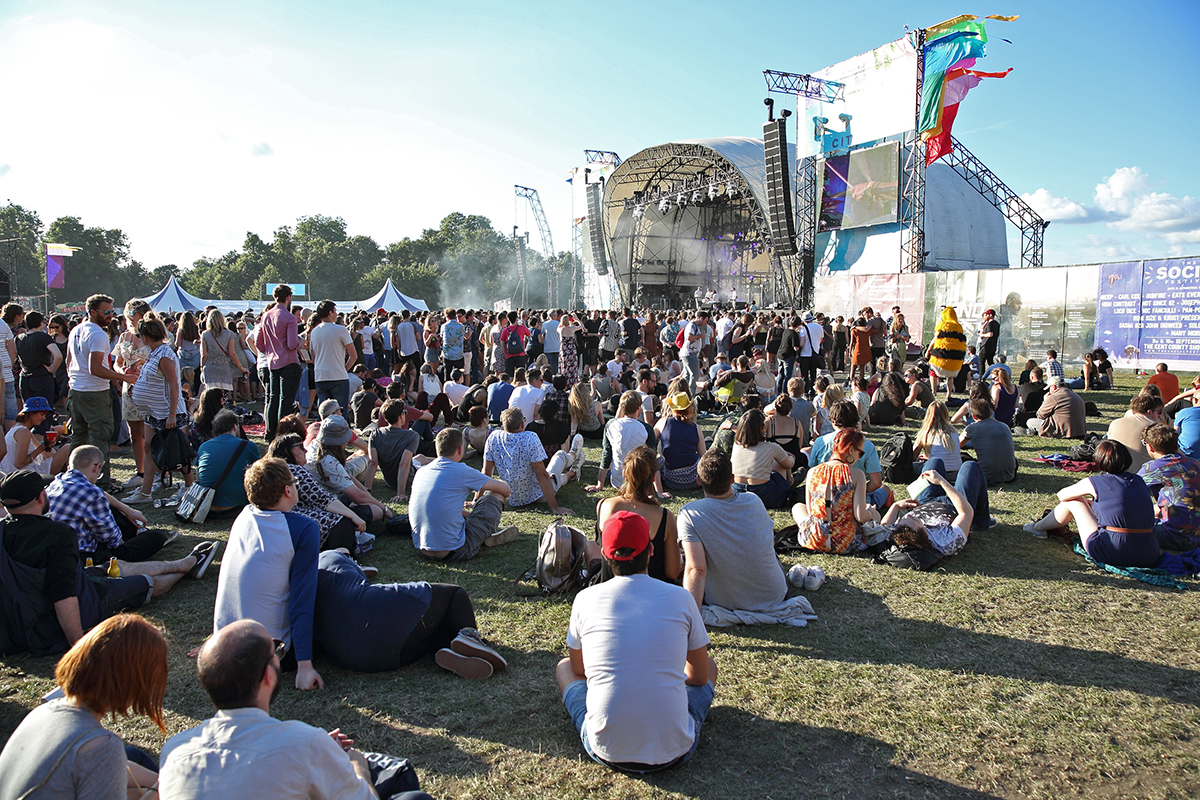 It can’t be argued that Citadel massively redefines the template much - it’s essentially a day-long, Hackney-centric version of Latitude - but happily, it takes on board all the features that make that festival so enjoyable. Compared to the “Foxtons’ employees on the lash” vibe of Lovebox the previous day, or the apoplexy-inducing hipstergeddon that is Field Day, there’s an agreeably relaxed atmosphere at Victoria Park this Sunday afternoon (19 July) - although the perennial issue of incessant chatterers still enrages. Yes, the beer prices are extortionate but there’s a decent selection of food, the toilet queues are mercifully brief, and there’s even a formidable selection of cultural pursuits in the fields of fashion, haute cuisine, sport and spoken word for those who prefer a more eclectic festival experience than "booze and bands". 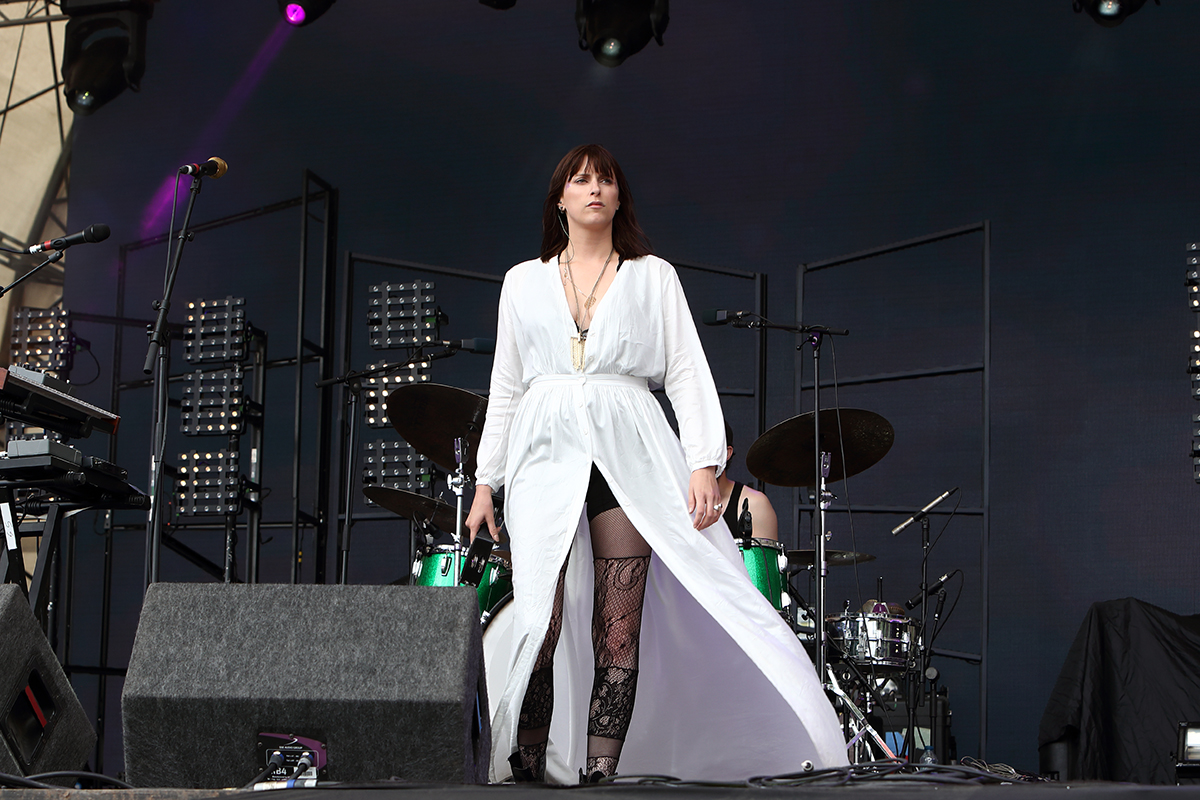 But those who just wanted to experience a bloody good day of music wouldn't have been disappointed either. It remains a mystery how Susanne Sundfør appears to have slipped under the radar of many usually on-the-ball tastemakers, but the Norwegian singer-songwriter completely commanded the main stage with her strident, exquisitely gothy synth-pop. 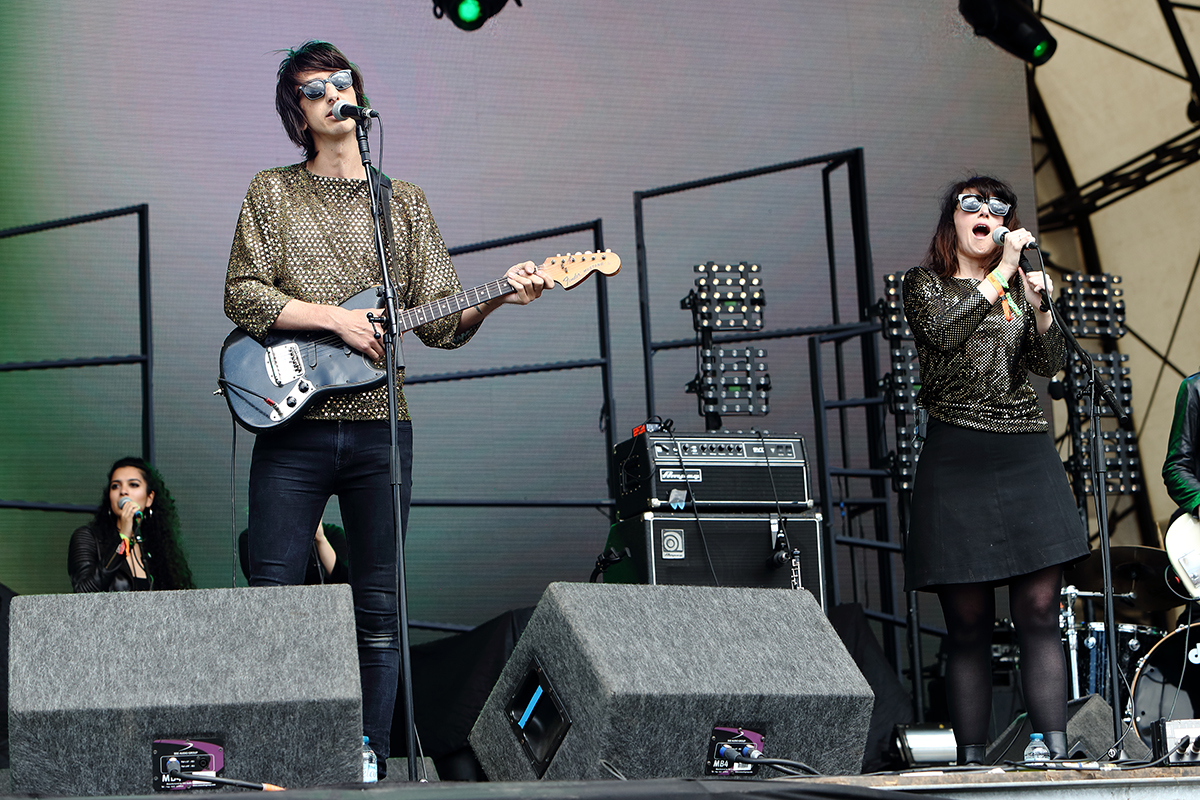 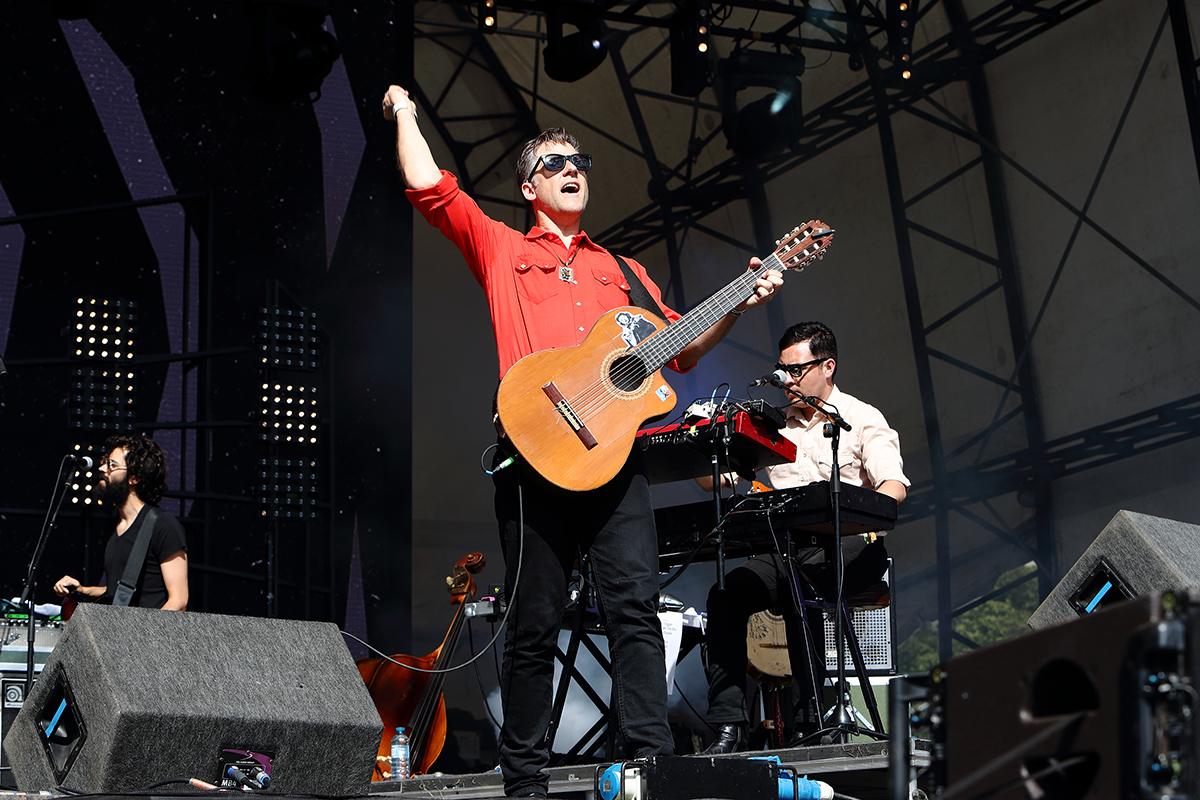 The always-dependable Calexico went down a storm, their sun-kissed fusion of Americana and Mexican influences the perfect soundtrack for an uncharacteristically pleasant British summer day, with closer "Guero Canelo" culminating with an exuberant call-and-response section that got the whole crowd whooping and hollering. 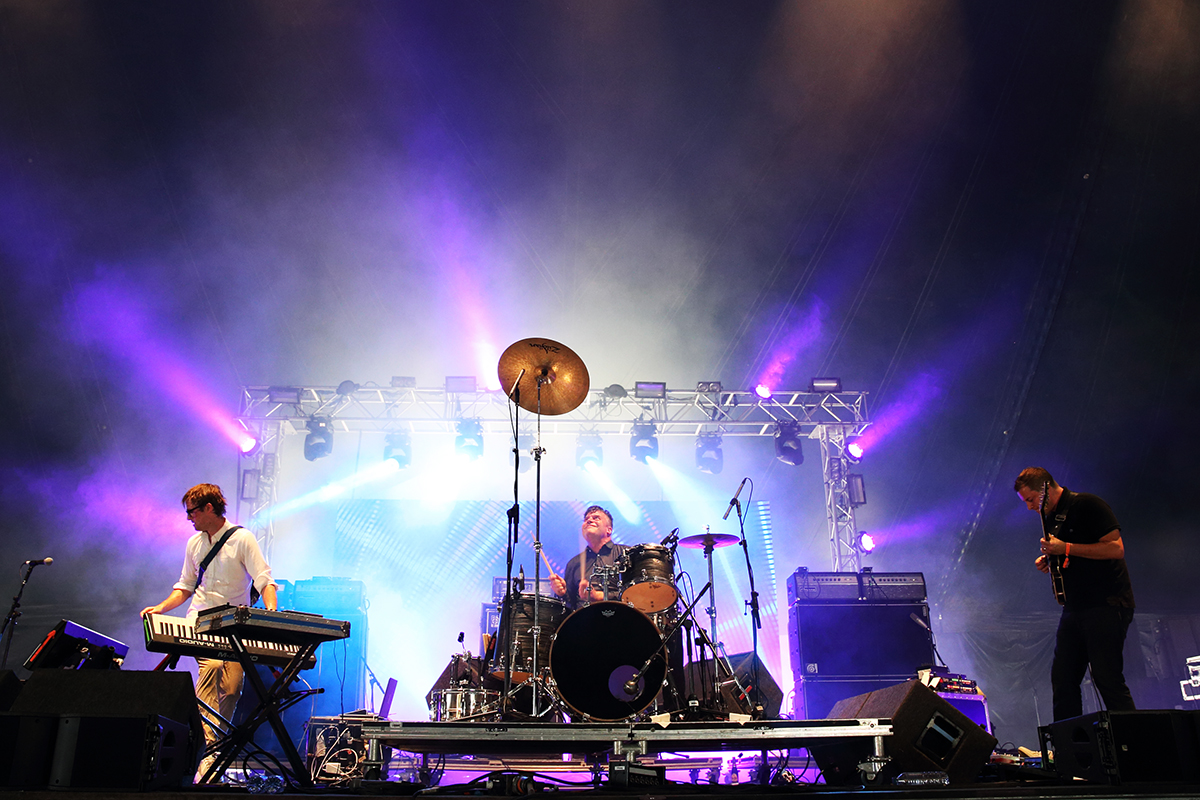 Gig-goers of an older vintage might (with some emotional distress) remember the inaugural Field Day in '07, which took place at the same location and featured the double-whammy of Brooklyn math-rock weirdos Battles and indietronic legend Dan “Caribou” Snaith. This exact same scenario was recreated almost a decade later, with somewhat similar outcomes- the former beset with technical difficulties, the latter delivering an enthusiastic set that never quite sparked into life. John Stanier, he of the absurdly high cymbal, was so obviously full of soundman-induced rage that one feared his drum-kit, as well as the whole observable Universe would collapse under his wrath, but their blistering, off-kilter experimentalism nonetheless went down a treat (even if they're more reliant on samples these days than is entirely desirable). 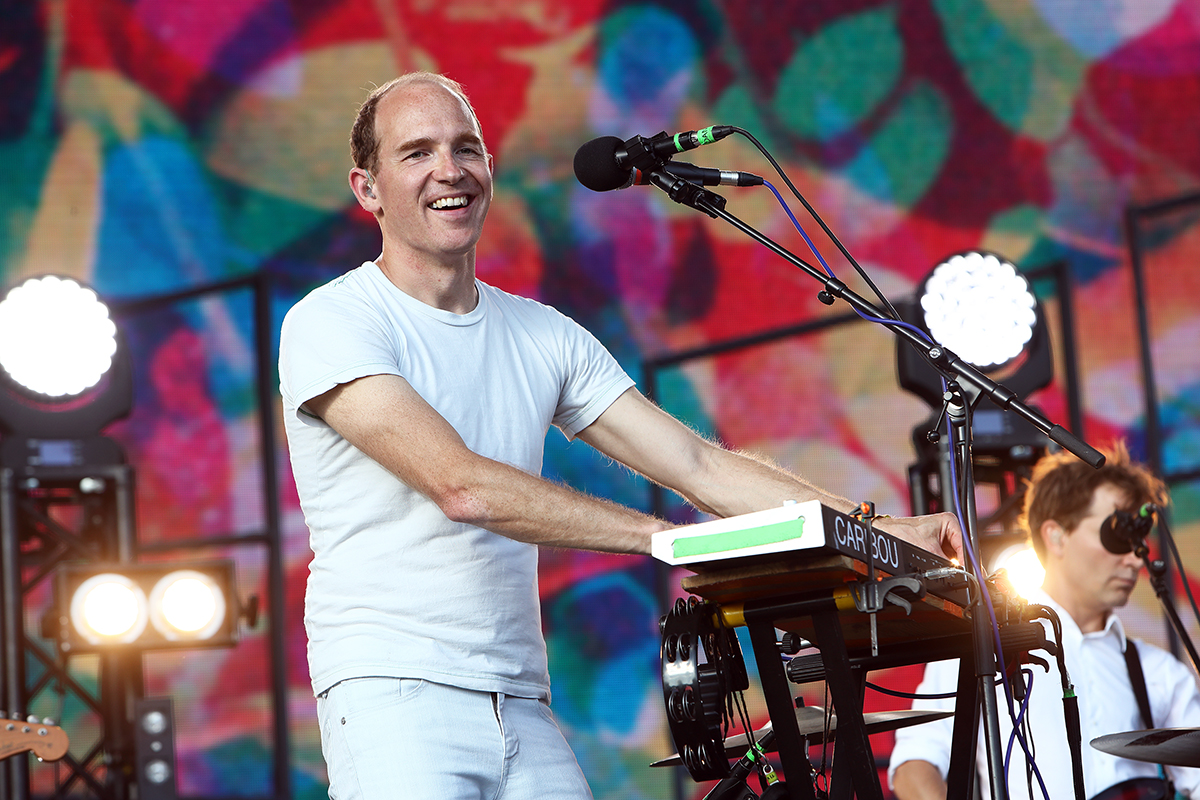 Caribou on the other hand suffered no sound issues, but despite having the elements to set off a dance party only succeeded in doing so with his bona fide banger "Sun". 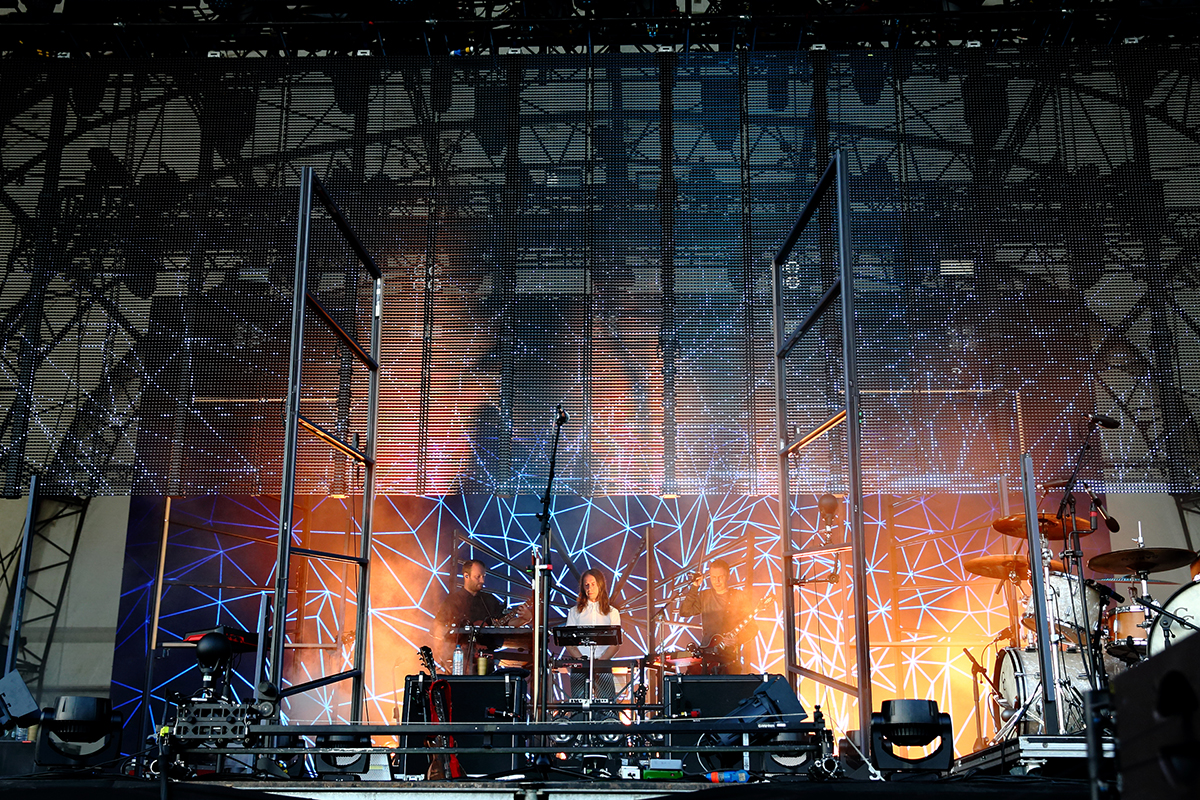 And of course, there was Sigur Ros. The Icelandic post-rockers, who once toured with an entourage of a dozen supporting musicians are now stripped down to three of the four original founding members, and there's no denying there's moments, especially at the end of the celebratory "Festival" where the sheer oomph the extra accompaniment brings is sorely missed. But on the whole they do a marvellous job of recreating their slow-building, glacial masterpieces live, from the dark and brooding "Kveikur" to the breathtaking, break-neck climax of "Hafsol". They've also stepped up their visual game several notches, with some stunning wireframe effects utilised mid-set, as well as the inevitable swirling starfield for "Staralfur". But as usual, they saved the best to last with the 15-minute long, apocalyptic bludgeoning of the senses that is "Untitled 8", the mightiest of all set closers and a stunning finale to what proved to be a truly laudable day of live music. 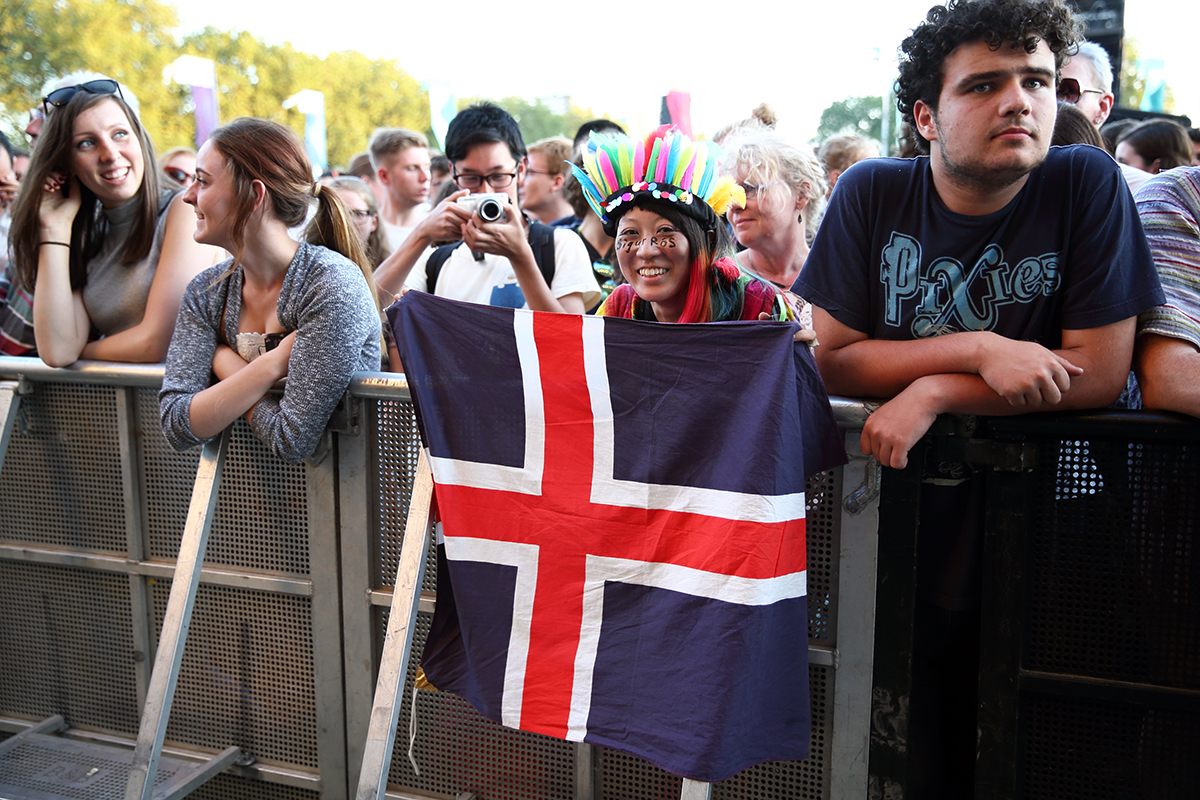 Sure, Citadel might not be the most original festival in the world, but it's also an excellently-curated and well-delivered one - and if they can maintain line-ups of this calibre, they'll surely prove to be an institution for many years to come.