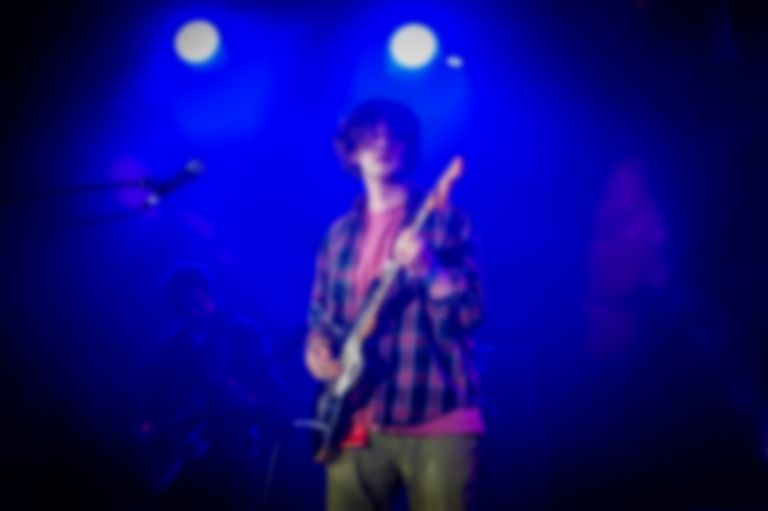 Indie troubadour Bill Ryder-Jones is clearly in a giving mood this evening. "Hold on a sec", he mumbles to his bemused backing band, before dashing backstage and reappearing a few moments later with a bottle of wine.

‘Pass this to the bloke at the back’, the former Coral fman says as he hands the bottle to one of the audience members at the front of the stage before it works its way above the crowd’s heads to its intended recipient. "Have a merry Christmas!".

Tonight the singer-songwriter is performing at London's Kamio (7 Dec) for an end of year bash arranged by the organisers of End of the Road Festival. Toting a Fender Jaguar, and sporting a fetching Christmas gilet, Ryder-Jones performs a set comprised primarily of tracks from his excellent third album, West Kirby County Primary. An early set highlight is chunky and chiming ballad "Let’s Get Away from Here" and when the crooned second chorus gives way to the muscular fuzz of the bridge, the crowd really gets going, heads nodding and swilling beer onto the floor.

Ryder-Jones’ set tonight is admittedly a tad ragged around the edges, as may be expected in this informal setting, but in both tunes and inter-song banter, he has charm in spades. The biggest cheer of the evening is for the whip-snap intro of "Two to Birkenhead", which elicits an enthusiastic singalong. "Take me somewhere I’m not likely to forget / Two singles to Birkenhead", mumbles the frontman wistfully as his bassist light-up Christmas jumper twinkles away beside him, "Two thimbles in need of thread". It’s probably the Ryder-Jones track that’s closest to being an anthem, and is lapped up by the audience.

"Have a dance, it's fucking Christmas", chuckles the singer as he follows the introspective "Daniel" with penultimate sway-along "Wild Roses". The final track of the evening is a twelve-string rendition of Pogues classic "The Fairytale of New York", sung as a duet with the front woman of support act Girl Ray.

Tonight's performance may be low and loose, but Bill Ryder-Jones offers a solid reminder of why he is one of the UK's finest songwriting talents.