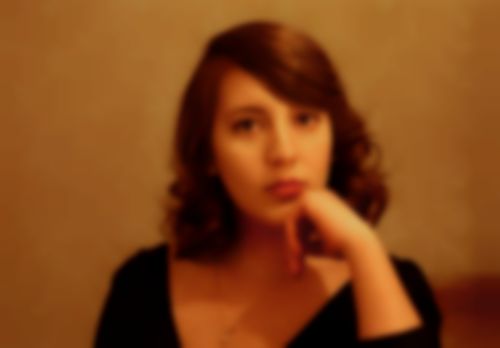 Andrew Combs stole my line. Towards the end of Caitlin Rose’s brilliant set in a sweltering Theatre 5 at Glasgow’s CCA, the Nashville-via-Dallas based singer let the stetsoned Combs – another Texan who followed the country music path to Tennessee – take the lead on his track ‘Too Stoned to Cry’, (on which Rose sung backing on his record). Once the track came to its end, following honey-dipped, cracked harmonies between the two, Combs quips “Caitlin Rose – she could sing a phone book and it’d sound good”.

And he’s right. First of all, Combs’ own set was a fine example of how to take standard country tropes – women, drinking, drugs – and make them seem fresh and interesting. Blessed with a wonderfully throaty croon, his songs wouldn’t be out of place on the early 2000s Loose Records compilations New Sounds of the Old West, as his acoustic strums were joined by electric Telecaster licks and sad, high, whining lines of pedal steel, courtesy of second support act (and Rose’s backing band) Steelism. But everything paled into the background when faced with the towering talent of the 25-year old Rose.

Self-effacing and easy-going between songs, this show was a chance for Rose to unveil songs from her new album The Stand-In. Thanks to a fuller sound, Rose has taken the spiked country songs of her debut and added something a little bit extra. From the moment the first track (and album opener) ‘No-One To Call’ blares out, and Rose sings of a “broken radio heart”, it’s obvious she’s added punchy FM choruses and perhaps a touch of Fleetwood Mac to the equation. Other new songs like ‘I Was Cruel’, ‘Waitin’’ and ‘Silver Sings’ show how much Rose’s song writing has developed over the past couple of years, pitching her somewhere between the alt.country of Neko Case and the more commercial sound of Lucinda Williams.

While the playing is impeccable throughout, it’s Rose’s voice that’s always the main attraction. It’s so powerful that on a track like ‘For The Rabbits’ (from first record Own Side Now) she barely needs the microphone to project, but then she’s also able to tone it down on tracks like the jazzy ‘Old Numbers’, or the swooning Las Vegas wedding song of ‘Pink Champagne’ where she sounds incredibly like Patsy Cline. Her cover of The Felice Brothers’ ‘Dallas’ is a barbed-yet-loving paean to the place of her birth and just about surpasses the original and when the encore indulges in, in Rose’s own words “some country fuckin’ rock”, there’s a raucous rendition of Buck Owens’ ‘I’ve Got a Tiger By the Tail’ and a stunning, soulful take on ‘Shanghai Cigarettes’.

In the end, yeah, she could sing the phone book and make it sound like heaven and that if anything, along with tonight’s excellent showing, proves that Caitlin Rose is destined for great things.