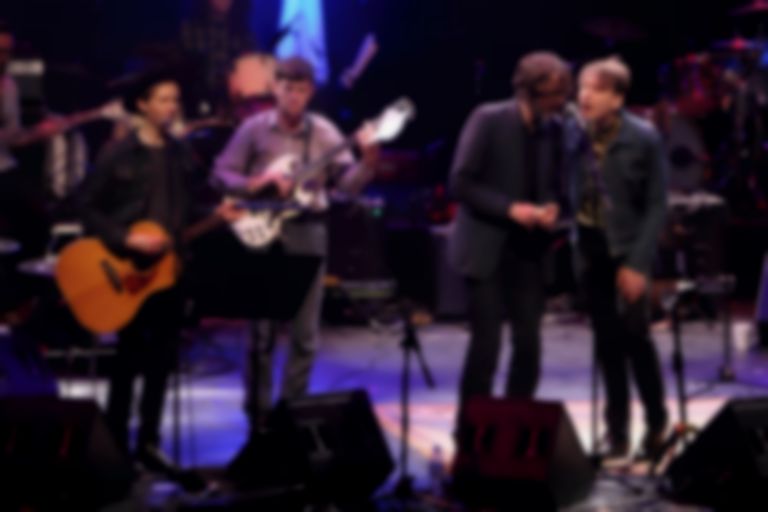 This digital age of ours has some drawbacks, we have to admit. Sure, our access to culture has grown but our attention spans have disintegrated, our iTunes libraries bloated with tracks half-listened to and artists long forgotten, the lifespan of a piece of music ever-dwindling as the next new thing conveyor-belts behind. Yeezus? Pah – for all the hype the sales have nosedived just seven days from release. Daft Punk? Two months on, and is there anyone – be honest – still feeling excitement about that record?

But it’s not that music is too abundant so much as it’s too easy for us to get it, a few clicks and drunken finger stabs all that’s needed to get an album and then delete it with barely a memory formed. There’s no work involved anymore, no effort required on our behalf beyond remembering a password and vaguely coordinating our digits. Arguably, for many of us music’s become like junk food, on demand and disposable, a transient experience all-too-rarely savoured.

Well, here’s the flipside: twenty songs that none of us have heard before because none of them exist as recordings, performed by a roll-call of musicians and collaborators too extensive to relay with the wordcount that I have. The idea behind Beck’s Song Reader is a compelling one: a whole album released only as sheet music, open to whatever interpretations and imaginings we want to impose. This evening, pretty much as one-off an event as it’s possible to get, is about placing that concept onstage, with fifteen artists and bands presenting their own readings of Beck Hansen’s compositions whilst the man himself is in the building.

And so Song Reader Live plays out pretty much as a variety show of top-end leftfield talent, from Jarvis Cocker to Charlotte Gainsbourg, Franz Ferdinand to Beth Orton and Joan As Police Woman, artists selected by Beck himself to bring to life an album in a way that, YouTube uploads aside, will never be repeated. “These songs are meant to be pulled apart and reshaped,” said Beck of the event. “There are no rules in interpretation.”

The night opens with ‘The Last Polka’, a rusting and melancholic instrumental of violin and piano, tortured and strained and warping at the edges. It sets a dramatic tone that’s matched by the first guest, Joan Wasser of …As Police Woman, performing ‘Eyes That Say I Love You’, a missing Bond theme of sultry vocals and portentous brass, of rolling drums and fading romance and a bar set very high for those that follow. The Villagers’ Conor J. O’Brien doesn’t quite match it, alas, his ‘Old Shanghai’ a pleasant enough but over-loungey imagining that gets a little lost in the wash of SLR clicks from the photographers’ booth behind. There’s no such issue for The Pictish Trail, their ‘Wolf Is On The Hill’ a brash and garage-fuelled mess of drums and distortion, flailing and vital.

But it’s the intermissions between the songs that really mark, with the two halves cut into thirds by poetry and readings from Simon Armitage, Kate Tempest, Luke Wright and John Cooper Clarke. Their styles vary but the themes align – fired and passionate reflections on music and culture and the downsides to abundance, nostalgic and often angry. And yet there’s optimism here too, for the ways in which new technologies can aid us to create as well as consume, with much praise – inevitably – for the Song Reader project itself: “These songs need you to feel and imagine,” said Tempest to cheers and applause.

The spoken interludes act as a welcome breather in a set pressed with highpoints, from The Guillemots rising to a crescendo of wailed vocals and double drum kits to Beth Orton’s pared back and sweetly-sad ‘Please Leave The Light On When You Go’ and James Yorkston’s offscript ditty when his mike fails. In truth it’s pretty overwhelming at times: no sooner have we applauded one set of musicians than the next appear, veering the tone in another direction, and penning every note is fraught with the risk of missing something great.

There’s no missing Jarvis Cocker, though, the cheers rising like an engine as soon as he’s glimpsed at the artists’ entrance. He’s no disappointment, all deadpan charisma and geek-dancing through an Ennio Morricone-styled ‘Why Did You Make Me Care’, its horns and brass screeching evocatively. But it’s The Mighty Boosh who get the real welcome, an inspired lineup addition that brings theatrics and humour to a stage that’s been, in the main, pretty solemn and respectful. Clad in cloaks to perform a song about wearing cloaks Noel Fielding and Julian Barrett banter and digress in seeming defiance of the pressured schedule, their manner easy and their demeanors relaxed. “That’s right ladies and gentlemen – it’s time for a glockenspiel solo” says Fielding. “The most sexual of instruments.”

It’s not until the second half that a song gets a second hearing, with Franz Ferdinand attempting to outdo The Guillemots’ earlier take on ‘Saint Dude’. They don’t, quite, although their leaner, more uptight delivery serves to highlight just how far interpretations can differ and how varied a song can be.

By the time of Beck’s arrival half an hour from the close we’ve pretty much forgotten that he’s coming, and his understated, almost cowed aspect suggests he’d rather the attention here be kept off him. To that end his own contributions fade a little to conventionality besides the eclecticism that’s preceded them, their country leanings more Sea Change than Odelay and a step beneath the invention of his guests: essentially Beck’s been upstaged by his own songs in the hands of others!

Much better are his collaborations, the first a sleazy and drunken ‘We Do’ with Charlotte Gainsbourg and Conor J. O’Brien that closes the main set and then a final starry ‘Rough On Rats’, Jarvis and Beck striving to out-dance the other, before a curtain call that literally stretches to the wings.

Granted, taken just as music there’s been little here that’s truly groundbreaking, truly game-changing, merely consistently excellent, beautiful and frequently moving. But it’s the idea that’s killer, the execution flawless and the excitement – of heading out having witnessed three hours of art, not just songs, that won’t be replicated, won’t have nine months of touring or a tie-in boxset or anything, really, beyond an indelible set of memories cut far deeper than any YouTube playlist or arena show ever could. Deliriously, electrically palpable as we exit into the night, wondering when we’ll see innovation on this scale again.