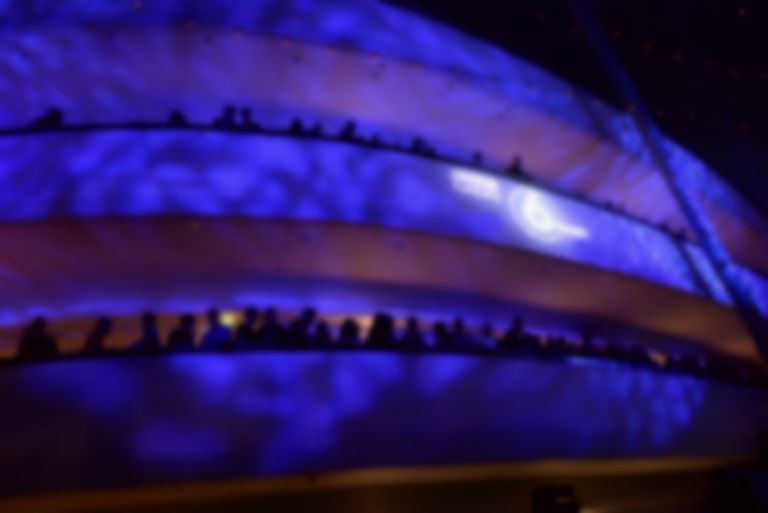 And so it begins- the BBC 6 Music Festival comes to Tyneside. An area oft neglected when it comes to festival season, this weekend is a chance for the Northeast to show off, to prove to the rest of the country (watching and listening at home) just what a great region the Northeast is when it comes to staging live music. 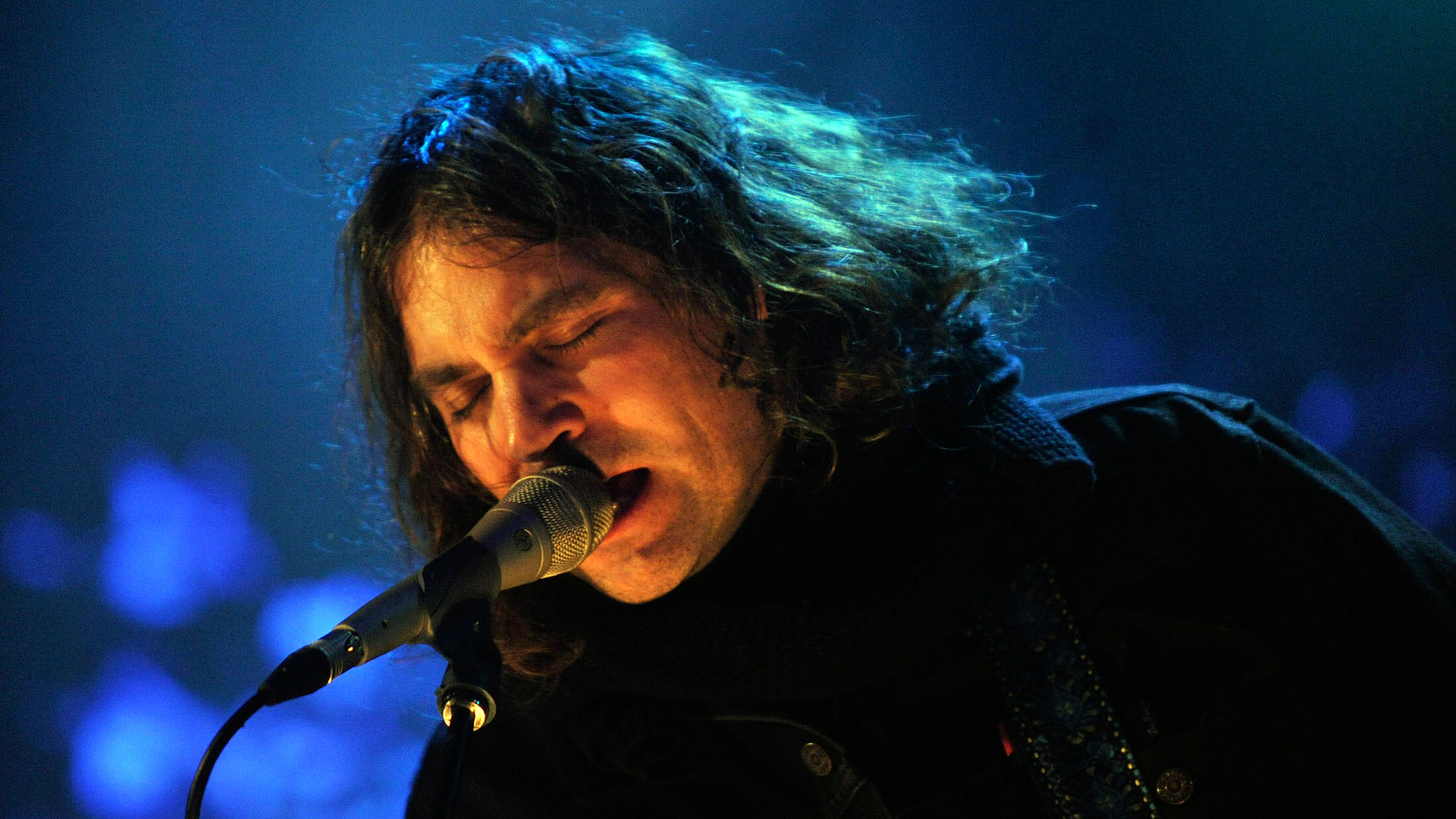 Opening up the festival are The War On Drugs, who start off by saying “this one goes out to Lauren Laverne”.   Their set is so criminally short that it comprises solely of four songs from their hugely successful third album Lost In The Dream our album of the year for 2014), yet the half-hour show is as lustrous, swirling and beautiful as the album itself. All the songs, including “Under The Pressure”, are played to their full expansive length, with vocalist Adam Granduciel saying “let’s party!” before setting into “Red Eyes”. The War On Drugs delivered a pleasant tease - you could even see this short set as a clever marketing tool, as they’re headlining this very venue next week. So that’s worked out well for them. 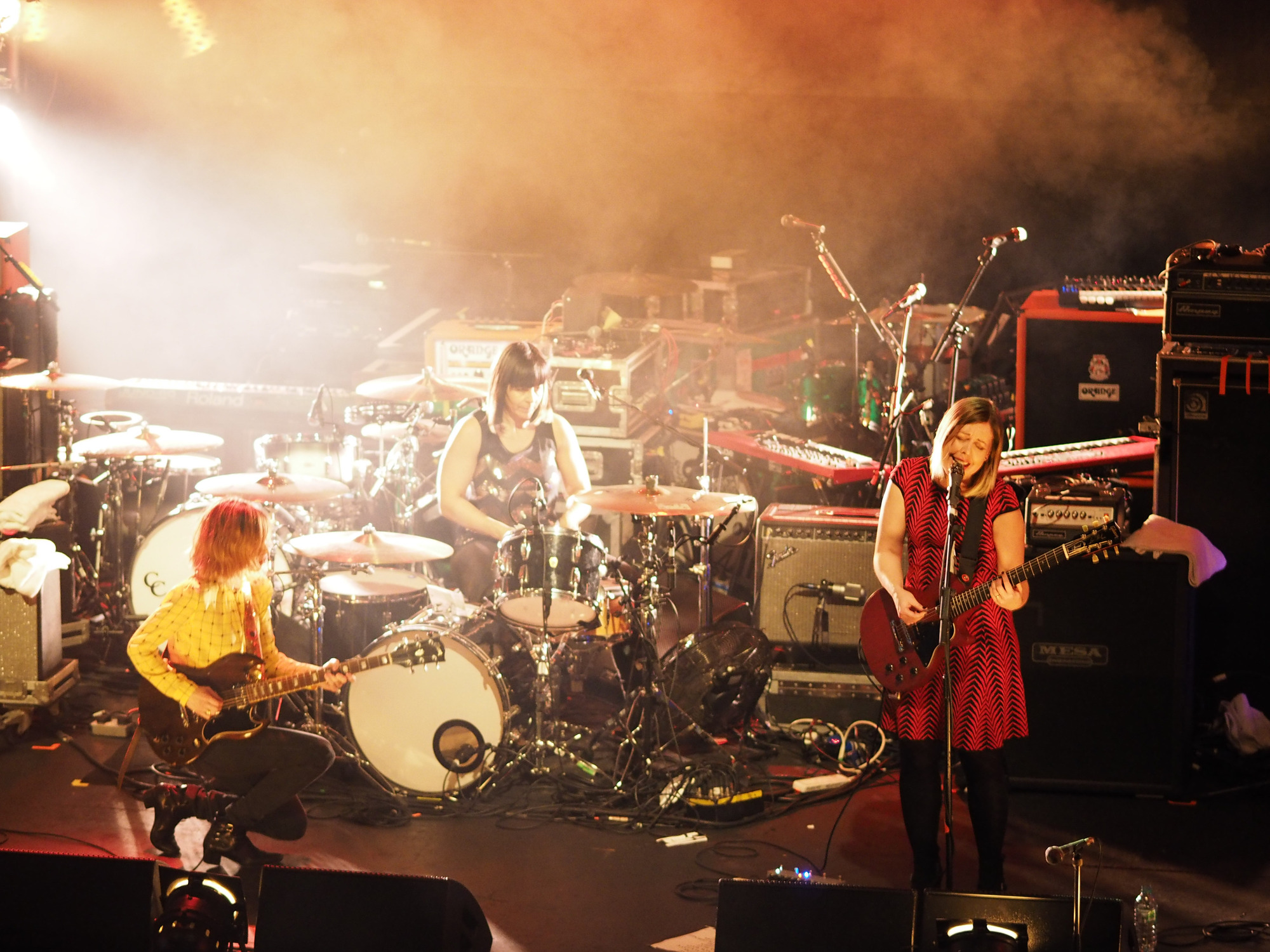 Next up was Sleater-Kinney, proving to be something of a coup for the organisers as they were playing their first UK show in almost a decade. The trio hurled straight into the opening tracks from their recently released eighth studio album No Cities To Love, with “Price Tag” and “Fangless”. The trio rarely let up in their nine-song set, with drummer Janet Weiss thrashing so violently at the skins of her drums that it looked like she was about punch straight through them a la Miles Teller in Whiplash. Sleater-Kinney showed no signs of rustiness, breezing through their set with urgency and ferocious energy. It was great to have them back.

Dressed all in black (as ever), Interpol followed the trio.  With a performance as sharp as their suits, the band glided with finesse through a career-spanning set, including “Say Hello To The Angels” from their 2002 debut as well as the dark post-punk of last-year’s single “All The Rage Back Home”. Playing to a moody, atmospheric backdrop of stormy seas and a cityscape, Interpol barely acknowledge the crowd, but as they take to leave, frontman Paul Banks took a moment to suck the audience’s adoration in, a smile eking across his face from ear to ear. It was great to see how much the gig meant to him.

In the intermission before headliners Mogwai came on, I heard two different groups of people say ‘are you going to stay for Mogwai?’ I was surprised to hear these sort of comments - could Mogwai win them over?

There couldn’t have been a better response to these sorts of criticisms from the Scots, with their lights and bone rattling volume ensuring everyone would be paying attention. It was an onslaught. It could have blinded and deafened you. At one point, I turned around and the couple behind me had their hands over their ears. The noise was just incredible. Mogwai’s set spanned songs from their 1997 debut right up to 2014’s Rave Tapes, and near the end of the set guitarist Stuart Braithwaite said “I think the last time Interpol played before us was in a pub in New York in the 1990s”. Mogwai comfortably proved any naysayers in the crowd wrong, delivering a brutal onslaught of a headline set that left me with a stinging headache for two hours after I left. Job. Done.

Nestled at the foot of a typically dramatic Tyneside railway bridge, Newcastle’s Ouseburn area is a welcoming cluster of former industrial buildings adapted to suit contemporary creative endeavours. Of course, this is a common feature of modern British cities, but Ouseburn feels a little warmer and less exclusive than, for instance, London’s Dalston or Manchester’s Northern Quarter. A fitting venue, then, for the daytime section of a warmer, less exclusive version of the kind of multi-venue, hipster-friendly new music festival popularised by events like The Great Escape and Tramlines.

The Saturday of the BBC 6 Music Festival starts off here, spread over several venues including the Cluny and the Cumberland Arms. At midday, the Cluny plays host to The Wave Pictures, whose wonky, laid-back pub rock is a rich reward for earlycomers. Joanna Gruesome follow, and are truly excellent. Faultlessly tight thanks to tireless touring, this young band’s command of exquisite, glittering vocal melodicism and ability to frame such prettiness with frenetic noise is really something to behold. “Secret Surprise”, from 2013’s Weird Sister, is a particular highlight, and the new material they perform today makes the prospect of their new record, Peanut Butter, a very exciting one indeed.

Shortly afterwards Sleaford Mods take to the stage just up the road, at the Star and Shadow. Articulate, belligerent and utterly captivating, Jason Williamson and Andrew Fearn project an air of genuine importance. It is a little disconcerting, however, to witness such uncompromising and unadulterated critique of frothy liberalism, crushing Conservatism and social mobility passionately orated to such a middle-class, middle-aged audience as this. This doesn’t detract from the power of the performance, but it does feel like an interesting juxtaposition. The set is followed by a fascinating discussion of punk poetry, chaired by Gideon Coe but dominated by his guests, Sleafords’ Williamson, Penetration’s Pauline Murray and the inimitable John Cooper Clarke. 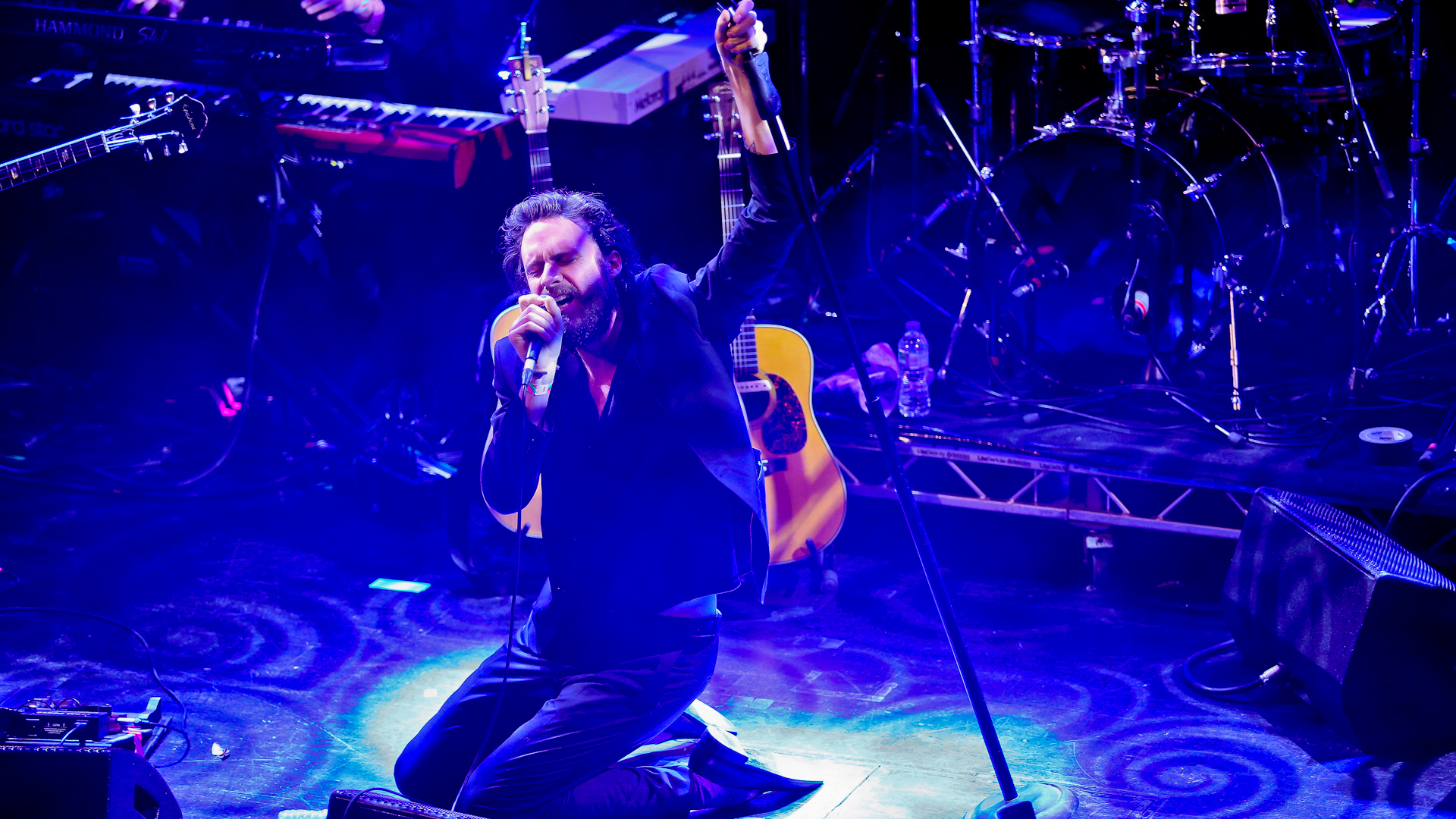 The festival’s late evening and afternoon events take place across town, at Gateshead’s imposing Sage. Hall 2 has a particularly strong line-up; although Ghostpoet’s polished, pleasant-enough trip-hop sketches largely fall short of any real impact, his set is followed by an incredible performance by Father John Misty. Josh Tillman, it seems, is an artist who is currently occupying the heady peak of creative powers, and knows it. His songs are riddled with wit and ingenuity, combining peerless lyricism with heart-rending melody and enough charisma to fill halls many times the size of this intimate room. His is easily the performance of the day – and that’s saying something.

Misty leaves his audience reeling, and although Ibibio Sound Machine, Kate Tempest (in Hall 1) and Simian Mobile Disco (in the Concourse) all turn in highly accomplished sets, he seems a near-impossible act to follow. Django Django come a little closer, their infectious, Afrobeat-influenced post-punk provoking some quite remarkable dance moves from a now-tipsy audience, before it falls to The Cribs conclude Saturday’s Hall 2 schedule. The Jarmans are not quite on top form this evening – they seem a little distracted throughout – but even when on semi-autopilot they’re still an exhilarating live act.

To think that this radio station was in danger of closure only a few short years ago. If anything, the second BBC 6 Music Festival proved that not only does BBC 6 Music have a whole lot of life left in it yet, but so does Tyneside’s music scene. I can’t stress how important it is that 6 Music came to Tyneside this year, an area that deserves more attention when it comes to live music, especially festivals. Hopefully somebody out there was watching and listening in, and will have seen just what a monster success 6 Music has had in Tyneside. Having hosted brilliant acts from both here and across the pond, can 6 Music deliver one last hurrah before they leave Tyneside?

Of course they bloody can.

Unknown Mortal Orchestra started off proceedings with their satisfactory if not a little underwhelming blend of psych-pop, premiering some new songs, something that quite a lot of the acts that played also chose to do. 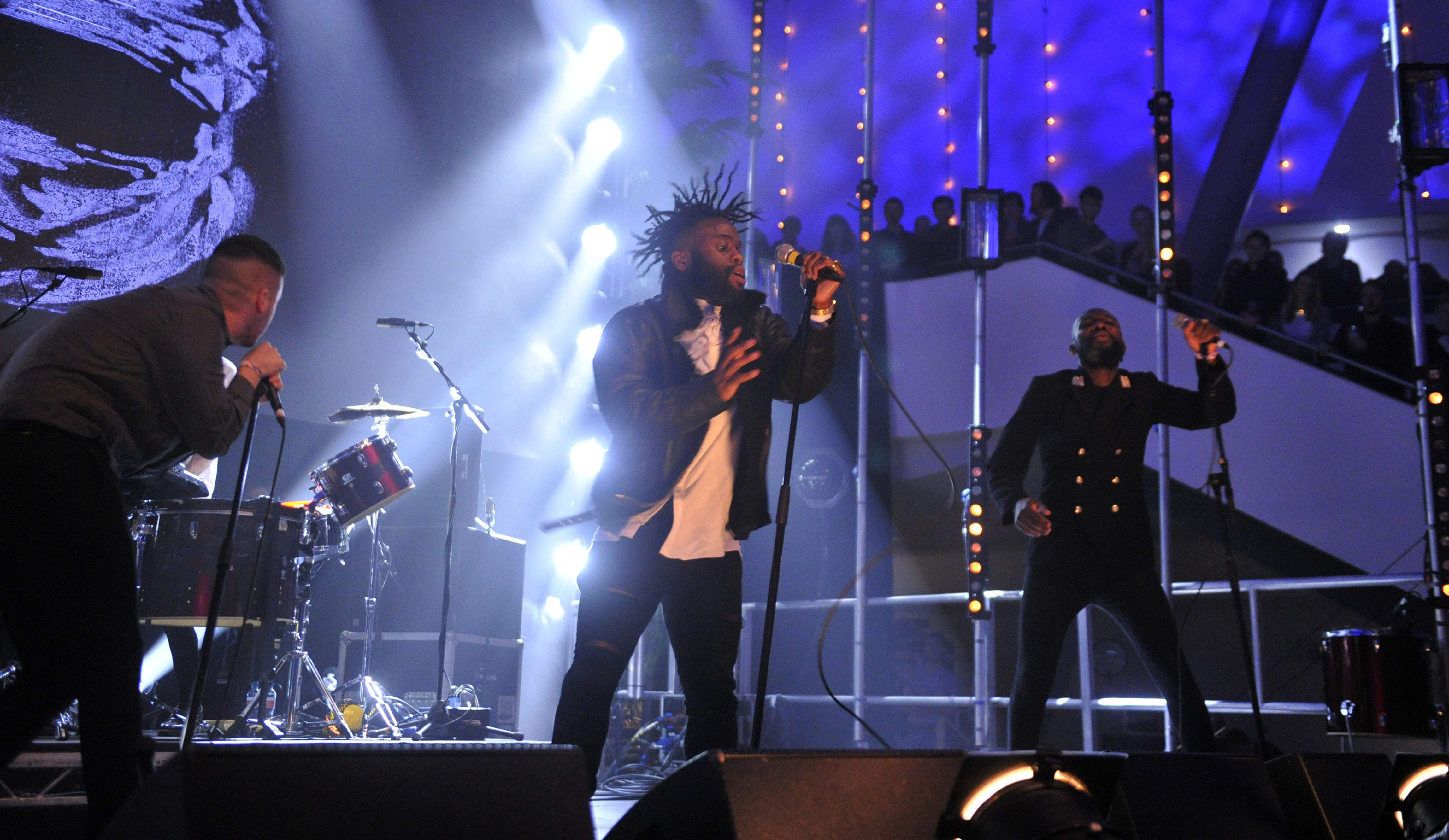 And this all changed when Young Fathers were up next on the Concourse stage. Spectacularly creative, the Mercury Prize winners hurled through a set that included everyone’s favourites from their award winning debut Dead as well as their brilliant post-album singles, “Soon Come Soon” and “Rain and Shine”.  I’ve watched parts of the set back on the internet since, and what glared back at me is how the intensity of Young Fathers performance, the relentless energy, just seems to have been lost in translation into a broadcast. It was disheartening to see on my screen. Young Fathers, in the flesh, reek of bolshie confidence and are true performers, rarely speaking to the crowd but often leaning into to make penetrating eye contact. It was unnerving and exciting. I’m excited for their next album, White Men Are Black Men Too, out on 6th April. They were a revelation. 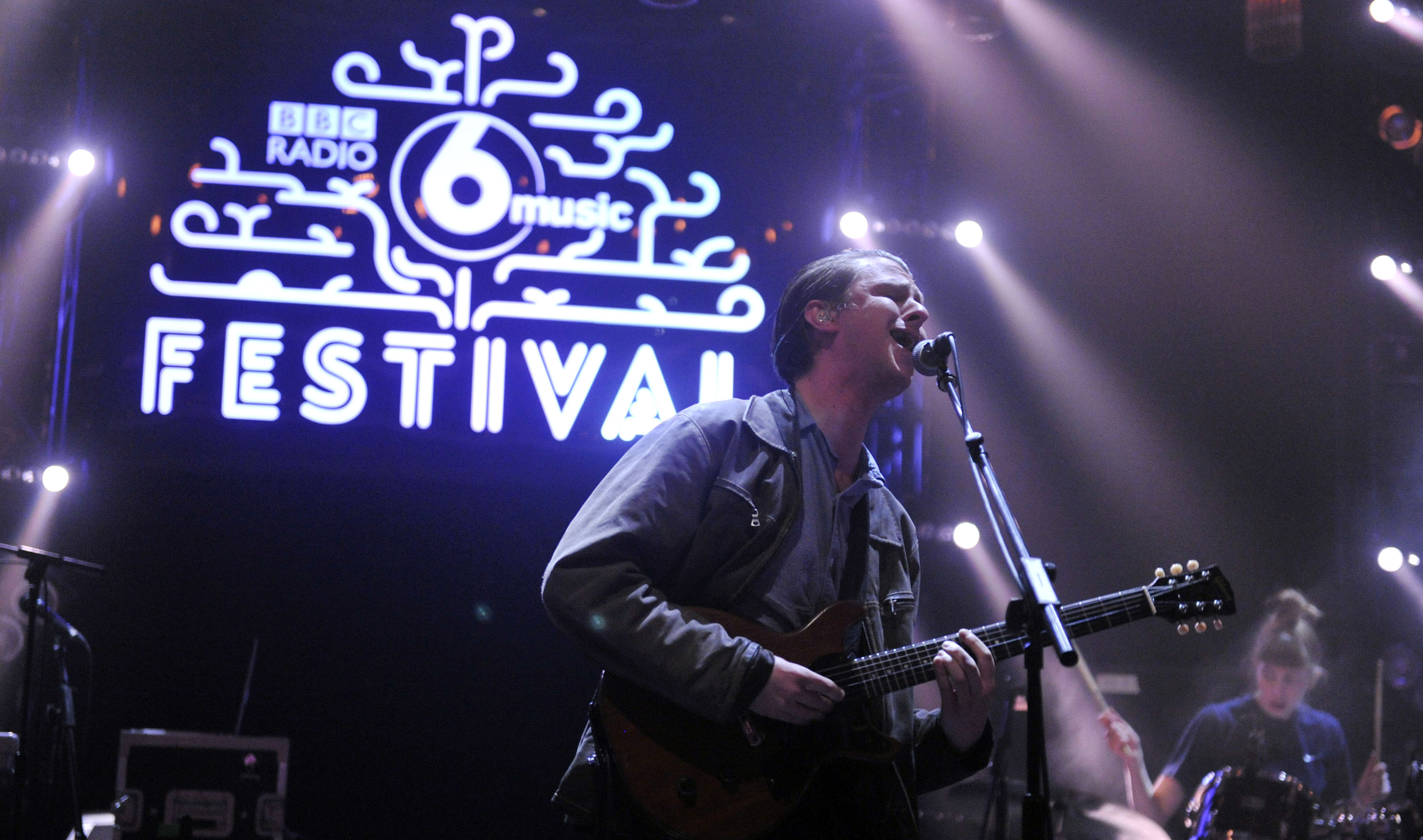 On the other hand, Jamie T was very much as expected. Slick, cool and with a great sense of fun, the man who we’d lost for so long (although, with the recent announcement of an upcoming E.P Magnolia Melancholia, it now seems like he refuses to go away) came out with a career-spanning crowd pleasing set, including “If You Got The Money”, “The Man’s Machine” as well as “Zombie”. It was fast, it was loud and it caused a ruckus. Excellent stuff. 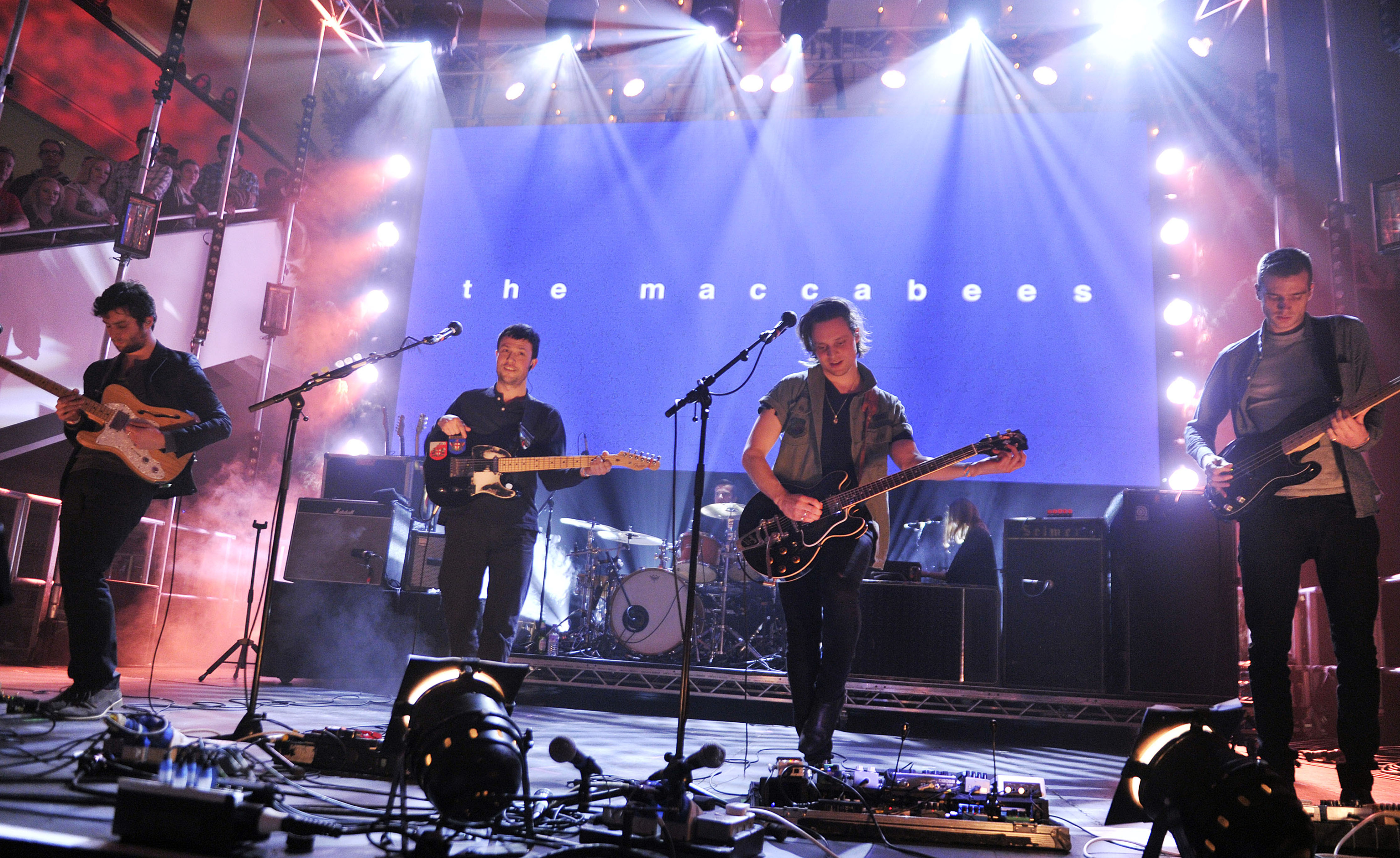 Then it was The Maccabees, given the task of closing 6 Music Festival off for another year before it decamps to another fortunate British city. The five-piece also delivered something of a greatest hits set, but peppered it with a series of new songs as they grinned and pogoed through an hour long set. Frontman Orlando Weeks said that they had been working on the new album for over three years now, and that had finally finished it last week. The new material, thankfully, sounded strong, coming across as something of an evolution from Given To The Wild and ever more unlike the ‘landfill indie’ that they produced earlier in their career - which is, of course, a good thing. For the record, I’m actually quite fond of the so called ‘landfill indie’ The Maccabees dished out several years ago, with some of the loudest cheers screeching out when the band launched into “Latchmere” and “Precious Time”. But it hit a peak at the end, with the closing one-two punch of “Grew Up At Midnight” and a storming rendition of “Pelican”.

I’ve been to both 6 Music fests now, and both have been resounding success stories. It was a real treat to see 6 Music come to Tyneside, which was itself a brilliant host. Until next year, then.

See performances at www.bbc.co.uk/6music. Highlights will be on BBC Red Button across the week.