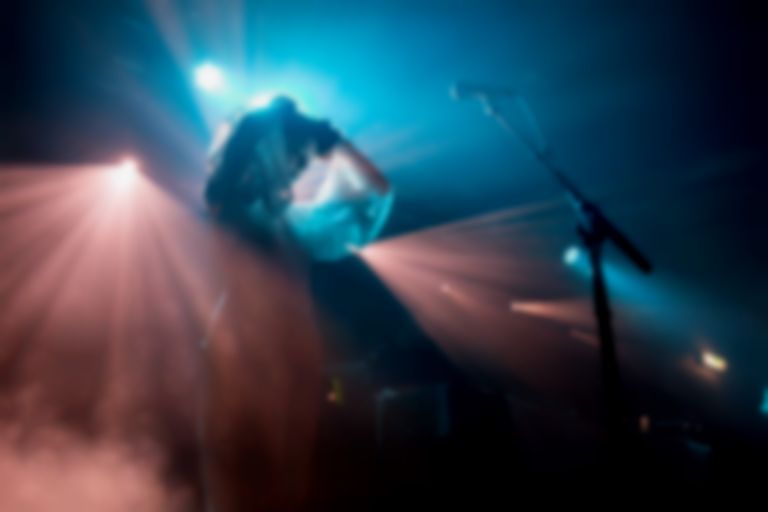 Samaris bring their clinical, soul-cleansing electronica to The Louisiana in Bristol for a heady night of transcendent joy.

The band are celebrating the release of third record Black Lights, and arrive for their first ever show in the city. During the set they nod to the influence of Bristol's electronic scenes – the impact of trip-hoppers like Massive Attack and Portishead is clearly felt in Samaris' sounds – and appear genuinely thrilled to be performing somewhere they hold in such high esteem. The feeling's mutual, with fans packed tightly into the sweltering venue.

They open with a cover of Mammút's "Glæður", pulling the ripcord on an evening of vibrant beats and heart-stopping basslines. Doddi's in fine form tonight, shaking the very foundations of The Louisiana, which is drenched in a sea of blues and blacks. The low lights and high intensity make for a unique atmosphere you'd normally only find in dingy, dank clubs – the pageantry of the night is subtle, but effective.

Over the years as they've grown closer and grown bolder in their ideas, Samaris have morphed older material into new shapes. Their second (or debut, if you wanna be pedantic) record Silkidrangar was even reworked into a whole new album based upon the way it was played live; as such, much of the material is slightly different to how it was on record. They don't even play “Góða Tungl”, perhaps the trio's biggest tune to date, in its original form, playing instead a livelier remix full of throbbing bass and crackling percussion. These alterations bring their entire catalogue into line with their direction in 2016: streamlined, cerebral electronica with rich dance seams.

The setlist's a compact nine tracks, but the set stretches well over an hour – they stretch and warp and bend and twist their music on the hoof, with many cuts extending over their original length. Although they don't play an enormous amount of songs, all the bases are covered – older fan favourites mix with bold new material, and it feels like a robust, expansive set. There's enough of Black Lights to get a real feel of their new direction (“R4vin” is a particular highlight), but they don't saturate the evening with it.

Black Lights is often claustrophobic, but live Samaris let it breathe. Gone are the crystalline snaps and ephemeral atmospheres; they become entirely different beasts, morphing into kinetic forces and catalysts for shape cutting, with semi-improvised moments and long sections of free-flowing fluidity; Doddi's production is visceral, deep, and complex, forming a solid bedrock for melodies to unwind. On record, Samaris make music to get lost in, but when they perform that same music, it's something to lose yourself to.

Samaris' first outing in Bristol is a thorough treat, and hopefully they don't leave it quite as long before returning.