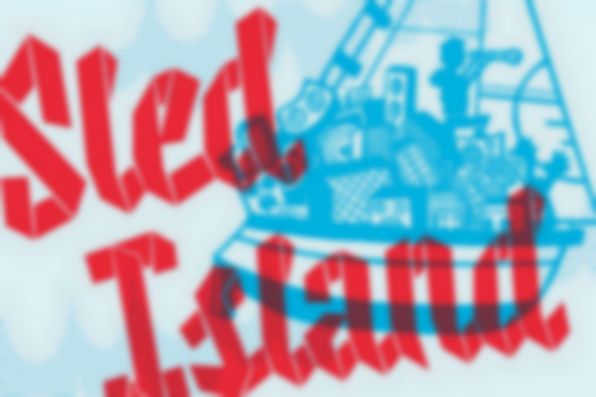 Last week, Calgary, Canada hosted the eighth annual edition of Sled Island, a multi-venue festival that featured the likes of Dan Deacon, Spiritualized, Blitzen Trapper, Chelsea Wolfe, and RHYE. While it’s a tricky task to boil any epic experience down into list form, here’s ten of our favourite things about our five days of music abroad.

Take it from an American in Canada - the cliché is true, they really are more polite and friendly than we are. Everywhere I went, musicians, music fans, and fellow journalists were eager to educate me about the scene. While I would have had to clone myself to actually see all their recommendations, I did manage to catch RHYE (sexy), Renny Wilson (sexy/freaky), Doug Hoyer (boy next door charming), and Slates (noisy Joy Division fans). You guys REALLY like each other, and I really like you.

After last year’s cancellation due to floods that devastated the Alberta region, the tagline for the eight annual Sled Island Fest was “#NobodyRainsOnOurParade.” The slogan was taken to heart, even when Neko Case canceled her headlining set at the last minute and a seemingly apocalyptic storm rolled in. Not only did fans turn up in droves to the show, many danced in the rain. Take THAT Mother Nature.

After last year’s disaster, Sled Island offered ticket refunds with a caveat - if everyone turned in their ticket, they would go bankrupt and wouldn’t be able to keep the festival going. While some fans took the money and run (understandably - times are tough everywhere), most opted out of their refunds, assuring that their beloved festival would live to see another year.

Resolved: you haven’t lived until you’ve seen a post-punk band perform at a senior citizens’ club, sparkling DJ sets spun riverside, or a shirtless man covered in confetti at the Canadian Legion (a building festooned with the country’s flag). Traditional bars and clubs - who needs ‘em?

Representing England was Spiritualized, who performed an impressive, career-spanning set. Representing the Brit Pop era was frontman Jason Pierce’s hair. I think I speak for everyone when I say, never change buddy.

6. Chelsea Wolfe telling off disrespectful crowd members during her set

You know the feeling when you’re enjoying a musician you really love…only to have the set ruined by the person next to you, who has decided now is a great time to describe the plot of every South Park ever to his date? Sure it sucks - but just imagine how annoying that must be when you’re the one on stage pouring your heart out. During her haunting set at Commonwealth Bar & Stage, Chelsea Wolfe was confronted with a clutch of rude attendees. Rather than let them derail the vibe, she sweetly cooed, “I love being the background to your conversation.” The Los Angeles singer/songwriter made a room full of fans that night.

How do a handful of beautiful weirdoes end up playing at the same place on the same night? Because Sled Island actually cares about what audiences want to see. Not having to run through the city streets to multiple venues in order to see Renny Wilson’s soft disco pop, B.A. Johnston crack jokes about deep fryers, or participate in Dan Deacon’s spacey dance party makes for a very good night indeed.

8. The “You Can’t Keep a Good Man Down” award goes to: Dan Boeckner

Hot off the demise of his previous project Handsome Furs, Dan Boeckner formed Operators, an electro rock project with copious amounts of hooks and swagger. It was the band’s seventh show - and first ever in Western Canada. They were (rightfully) welcomed as heroes.

Okay, so maybe pointing this out means I’m getting old. (Guilty as charged.) But any festival that weighs its events towards the evening, thus giving me a few extra hours to bond with my bed, gets my vote. (If you are an early riser, I suggest making time to eat your way across town—classic cocktails, and pizzas, and tapas, oh my!)

Annie Clark deserves and entry all to herself. Four albums in and the singer/songwriter has fully made the transition from girl next door to guitar pop weirdo - and the world is better for it. Her dark and twisting festival closing set was exactly one utterance of “silencio” away from becoming a David Lynch production.