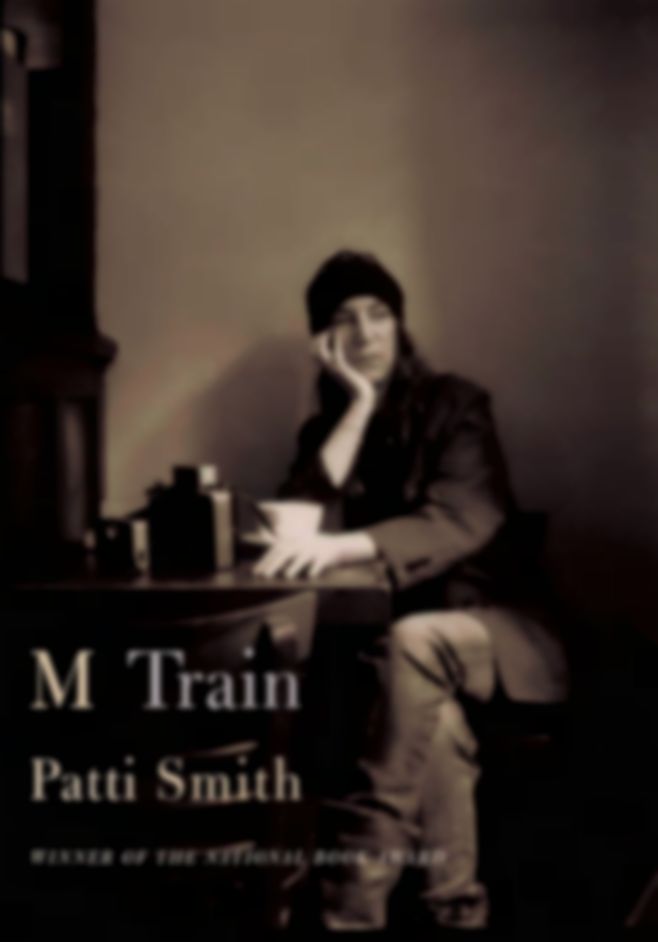 There's a drinking game with a difference waiting to be discovered on the pages of M Train; every time Patti Smith mentions having a cup of black coffee, the reader should down a strong dose of the stuff, too.

The chances are that even the most avid caffeine aficionado would lie awake for days on end if sticking to these rules. One of the things we learn from Smith's follow-up to the justifiably praised, National Book Award-winning Just Kids is that the legendary poet, musician, painter and writer appears to have a superhuman capacity for downing copious amounts of coffee, as well as having an encyclopaediac knowledge of the most personable cafes around the globe. We also become aware that Smith has an enthusiasm for TV detective series, particularly The Killing, both the Danish original and the US remake; at one point during the book, she delays going back home to New York in order to binge on less than hip British detective series at a hotel in Covent Garden.

By now, you may have gathered that we're not discussing a conventional rock memoir. All sorts of musicians have had a go at penning autobiographies, ghost-written or otherwise. Some (Keith Richards' Life, Neil Young's Waging Heavy Peace) succeed by transmitting a real, engaging sense of their author's personality. A few - Kim Gordon's Girl In A Band, for example - pack genuine literary merit. Smith's first non-poetry book Just Kids belonged firmly to the latter category. Beautifully written, it resembled Bob Dylan's enigmatic Chronicles in its compelling descriptions of formative experiences in its author's creative career, in Smith's case her life-changing, horizon-widening relationship with photographer Robert Mapplethorpe when the two were living in borderline poverty in the rich artistic milieu of late 60's New York.

Rather than opting for the relatively conventional narrative of its predecessor, M Train skips unpredictably in time, place and even realm; the book begins and ends in Smith's dreams. "It's not so easy to write about nothing", Smith writes on the first page, yet - in a way - that's precisely what M Train sets out to achieve. As opposed to being built on exploring a certain theme or taking the reader back to a particular era, the book aims to create an impression of Smith's solitary life and state of mind as a travelling artist round about now: as such, M Train is a whole lot more interested in describing trips to Smith's favourite New York cafe - no longer there - than, say, dissecting the making of 1975's proto-punk set text Horses; that was then, and Smith is more keen on the here and now. This determination not to look too far back like a memoir is meant to is accompanied by a handful of flashbacks to Smith's life with late husband (and MC5 guitarist) Fred "Sonic" Smith; however, Smith quickly pulls back the curtains on these stunningly written, bittersweet sections; as she points out, some memories are just for her.

This habit for evading what you'd expect to read about in a musician's memoir will no doubt be frustrating to some and, to be fair, as evocatively written as it all is, M Train is occasionally a bit too skilled at capturing the tedium of everyday life; the glimpses into Smith's artistic obsessions, for example, will prove either enthralling or slightly over-baked depending on your level of interest in the writers and artists in question. However, a writer of Smith's calibre is capable of crafting compelling text even when writing about, well, nothing: you may well be exasperated by the lack of fireworks and overt story arc in places, but the chances are the dream-like, melancholy feel of M Train will linger long after you've put the book down.