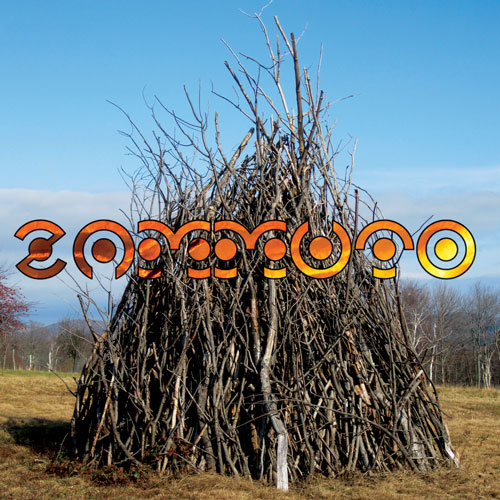 Just when fans started to finally catch up with the futuristic, found-sound alchemy of the Books, the New York experimental duo comprised of Nick Zammuto and Paul de Jong called it quits after 11 years of confounding and captivating the eardrums of the music world. Thankfully, Nick took very little time to form a new musical project simply titled Zammuto, whose self-titled debut record expands on the unbound sonic parameters set by his former band, but brings a renewed sense of focus and warmth that was lacking in his occasionally distant previous work.

Zammuto left Brooklyn a few years ago to build a secluded homestead for his family in rural Vermont, and turned the backyard shed into a recording studio where much of the record was created. That stark feeling of isolation and separation colour the entire record, which is full of pulsing, inventive songs that at their core have a sombre, pensive essence.

In addition to Nick on guitar and vocals, the Books guitarist/keyboardist/violinist Gene Back joins Zammuto, along with drummer Sean Dixon and Nick’s brother Mikey on bass. And while Zammuto’s heavily processed vocals hide a bit of the raw emotion at the heart of these songs (along with the jocular wordplay featured in the titles themselves), those despondent feelings still resound in the downcast, spare arrangements that are featured throughout the album.

The album launches with the decidedly tongue-in-cheek titled ‘Yay,’ which features Zammuto’s chopped vocals over a lurching rhythm and funereal organ strains. Is serves as a smooth transition from his former project to his new one, and with ‘Groan Man, Don’t Cry’ the shift is fully complete, as the sprawling, dynamic track features Zammuto’s vocoder-drenched vocals repeating the phrase “It’s all good/It’s alright/Crisis solved” over his sprightly guitar riff. The healing, restorative number eventually blossoms into a flurry of arpeggios and encouraging lyrics meant to uplift a fallen subject during his darker moments.

‘Idiom Wind’ is a direct homage to Dylan’s caustic ‘Idiot Wind’, with the jazzy percussion featured on the track never clouding the crystal-clear lyrics, which drive this song more than anything in Zammuto’s back catalogue. The clever song titles continue on ‘F U C-3PO,’ and once you stop laughing over the absurdity of the track’s name, the thoroughly modern number unfolds rather majestically, and blends seamlessly into the album’s centerpiece, ‘Too Late To Topologize,’ which sounds as if an autotuned Justin Vernon found his way into Zammuto’s distant Vermont studio during the recording.

‘Zebra Butt’ has striking keyboard riffs at the start that sound as if they could, indeed, emanate from a zebra’s butt. But the track is far classier than the title implies, and gradually coalesces into a forceful, funky statement that emphatically puts someone who has wronged you in their rightful place. ‘Weird Ceiling’ is a glorious collage of many different musical styles, boldly making the transition from clubby house music to free jazz to fidgety drum and bass over the course of its tumultuous run.

After the wildly inventive ‘Ceiling’ things take a mournful turn on the wistful ‘Harlequin’, which is drenched in forlorn sentiment but still is able to surprise listeners with enough modern flourishes to keep from being too mawkish. The album draws to a close with the buoyant, optimistic churn of ‘The Shape Of Things To Come’ and the spare elegance of ‘Full Fading’, which brings a level of calm to the turbulent feelings generated earlier on. The creative curtain has certainly been drawn back quite a bit on this new project, and the reticent artsiness of the Books has been replaced by the genuine, unvarnished emotion of Zammuto, whose imaginative musical story thankfully goes on.