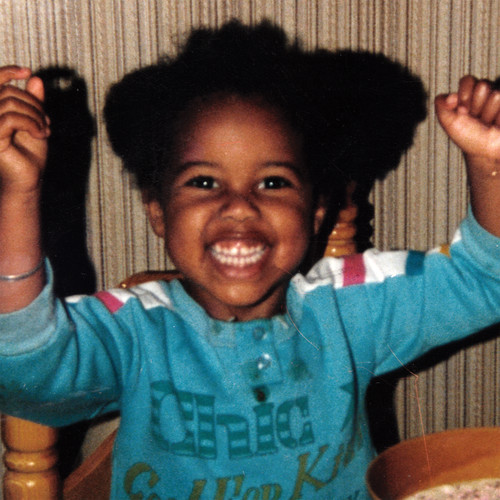 Young Fathers are primed for something big. Hints of it have been percolating for a few years now, but the re-release of Tape One back in January saw all their early promise come to fruition and forced anyone in its path to acknowledge that this Edinburgh based trio might just have something very special. Tape Two really hammers that home.

What sets Young Fathers apart from the throngs of other hip-hop groups is their sense of sonic adventure, because even to label this as ‘alternative’ or ‘experimental’ hip-hop would seem too reductive. An overflowing melting pot of African rhythms; r&b; grime; pop; ambient noise and, of course, hip-hop all inform the their wildly unique sound. Not content with that experimentation it’s then paired with a default production aesthetic which is bleak and muddied, buzzing feedback ricochets off every instrument as they rabidly mine the cracks between for morsels of beauty.

They find plenty of it as well, avoiding getting mired in a grim atmosphere by virtue of a real soul and craft to the songwriting. Such duality is immediately notable on opening track ‘I Heard’ with its creeping chorus refrain of “Inside I’m feelin dirty\it’s only cause I’m hurtin” showing that there’s little space for cliched bravado here. Their soulful side is pushed front and centre on the gorgeously specked ballad ‘Freefalling’ before it dovetails into abstract pulsating numerical electronica by the end. Their unpredictable nature is their ace card though, with their twisted dexterous verses invariably wrapped round oddly memorable little pop choruses blasted with abrasive volume.

Their tracks are short and sharp bursts for the most part, rarely cracking three minutes and crammed with ideas (sometimes to the point of disorientation) but it does mean nothing stagnates and keeping up with the stylistic shifts is an exhilarating task. ‘Queen Is Dead’ exemplifies that as arguably the most daunting track here, it speaks to a fairly oppressive atmosphere of urban decay with spat lines about “money cash for gold” over buzzing siren-like synths and thumping pan drums as eerie evocations of city nightscapes are ringing in the background. Alarm like sounds are a recurring theme throughout actually, and they build this subliminal tension in the songs really well, a creeping feeling of anxiety which wells up before being punctured by moments of melodic euphoria.

Closing track ‘Ebony Sky’ is the most accessible encapsulation of the various threads they dangle here; a luscious neo-soul anthem with crooning heart, pumping fists and a hell of a drop, it’s a triumphant closing statement. It also serves to underline how perfect their inter-breeding of styles is presented, so as to intertwine so perfectly they seem to belong together and the range of sub-cultures they draw from creates this sort of slippery unclassifiable, diasporic art which feels excitedly very much of its time (in a way that a lot of contemporary music doesn’t).

Tape Two is an almost excessively lithe shapeshifting little collection but I could not mistake a single song here as anyone other than Young Fathers, and how many bands can you say that about. Speaking to Best Fit earlier this year the band said that they already have a ton of material all but ready to release, and if the progression between Tape One and Tape Two is anything to go by then their full length could hold some real crossover appeal. Hopefully they won’t hold it back for too long now.