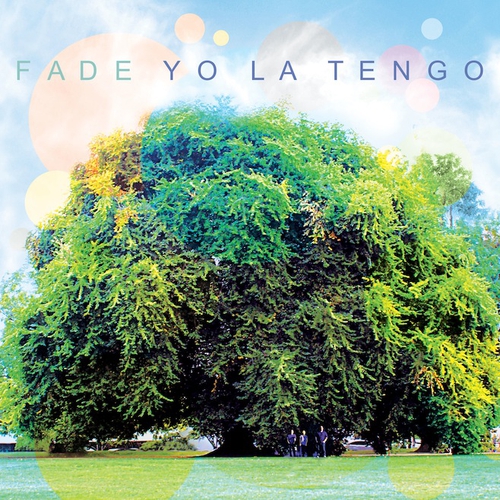 For over two decades, Yo La Tengo have made music that is intimate and sprawling.

Though they may lack the immediately obvious influential weight of bands that boast similar longevity, this may simply be for the fact that they don’t so much wear their influences on their sleeve as make cardboard placards that say “We like The Velvet Underground”. In a sense, they are the modest guardians of indie-rock, nervously poking their head round the corner to see how that nice band Radiohead are getting on.

Their combination of tenderness and eclecticism has the power to yield landmark records: see And Then Nothing Turned Itself Out, or I Can Hear the Heart Beating as One. Here they were warm even when they were getting all Jesus and Mary Chain on us. Hidden beneath the screeching, exhilarating 6 minutes of ‘Cherry Chapstick’, for instance, lay Ira Kaplan’s always beautifully self-conscious lyrics (“I wonder why girls don’t look at me when I walk by”), crafting some of the most brilliantly angry and awkward music of the ’90s. Sometimes, though, the band can travel too far in one direction. Summer Sun was, frankly, tame, and for I Am Not Afraid of You and I Will Beat Your Ass, their leash was left so far out of sight that the album’s few gems were hidden frustratingly amongst filler. 2009’s Popular Songs, in contrast, was deservedly acclaimed, as if they were merely toying with us all along. All of which is to say that Yo La Tengo are endearingly but undeniably inconsistent, and accordingly one heads into their new record, Fade, as if it were darkness.

The first thing to say is that Fade is the most concise and coherent record Yo La Tengo have ever made. Popular Songs hinted at this clarity, but its final two tracks were instrumentals that totalled nearly 30 minutes of music. at the time I said confidently that this decision was evidence of YLT’s unique passion for music, defensively asking friends who else would have the audacity to stick a 16 minute freak-out on the end of their album. While I still love the statement, I must admit to usually skipping past these 30 minutes; for me, Popular Songs ends with ‘More Stars than There Are in Heaven’ (in itself 10 minutes long). Perhaps, and although doing so would be no more than speculation, Fade’s lucid vision can be credited to YLT’s decision to recruit John McEntire (Tortoise) as producer, their first break with Roger Moutenot since 1992’s Painful.

Like all the best Yo La Tengo records, Fade has direction. Each of its first four songs deserves to be a lead single, and the next four are stunning in their restraint and modesty, benefitting from the mediating presence of ‘Stupid Things’ in between. ‘Before We Run’ is a perfect, soaring finale, almost an invitation for you to mistake subtlety for simplicity. Fade is vintage Yo La Tengo, but somehow gorgeously grown-up, with moments which your head will tell you sound normal, as if you have heard them before, but which make the rest of you feel contemplative and still. Fade is as timeless as Yo La Tengo’s best. You’ll have a stiff neck from staring out windows.