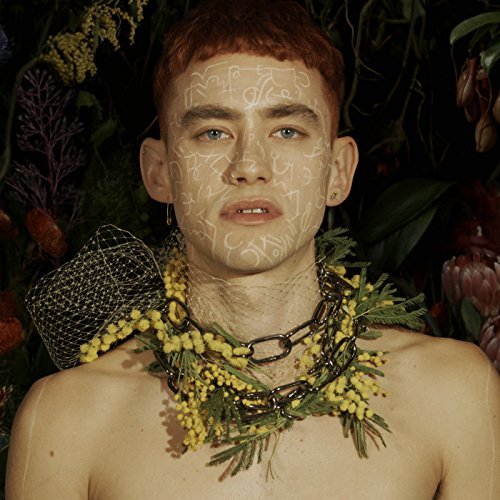 For many of us, the process of wholly embodying our queerness on our own terms has played out on the dancefloor. Scores of songs by queer artists position the club as a heightened reality to test confidences and personae that cannot yet be expressed in real life. Like Pet Shop Boys, Bronski Beat and Hercules and Love Affair before them, Years & Years understand this significance.

The development of Years & Years’ music and aesthetics can be read as a mirror of singer Olly Alexander’s personal trajectory: During first album Communion, he occupied the anonymous periphery of “Take Shelter”, and was a sinister club voyeur in “Real”. In “King”, he sang of burgeoning submission while being physically manipulated by a swarm of dancers; his expressions betraying his uncertainty in the ambiguous hierarchies of the dance.

Years & Years’ second album Palo Santo presents Alexander as a commanding presence in the spaces that he once negotiated tentatively. In the video for lead single and opening track “Sanctify”, he sets out his sexual demands with knowing certainty, stripping down and grinding on the floor with an unmoving stare: a solo dance as manifesto. Now the roles are clear: He’s the protagonist, the main event. His authority is awakened and evidenced by his self-assurance on the dancefloor, and the fully-formed conviction of his voice.

Palo Santo is evocative of the club in its visuals and house-influenced synths by Mikey Goldsworthy and Emre Turkmen, but also frequently in its lyrics. The therapeutic powers of hedonism are acknowledged in “Up in Flames”, with Alexander singing of “dancing to the sound of your demons falling down.” On “Hallelujah”, he roams the floor searching for someone to dance with “until our bodies are singing hallelujah”. This continues his preoccupation with gay sex as religious analogy while positioning the dancefloor as its holy site. These analogies are of course descended from years of pop music history: Palo Santo is particularly indebted to Pet Shop Boys’ “It’s a Sin” and Erotica-era Madonna. Yet for Alexander it feels revolutionary, as though he has reached the place that he was searching for on Communion’s “Border”: somewhere where “my body will be stronger/My heart it will start to shine/And I will be alright”.

Palo Santo retains the constant undertone of sexual submission that characterised Communion, but from a strengthened position: Alexander is done with searching for approval, now he’s telling his lovers what he needs. On “Hypnotised” he is seeking someone to “breathe me into life”, instructing his potential lover to “surround me body and soul”. “Sanctify” is formed around the order to “sanctify my body with pain”, with the assurance that “I won’t feel ashamed”. There’s also a newfound command to Alexander’s voice, which wholly carries the R&B inflections that were previously just hinted at. He is recognisable as the man who pleaded with his lover to “tell me what it is you want” over and over again on “Real”, but with a new-found understanding that wilful submission can be subversively powerful.

This authority is also evident in the record’s undeniable sassiness. On “If You’re Over Me”, the combination of breezy lyrics and vocal inflections with lighter-than-air electronics is the perfect kiss-off to a boy who doesn’t have the guts to become an ex. Delicious slow jam “Lucky Escape” is full of sardonic, petty details familiar to anyone whose ex flexes a new beau on Instagram: ‘“Do I have to see all the pictures of both of you/Is he a model?... You’re such a fake/Now you’ve got someone else to manipulate”. It’s refreshing to hear these lighter aspects of (queer) masculinity expressed amongst the characteristic high emotion.

These degrees of dramatic intensity makes Palo Santo richer with each listen. The segue from “Lucky Escape” into the self-contained depths of the title track is thrilling, as is the subsequent switch to the quiet of “Here”, a gorgeous miniature which wraps Alexander’s vocal in a cocoon of his own multiplied voice. The last track on the album proper, it feels like a reflective return: a circle back to its twin, Communion album opener “Foundation”. But where that song was full of existential romantic horror, Alexander now has the assurance to take comfort in his own voice when faced with romantic disappointment.

It’s a fitting final note of serenity and clarity on an album that sees Years & Years revisit the musical, lyrical and aesthetic concerns of their debut and refresh them with unprecedented confidence and self-knowledge. Where Alexander was once vulnerable and uncertain, he’s now in charge. He’s not hesitant anymore: like in the video for “Sanctify”, he’s tying his sweat-soaked jacket around his waist, ready to go.