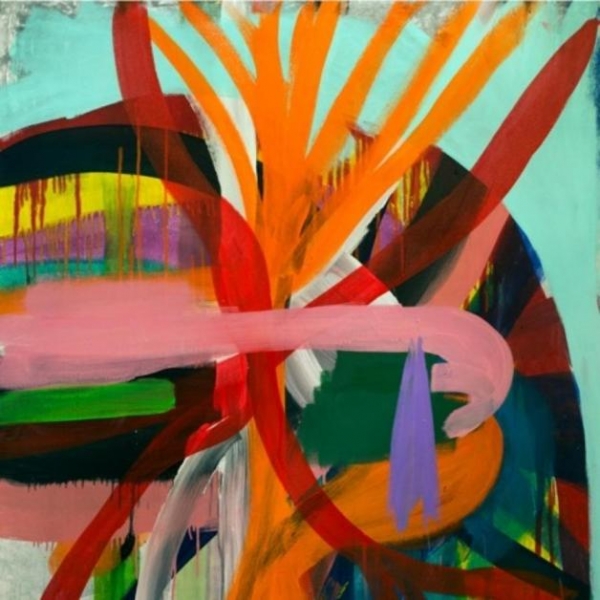 They’re wilder than any currently active band. They swing wildly between blues-driven jams to straight up rock 'n' rolling, and on their second full-length outing the trio have found the next level of the chaos. Like an eccentric millionaire, you never know what they’re going quite to do next, but you know it’ll be thrillingly absurd.

There’s an inherent characteristic within Yak that will only ever result in them giving absolutely everything, yet somehow, on Pursuit of Momentary Happiness, they find even more to dig up and use as coal for their runaway train. Imagine a rollercoaster that immediately starts on a death-defying drop, that you’re white-knuckling through with a chorus of cackles and joy, which swiftly takes you on a psychedelic mosey through a twisted fairytale tunnel - and that’s just the first three songs.

Everything about Yak lies deep within pulling a reaction from you. The swing inducing intro to “Words Fail Me” rouses you up once you’ve left the trippy darkness of the albums titular track, but there’s never a forgotten emotion. Amongst the madness lies a dualism between approaching the edges of psychosis and remembering human emotions exist.

But it is those truly wild moments that bring out the best of Yak. “Blinded By The Lies” with its calls of “Kiiick him in the face!!” Is a riotous as it is alarmingly convincing. “White Male Carnivore” is another ravenous number that quite literally hones in on the animalistic blood running throughout Yak, though brings out the satirical side of being a ‘white male carnivore’. The piece de resistance comes in the crescendo picking up the pace to breathtaking speeds to drive forward the closing call of “he’s got the whole wide world in his hands”.

Yak truly want every twist and turn of Momentary to be a surprise. They want the dark corners that throw you around to remain memorable while ensuring to provide those moments that allow you to really digest what’s happened and to get your guard down. Ultimately though, their wild-eyed nature is impossible to tame.