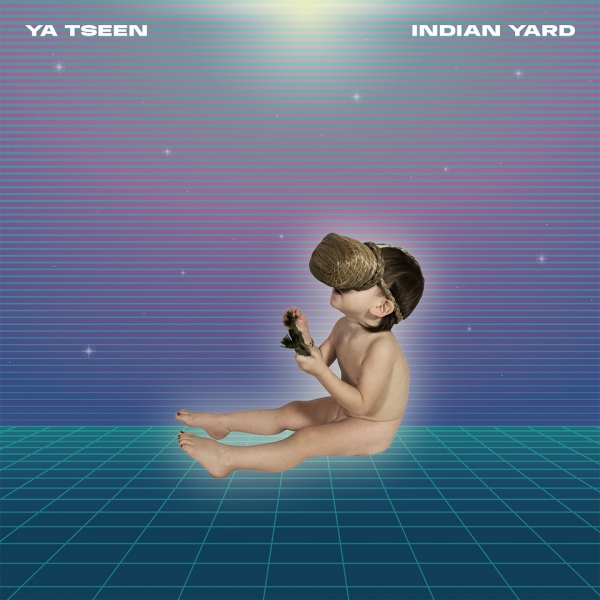 On Indian Yard, his debut as Ya Tseen, renowned visual artist Nicholas Galanin collaborates with eclectic acts, from avant-garde hip-hop duo Shabazz Palaces to Portugal, The Man. Galanin, who’s previously released music as Silver Jackson and Indian Agent, is Tlingit and Unangax̂. On Bandcamp, the album’s description says that it puts “Galanin, Ya Tseen, and Indigenous art at large in a current musical conversation with the likes of Moses Sumney and TV On The Radio, FKA Twigs and James Blake”. These comparisons are mostly accurate; they’re also where the record falls short.

Ya Tseen does indeed echo the brooding pop sensibility of TV On The Radio. “Born into Rain” opens with a falsetto that nearly clones Moses Sumney. The trippy R&B-tinged pop of opener “Knives” does sound influenced by James Blake, along with Tame Impala and even Mac DeMarco. The haunting psychedelia on tracks like “Gently to the Sun”, and “Synthetic Gods” does invoke FKA Twigs and even more so Shabazz Palaces, who are featured on the latter.

Comparisons emerge so readily because Ya Tseen, like many young projects, lives in the shadows of its influences. Ya Tseen traverses genres and styles with ease, but it never fully develops its own identity. In the end, the rap features steal the show: Shabazz Palaces, Stas THEE Boss, Tay Sean, and Yup’ik Inuit musician Qacung bring home the album’s final three, most compelling tracks.

Indian Yard aims to be a “a profound record of liberation”, calling for Indigenous sovereignty and other critical social justice goals, but you mostly wouldn’t know it from the lyrics. Unlike the work of contemporary Indigenous artists such as Black Belt Eagle Scout and Leanne Betasamosake Simpson, there’s plenty of banal sexuality (“We should touch / We should fuck / We can do it all tonight”) and little nuance when weightier topics do arise. With its lyrics and sound palette in well-trodden territory, the album doesn’t achieve its revolutionary aims.

Ultimately, Indian Yard doesn’t really leave the listener knowing Ya Tseen. But some songs do hint at a distinctive identity. “At Tugáni” combines a dry autotune — certainly influenced by Shabazz Palaces — with delicate strings and Carribean-influenced keyboards. It sounds a bit like Animal Collective, but not too much like them. The seeds are there; with Ya Tseen’s collaborative spirit, there’s real potential to grow and make a bolder statement in the future.