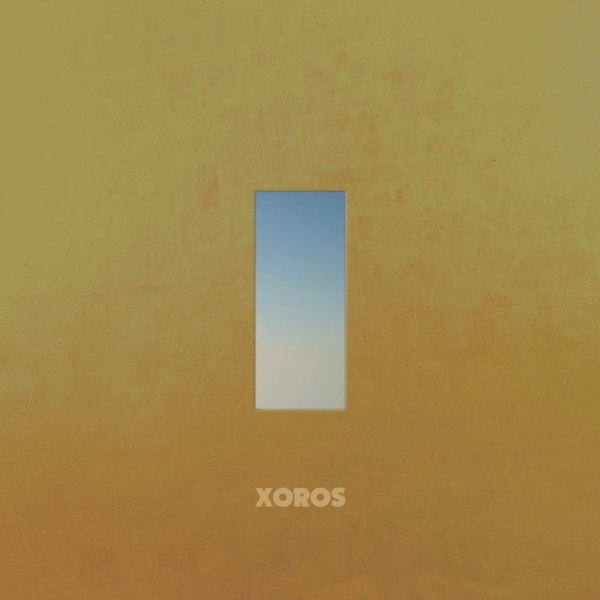 A stylistically ambitious and largely very successful album from Xoros (pronounced Khoros, in line with its Classical Greek etymological origin) that develops from techno rhythms to sonic mosaics, combining synths and a variety of field recordings, with the common element of the sax generally providing a convincing cohesive unity across the record.

The variety of textures calls to mind late twentieth and early twenty-first century recordings by Oval and the imaginative combinatory thinking of Fennesz. Will Ward and Jack Wyllie, who form Xoros, recognise the importance of a sense of purpose and structure to each piece, and thus avoid the danger of aimless atmospherics. The second track here, “The Gift”, takes a basic note sequence and builds an impressive array of sounds within and around it, without losing sight of the original motif in the mix.

It’s a disciplined approach that characterises the best tracks on this abum. Occasionally, a feeling of uncertainty of structure arises, as in “Cascading” where the liquid pattern seems to come into slight conflict with (rather than evolve into) a more energetic pattern. Where the solidity of a basic themes is firmly established, as in “The Machine”, the subsequent development of surrounding sounds is most impressive, and the same kind of insistence on fixing a specific pattern and then moving on, varying pace and rhythm but keeping the original intense expression in mind, works particularly well in “Paradise Cinema”. This could so easily have become a formless collage of aggressive sounds, but it retains its cohesiveness through the original thematic expression that then sets up the divergent but nevertheless related sequences that follow.

Ward and Wyllie never lose sight of this sense of unity, as the final track, “The Futures”, with its burnished synths sound, stays clear of wayward meandering, yet still conveys that feeling that one is never quite certain of its ultimate destination. It’s a trick that many so-called “ambient” recording never quite manage, but here Xoros holds everything together most effectively to conclude an album that bears repeated plays to appreciate its skilful handling of many disparate sonic features.