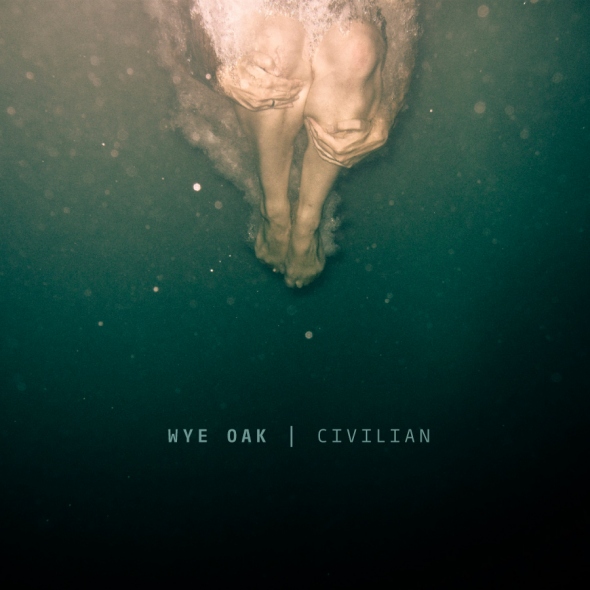 Wye Oak is the kind of band name that could only have emerged from America. The honourary tree of the band’s home state of Maryland which – according to my online sources, has been growing at the same site since the mid-1500s – it’s the kind of name that no British band (save, perhaps, Radiohead) would dare consider for anything.

Yet, when you think about it, there isn’t another name that would better fit this Baltimore duo. It suggests a strength and a resiliance – as well as a very definite awareness of, er, roots – that lie at the core of the band’s sound; singer/guitarist Jenn Wasner may nestle folksy, open-tuned arpeggios in layers of distortion, but even the record’s most blissed-out tracks pack a punch.

Civilian is certainly a more reined-in beast than 2009′s The Knot, but what it loses in seductive sprawl, it makes up for in focus. Wye Oak’s sound is a dreamy one, but at times, it feels as though you’re listening from an Elm Street bed. ‘Holy Holy’, which opens with the kind of gargantuan guitar swell that would make Kevin Shields proud, before giving way to the album’s most enchanting chorus, while ‘The Alter’ rides on shuddering keyboards and a militant beat (both supplied simultaneously – a real miracle of the band’s live show – by Andy Stack).

Just as good is the album’s title track (and lead-off single), on which Wasner’s jangly riffs and demure vocal delivery mask the record’s most disturbing lyric – “I still keep my baby teeth on the bedside table with my jewelry” – until the song buckles under the tension and explodes in a barren barrage of beats and jagged shards of guitar noise.

It’s hard not to listen to Wye Oak without hearing shades of their fellow Baltimore natives Beach House, but their similar components make for a pretty different whole: while Beach House’s third effort, last year’s Teen Dream, unfailingly bludgeoned anyone who came near it with its beauty alone, Civilian (also the band’s third) is more siren-like in its two pronged method of allure and attack.

There are still a few signs that the band’s songcraft needs to catch up with its unique sound – the spacier moments during the record’s second half tend to mesh together somewhat – but regardless of its few individual missteps, Civilian has a captivating atmosphere that is entirely its own.