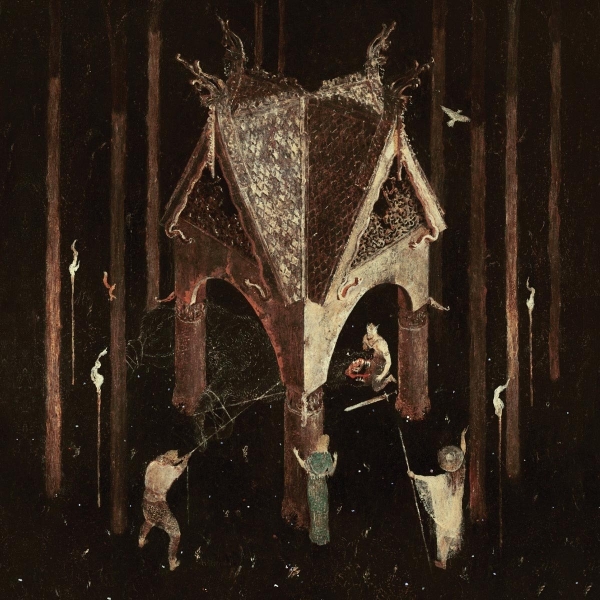 Olympia, Wash. black metal lords, Wolves in the Throne Room, pack a lot of ideas into a seemingly short amount of time.

Met with catharsis and moments of enlightenment, Thrice Woven not only shows a band honing aptitude and introspection, but also demonstrates their ability to continually push and alter limitations and expectations of what the genre of metal is and what it has the chance to become.

Thrice Woven is beautifully written – it’s brooding, cryptic, and at times, gnarled to the bone – all what we’ve come to love about the band’s aesthetic ever since the release of Diadem of 12 Stars over a decade ago. From the ambient midpoints that evolve into pure malice – from the ethereal, séance-like chants, the narration that conjures images of hell on earth, Wolves in the Throne Room prove they are masters of their craft. Thrice Woven feels entirely ritualistic and allows for visual exploration while they execute technical pristine – a band that has always aimed high and has always managed to soar well above the rest.

Wolves in the Throne Room have the innate ability to shift within their songs and create a feeling so incredibly vast – and this far in, they have become experts in compartmentalization, a feat, however, that is accomplished with reservation, and as much as Thrice Woven is a grandeur effort, they offer something more valuable: by pulling back while giving in appropriation. This subscription allows transition between and within their songs to unfold organically and what ultimately separates them from their peers. Thrice Woven shows a band continuing to embrace experimental nirvana where most bands stick to a somewhat fine-tuned blueprint.

By its end, Thrice Woven not only serves as one of this year’s most promising metal releases, but it also stands as something purely monolithic and even transcendental – a collection of songs, showcasing a band’s evolution that leaves you in full levitation, locked in paralysis, and at a moment’s notice, you dissipate completely wondering how you made it home.