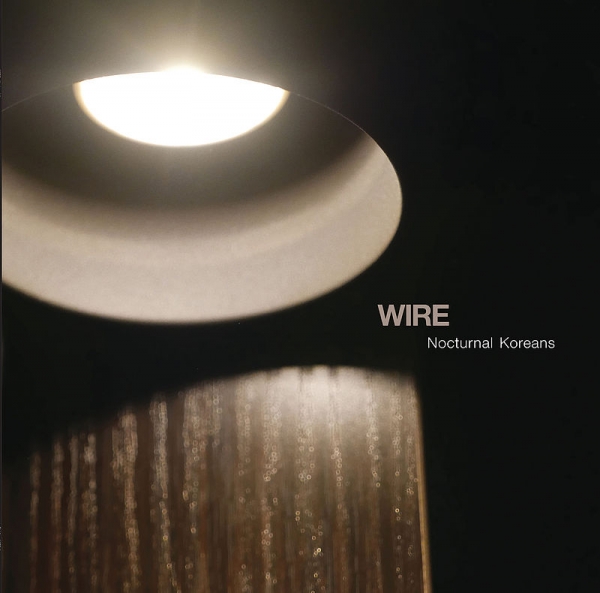 Wire’s four-decade long career has been filled with both reinvention and resistance. The arty post-punk quartet has resolutely set their own terms when it comes to their sporadic bursts of record releases, as well as their notoriously antagonistic live shows.

And before they presumably fade into yet another chapter of restless inactivity, the group has just released an eight-song mini-LP, Nocturnal Koreans, that serves as a textured, effects-laden companion piece to 2015’s eponymous album, and continues a flurry of late-period releases that only solidifies their already potent legacy.

The new songs were recorded during the same sessions as Wire, but didn’t work within that album’s fraught aesthetic and expansive scope. Nocturnal Koreans is a tauter, more refined collection, again touching on the anxiety and muted paranoia of modern day living, as well as the noxious, corporate haze of capitalism. But musically the songs express their tension more leisurely than Wire’s previous full-length, with droning, electronic atmospherics giving the tracks an unhurried – but still incisive – edge.

The title track has a restless, searching quality to it, with angular guitar riffs taking on an ambient pop hum that meshes well with the track’s somnambulistic theme. There are plenty of Wire’s truculent sonic touchstones present throughout these eight restless numbers, but the band felt free to experiment with studio manipulations for the betterment of the songs themselves, adding a modern texture to their sound.

“Numbered” explores that conflating of styles perfectly, with urgent, staccato riffs echoing their early days, along with lyrics “You think I’m a number/Still willing to rhumba” that give a knowing nod back to Pink Flag’s “Three Girl Rhumba.” But rather than coast along on their own fitful musical template – which subsequent garage rock bands have been copping for decades – Wire switch things up mid-song, working in tranquil synths and swelling guitars that bring the tune to a soaring climax. While closing track echoes the questioning spoken word of Talking Heads’ “Once In a Lifetime,” with bassist Graham Lewis adding his own astute lyrical twist, “How did you get here? I’ve often wondered how will you get there? I haven’t a clue. What’s the plan?”

Wire aren’t trying to redefine themselves on Nocturnal Koreans, for they’ve never been all that interested in convenient categorization or effortless consumption anyway. The collection instead represents more of an expansion on their current sound and scope, and finds a band still willing to take risks 40 years into an exalted career – still not caring what we think of it, but daring us to follow them where they lead before the Wire factory goes quiet once again.