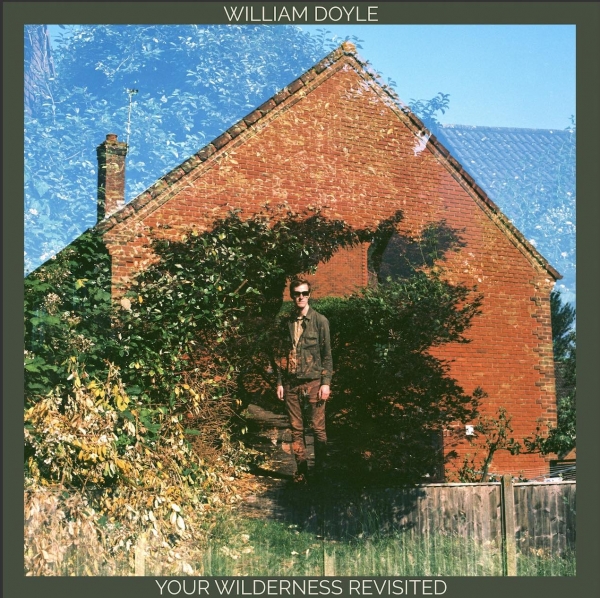 Two days after Valentine’s Day 2016, William Doyle announced that he was taking a break from making music under the East India Youth moniker.

His first album under that name, Total Strife Forever, was a bafflingly good piece of work that seemed to catch everyone by surprise back in 2014 – from the Eno comparisons to the aesthetic purity, the album was a delightfully refreshing compilation of tracks that ranged from serious, arched-eyebrow ambient to pure, muscular techno. It even earned a much-deserved Mercury Prize nomination. The follow-up, Culture of Volume, diversified even further – incorporating a heavy Pet Shop Boys influence, and a thicker, denser electronic sound.

In the three years since our collective hearts were broken at the end of the project, Doyle has been preparing for what comes next. He has released ambient collections on Bandcamp, taken part in collaborative art projects (one of which gives its name to this album), written about Brian Eno for The Quietus and written extensively about his favourite music, from “the best band in the world” Deerhunter, to how he’d really rather not talk about Field of Reeds by These New Puritans. Any amount of internal intuition will tell you that this is a man who is committed to the craft, and his commitment is evident (and successful) through his new LP.

Your Wilderness Revisited is more than an album – it is, if one digs deep enough, an endless hermeneutic loop, which constantly asks questions and only suggests further reading by way of answers. Doyle, in the press-release material that we Can only hope is available to the public, gives intricate, sympathetic explanations of the influences behind each song on the album, while also seeking to convince the audience through the written (and sung) word that the suburban landscapes of hedgerow-trimmed inner England have a mystical, almost mythic quality to them that can only be seen when one has undertaken a period of deep observation, in the hope of discovering the latent psychedelic potential of such beautifully planned locales. Put simply, William Doyle is trying to prove that Privet Drive can be just as interesting as Hogwarts, if you have enough imagination.

Of course he’s absolutely correct, and he goes about proving it in infinitesimal detail. He offers a sincere homage to Jonathan Meades’ hilarious visual nonfiction in the video to “Nobody Else Will Tell You”. He attributes the thinking behind “Continuum” to Susannah Hagan’s ecumenical ideas about reconciling concrete with lawn. He has Brian Eno literally reading out a list of idealised requirements for councils to consider when plotting new suburban landscapes in “Design Guide”. He uses his angelic, rich tenor to evoke The Beach Boys on “Thousands of Hours of Birds”.

“Design Guide”, with those dulcet Eno vocals, is the highlight of the album. Once Eno’s finished intoning his instructions, Doyle elegantly layers vocal upon vocal layer – specifically emphasising the phrase “labyrinthian, into forever”. It’s haunting. Then, as if to push the boundaries even further, it has a searing, preposterous guitar solo (it wouldn’t seem out of place on a King Crimson record) burning up against a relentless motorik rhythm.

Intense guitar lines show up again on “Continuum”, but they are set against a far funkier, springier rhythm that evokes Radiohead and Can in equal measure. “Millersdale”, which was released almost a year ago, is a love letter to the specific area Doyle and his mum moved to when his father sadly passed. It’s an ode to youthful creativity and wonder – and it sounds exactly as hopeful and uplifting as you would imagine.

“Nobody Else Will Tell You” - with the Meades-referencing video – is another album highlight. Doyle takes on the role of field-guide, showing around all of the interesting little quirks and hidden beauty spots of an imagined suburban paradise. “There is no banality within your vicinity,” he promises. Meades himself shows up as a sample at the end of “An Orchestral Depth”, which adds a touch of authenticity to the whole thing.

“Zionshill” and “Full Catastrophe Living” offer more textural diversity. The latter, which features gentle waves of synthesiser and sultry saxophone, is a meditation on the art of meditation – and is more than slightly similar to some of the moods evoked on the second half of Bowie’s Low. “Blue Remembered” is a loving tribute to teenage freedom. Doyle, in the notes, speaks of how as a young man he would ride home on his bike listening to Talking Heads, Björk, David Bowie and Brian Eno at ear-splitting volumes, winding through cul-de-sacs and coming down hills – and the music reflects that growing sense of liberation and wonder. “Thousands of Hours of Birds” is simply stunning. It’s completely evocative of golden-era Beach Boys, while remaining firmly planted in the overall aesthetic of the albums. It ends the album on a hopeful, considered note – especially when you consider it’s a song about walking home from a night out to the sound of birds singing.

With Your Wilderness Revisited, William Doyle hopes to bring you along on a magic carpet ride through suburban England, where you will find new ways of experiencing pathways, front gardens and parked cars as though they were entirely new concepts. While one might suggest that this is an unenviable task to accomplish in just over half an hour, especially when there are so many people who find themselves drawn to the endless opportunities afforded by urban living, one might just as easily argue that by not immediately dismissing the central conceit, you are almost halfway to accepting it.

This album, more so than any of his others, could easily be written off as pompous, pretentious or plain silly, but one gets the sense that Doyle doesn’t care what you think of it as long as you try it first. He’s spoken plainly about his tendency to gravitate towards grandiosity on his records, and this is no different: It’s an album that takes a kaleidoscope to the most boring localities in White, Middle Class England – something that couldn’t be less engaging on paper. Doyle makes it work through sheer strength of will alone, manifesting intrigue where there should be none.