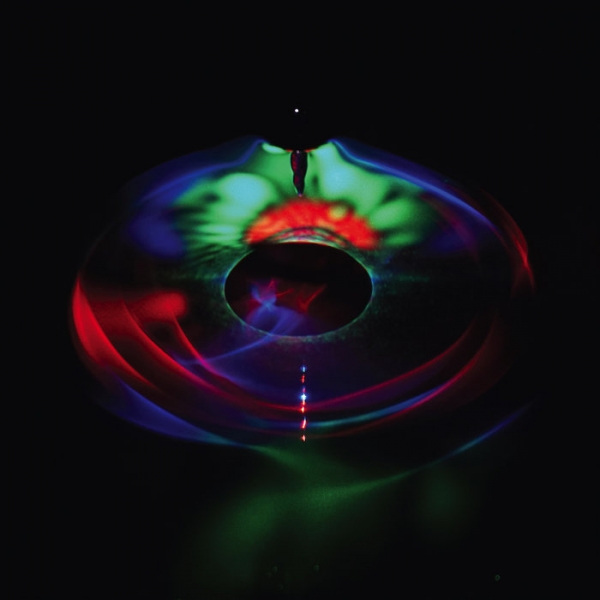 Thematically, William Basinski trades in the ethereal, creating brief sonic pockets in time which suggest at the transience of the self and fleeting existence.

The structure of his latest effort, On Time Out Of Time, does not deviate from this oppressive truth and makes use of the sound matter from the cataclysmic assimilation of two distant black holes, 1.3 billion years ago to suggest at this impermanence. What results is the sound of time falling in on itself and the two-track album is as imperious as you might imagine.

In utilising exclusive source recordings from the interferometers at the Laser Interferometer Gravitational-Wave Observatory, it is difficult to shake the feeling that both Basinski and the album are treading in soundscapes hitherto unexplored. It is testament to the musician’s skill then that the journey into this celestial realm manages to conjure up meaning and melody in equal measure.

The title track, “On Time Out Of Time”, for example is a forty-minute odyssey across the aforementioned cosmic collapse. Initially the piece is defined by its shrill and ever-present synthetic loop, marked intermittently by a pounding and distant bass drum which seems to reverberate from its extra-terrestrial origin into the ears of the listener. It is a cruel and unforgiving start to the album and will certainly throw many listeners off, but as it builds, it slowly mutates into subtle but pervasive moments of beauty

“On Time Out of Time” concludes with an undulating bass which winds intermittently across the void as the eerie synthetic loop is replaced by flashes of pointed melodic structure. The piece ultimately falls into calm as the black holes of its study consume one another and the ambient sounds of the universe surrounding them is ushered in

The second track, “4(E+D)4(ER=EPR)” was originally commissioned for the 2017 installations ‘ER=EPR’ and 'Orbihedron' by artists Evelina Domnitch and Dmitry Gelfand and due to its runtime, feels more artistically urgent than its predecessor. Coming in at the 9 minute mark, the song is more broadly representative of Basinski’s work on previous releases. Though it explores the same themes as the track it follows, it is more welcoming and moves hastily to its ultimate motif. It is a classic ambient piece, entrancing and thoughtful in equal measure.

On Time Out of Time, much like the majority of Basinski’s oeuvre, is defined by fleeting moments in which the listener can settle and unfurl. Whether it is the temporary respite from a challenging sonic environment or the steady progression towards splendour, On Time Out of Time is a rewarding experience for those willing to tolerate challenging moments in a celestial sea of sound. For Basinski, time is an artefact and he is its curator.