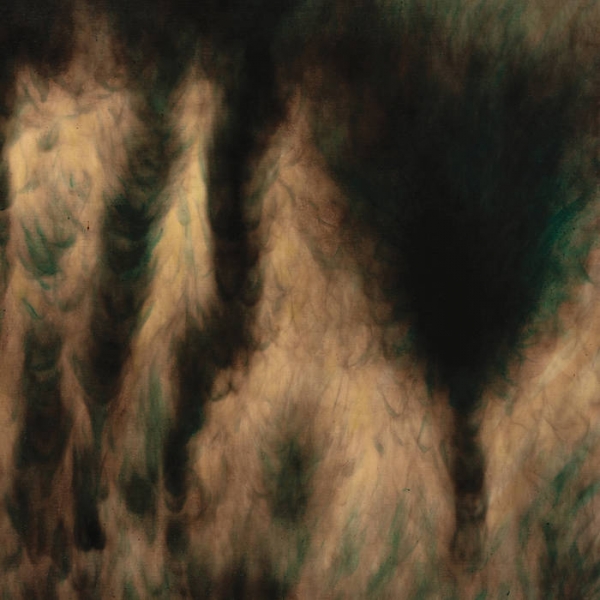 Stretched across twelve archived loops, William Basinki’s latest finds strength through decay, vulnerability, and fear…and who better to deliver such a feeling during such a time than the composer himself.

Make no mistake, Lamentations isn’t anything new for Basinski’s catalogue. While its bulk revolves around familiar methods and technique, the ways in which these tracks unfold still prove to be nothing short of fascinating. While opener, “From Whom the Bell Tolls” cycles through galvanized clamor, other moments show Basinski leaning slightly into his peers. Tracks like “All These Too, I, I Love” nod close to British producer, Leyland Kirby and his project as The Caretaker, a reference we’ve seen before. With subtle overlap, Basinski’s take can easily envision a crowded scene in a muffled ballroom as attendees cheer the evening while a singer takes centerstage. But the stark contrast Basinski unveils as the song nears its end isn’t so much an event filled with comradery, but more so the haunting unease we feel as the track eventually echoes into nothing.

But this is partly Basinski’s charm. We’re urged to examine the sparseness that envelop these tracks. Its process, albeit tiresome, can be a rewarding experience if one’s willing to stay the course. Moments like “Passio” demand that type of patience. Cavernous and swaying, its entirety mimics what sounds like a foghorn caught in the distance somewhere. “Silent Spring” is bleak and gray while the struggling piano of “Tear Vial” clicks and wavers as a symphonic touchstone. But Lamentations also includes something we haven’t really heard Basinski reach after before, that being the incorporation of vocal spots. We hear this scattered throughout, but more notably on the highlighted, “O, My Daughter, O, My Sorrow,” where Basinski layers in contributions from Serbian vocalist, Svetlana Spajic–and surprisingly, it’s a risk that serves as a rather gripping moment on an album brimming with emotion.

As one may have guessed before even digging in, Lamentations captures minimalism and texture in their most naked form. Instead of seismic pieces of music that Basinski has sought after before, these moments linger, floating like specks of dust in the sunlight. Even this far into Basinski’s career, exploring his work can oftentimes obscure our perceptions of memory or reality and it’s easy to fall victim to a type of sedation under his masterful thumb. Still, throughout its hour-long runtime, we find ourselves weary and transfixed before grasping what it is we’re experiencing–but as we attempt to unravel the depth of these tracks, we acknowledge, too, that we’re surely in the presence of something utterly terrifying and beautiful all at once.