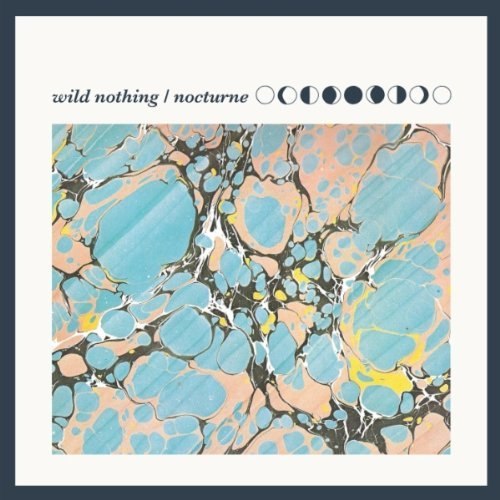 With hindsight, the success of Wild Nothing’s Gemini was founded as much upon the atmosphere into which it arrived as it was on the music itself. Amidst a fog of guitar bands swaddling themselves in reverb and laying down in reverence to the 1980s, Gemini felt like a crystallisation of a moment and its creator Jack Tatum a light for all others to follow.

While reviews focussed on his eighties worship, the truth is that Tatum was bringing more originality to the table than many of his contemporaries and with the dust settled, the deliberate nods to his heroes feel like little more than packaging, a neat way of contextualising his own genius. Nevertheless, Gemini arrived as a fully-formed touchstone for a specific moment in time, an album bigger than each of its constituent parts. Six months after its release, in our end-of-year list, our Deputy Editor recalled that “the summer of 2010 belonged to Jack Tatum and Gemini” in his review.

Two years after its release, the inverse somehow feels more fitting: Jack Tatum and Gemini belonged to the summer of 2010.

Figuring a way out of such a predicament is a problem that greater artists than Tatum have wrestled with. In 2003, in the face of crippling expectations after an era-defining record, The Strokes released Room on Fire; in 2007, under similar circumstances, Arcade Fire released Neon Bible. It is perhaps enough to be thankful that Nocturne is closer to the former than the latter. Like The Strokes’ sophomore effort, Nocturne’s song structures, lyrical concerns, and overall tone are in common with its predecessor, while attempts are made to move into new musical territory with an expansion of the range of instruments, and, most notably, a cleaner and more open approach to production. In contrast to Gemini, where everything was equally buried under the same haze, Nocturne pushes Tatum’s voice and guitar to the front for the majority of its running time.

Tatum is a competent singer, capable of conveying vulnerability and optimism in equal measure, but his lyrics are rarely more than cursory gestures toward a feeling rather than revelatory outpourings of emotion. His words worked when obscured by layers of reverb, they felt deliberately mysterious and elliptical; here, their foregrounding places unfair levels of expectation on both voice and lyrics. It is no surprise that the album’s best moments come when the fuzz that characterised Gemini returns, such as the wonderful Cocteau Twins-alike ‘Through the Glass’. Its deep-buried vocal chorus of “I let you go/You let me in/I want you” means just enough to make sense while never saying enough to actually mean anything, and is, as such, the quintessential Wild Nothing lyric. It contrasts jarringly with the tedious jangle-by-numbers ‘Only Heather’, sequenced just after, with its trite central lyric “She is so lovely she makes me feel high/Only Heather can make me feel this way”.

Similarly, his riffs often worked better when working on the homoeopathic theory of melody – diluted beyond recognition, retaining just the memory of their original state. Gemini opener ‘Live in Dreams’ seemed to shift and change audibly each time you listened to it, as different elements of the composition drifted into your consciousness; here, opening track and first single ‘Shadow’’s central guitar line is so prominent that it’s hard to come away from the song with any recollection of anything else going on.

The contradiction at the heart of Nocturne is that while Tatum’s restraint in sticking closely to the songwriting formula that won him so much acclaim is often admirable, it’s also frustrating by roughly equal measure. Just about all of the songs here demonstrate Tatum’s immense talent to some degree, but more often than not he feels trapped in two minds about where a song is going; for my money, he errs on the side of caution a few times too often where it would be beneficial, for everyone, if he pushed the boundaries of where he is willing to take his music. Similarly contradictory is that where obvious changes are made – the production values – it is in an area that feels like it is taking away from, not adding to, the Wild Nothing experience.