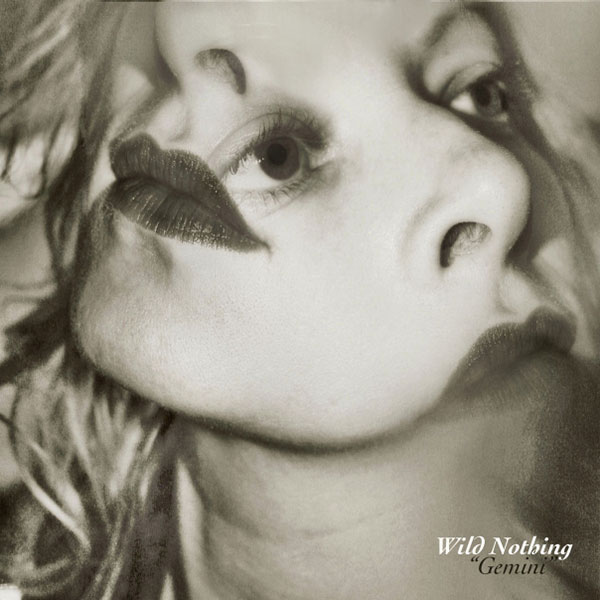 It’s summer. The sun is burning, foil barbecues scold into the grass at every British park, and the sales of cider have increased by near three hundred per cent. Granted, by the time this review is posted it’ll probably be black skies and soaking streets, but for the last week it has definitely been summer. And such beautiful weather gracefully demands an equally beautiful soundtrack. Welcome to Gemini, Wild Nothing’s debut summertime sprawl.

Wild Nothing is Virginia born Jack Tatum, and for the last seven days I have listened to his hazy, blissful pop on headphones everywhere. Like a personal soundtrack it transported me back to a daydream era where we’re all hopeless romantics and every broken heart is curtailed with a happy ending. Quite honestly, I didn’t want to wake up.

Take the chorus in album opener ‘Live In Dreams’, “Our lips won’t last forever and that’s exactly why / I’d rather live in dreams and I’d rather die.” Sure, it reads like something straight out of ‘The Smiths Best Of’, but when sung with Tatum’s bordering on fragile reasoning it suddenly becomes an inviting proposition. It’s hopeful and delicately honest.

However, not every track on Gemini plays out with the same swirled hush of young love. The trick on this album that really had me locked is in the way it all sounds different. Each song takes on a new tone, a new assortment of padded percussion and processed guitars. On my first listen I had to stop to check it was the same album.

Even on a single song the whole sound can u-turn into an unexpected, but greatly accepted beast. ‘Pessimist’ for example, crunches its way through a stuttered opening before sparkling into a crushingly dark plea, while ‘Drifter’ sounds like Tears For Fears. It’d be really easy on a casual listen to file Wild Nothing on the bedroom producer or even chillwave shelf, but in reality he has far more in common with the post-punks and new pop crooners of the past.

However you package it, this is a beautifully produced piece of heart stealing song writing. Will Tatum’s words work as well when the winter settles in and the sunshine has disappeared? There’s only one-way to find out; listen to this record all year round. Yes please.