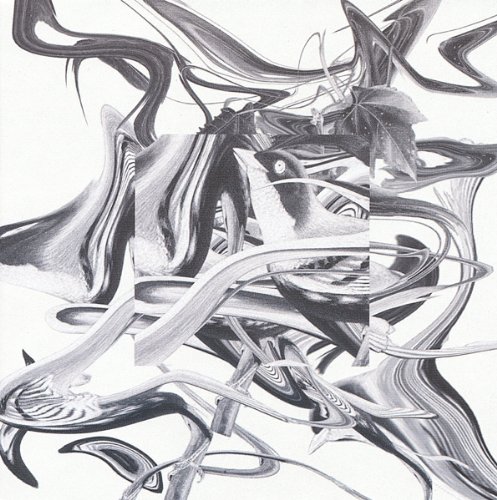 Copenhagen trio WhoMadeWho have been making crisp electronic pop for notable labels such as Gomma and Kompakt for the past decade. This time, on their own label, they’ve turned up the guitars which have in turn changed their approach to songwriting, now the electronics augment their pop leanings; it’s a change which on the whole works.

As shown on their 2012 Kompakt release, Below The Cherry Moon, WhoMadeWho operate best when they calm down a little, using an introspective approach suits them well, Dreams has several moments of this appealingly sad disco; the title track and “Right Track” are enticing mid-tempo 80′s tinged pop, subtle guitar chimes and warm synth work, like Tears For Fears without the pretensions of greatness with nagging earworm choruses that won’t let up.

Dreams is informed by an eagerness to break from their dance music past and although this is still most definitely an electronic album, its power lies in the moments where they are at their most morose. The piano led “Traces” slows down the bpm and introduces spooked out synthesisers to the mix effectively, “Another Day” has an itchy scratchy Talking Heads charm to it and “New Beginning” uses an almost Foals-sounding bluesy guitar line and smoky late night hip hop beats, the latter in particular has a soaring chorus and typically Danish swagger to it.

Their harder edged past is visited only once on Dreams, on “Hiding in Darkness” (influenced by a night at the Berlin den of inequity/infamous nightclub Berghain) – this moment of claustrophobic dark techno is the track to head to and makes one wonder what a whole album of this kind of heads down techno fused with Johnny Hates Jazz would have sounded like.

There are lapses, lyrically and musically, from time to time. Classic clichés and twists on clichés are here, on “Traces”: “Let’s talk it over, it’s all a matter of time” is hammy enough, but their nods to knowing about the dancefloor fused with cliché really rankle – on “Dreams” we have “My heart pounds just like a drum machine” and the especially whiffy “With how many beats per minute could you break my heart?” on “Heads Above”.

Musically, when their poker face slips, Dreams starts to falter, “The Morning” and “Indian Summer” use the kind of tricks that makes commercial EDM such an unappealing prospect, the urgent build up to the big breakdown in the middle, the trance informed uplift but with a Chris Martin as choirboy style vocal. It’s this approach that made Empire of the Sun’s “Ice on the Dune” album such a failure, and the exact same euro-pop mistakes are made here.

Dreams contains a fair share of aural treats but the problem is that there is just so much of this bittersweet electro/80′s/pop stuff around, it takes something really special to stand out from the rest – here, there isn’t anything that outlandish that it couldn’t be on any other electro 80s pop album. There are a couple of great tracks, but a little too often you’ll find that it isn’t Norman Wisdom, Johnny, Joey or Dee Dee, but musical déjà vu that these dreams are made of.