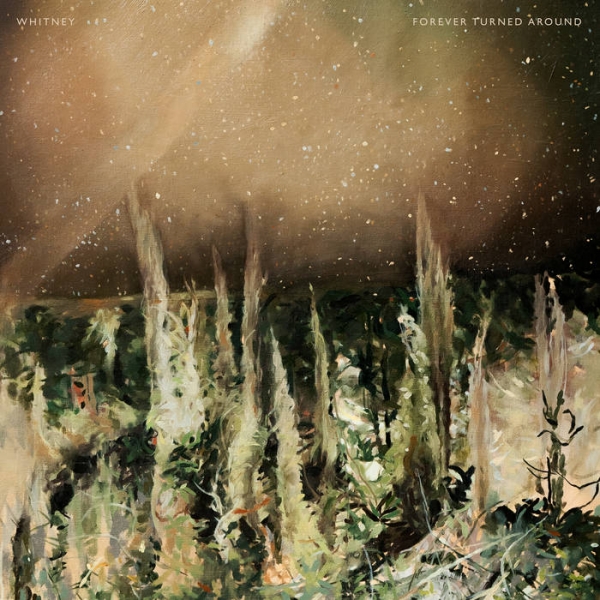 Like their debut, Light Upon the Lake, Forever… tackles themes of wonderment and reflection, focusing most on the relationships we choose to invest ourselves in. The project, led by vocalist/drummer Julien Ehrlich and guitarist Max Kakacek have expanded their vision accordingly, demonstrating in detail why their work remains so symbolic. Forever… harnesses a welcomed continuation from where they left off: ten promising, yet all-too-brief, soft rock tracks, proving the duo remain well beyond their years as a prospering act.

As musicians opt to dabble in the past, there is oftentimes a razor-thin line they can skirt when it comes to the idea of nostalgia, and this can be more detrimental than fruitful. But while the familiarity and the potential to persuade sceptics can compel musicians to ride that path, the damage can be irreparable. Take for instance Aussie cock-rockers, Jet, or even more recently the dreck that came in the form of Greta Van Fleet’s debut late last year. It all more-or-less came from a shared mindset to take that victory lap – to squeeze what was left from an era and modernize it - or, by simply ripping their predecessors clean off.

Let’s be perfectly clear, though – Whitney are a class above the likes of these aforementioned musicians. Sure, while the duo take cues from a slew of '60s guitar pop-rock, they invite those comparisons lightly, never treading into territory where they know they shouldn’t. What we’re left with shows Whitney as a rare act capable of reshaping what it means to invest in something timeless.

This mid-summer saw the first taste from Forever…, the LP’s lead single and track, “Giving Up” – a bright reintroduction to why Whitney remain so talked about. Its steady, uncomplicated jaunt accompanied with a horn-laden section envisions the winding down of warmer months. But even as we tie comparisons to Whitney’s name, the duo have remarkably pushed through the ash. Similarly to Light… and even during their successful heyday as part of Smith Westerns, Ehrlich and Kakacek held their ground and a developed a knack for what it meant to orchestrate something prolific. The duo have managed to demonstrate that know-how here.

Yet, while Forever… takes subtle turns throughout its runtime, it’s an LP that generally stays the course for what we’d expect the duo to produce for a follow-up. There’s no grand departure, but despite its slight predictability, Whitney accordingly rouse and summon a charming ethos that round their new batch of songs into a striking collection, one that’s sure to find its way on a most everyone’s year-end lists. “Used to Be Lonely” swells quietly while Erhlich’s vocals expectedly soar, but occasionally come over as slightly arduous, as his projection over-resonates. But even as he pushes his falsetto’s range to its limit, it’s a minor grievance because Whitney are still a young band: still evolving, still aspiring, and taking the proper risks to counter. The LP’s shortest, all-instrumental cut, “Rhododendron” proves this tact. Garnished with jazz touchstones, its groove settles in for around two minutes as a pleasant mid-point for Forever… before cutting out.

Tracks like “Valleys (My Love)” and “My Life Alone” saunter along, relaxed as ever – a direction the entire LP takes, but even comparatively to Light…, Forever… could easily be seen as an extension, even though it poses a different message. Albeit, despite their overlap, Whitney distinguish themselves rather solemnly here. They don’t appear to be in this mad-dash rush to solidify themselves whereas that was a minor issue with the Smith Westerns, a vibe that oftentimes felt forced, particularly due to Omari’s overconfidence, which hindered them greatly. But as you observe a live Whitney set or listen to their songs, it’s clear what’s being projected: there’s camaraderie between them, a theme that encapsulates the LP. There’s an authenticity and there’s sincerity within it – something tried and true. Forever…, described as an LP around partnership, is passionately displayed, a love and a steadfastness that Erhlich and Kakacek have expertly strung through until it beams like white light.

Still, while Forever… stands as a cohesive work, its last three songs stand out, containing some of Whitney’s most powerful writing to date. “Day & Night”’s quiet twang rollicks along with whimsey whereas “Friend of Mine” serves as an intimate ode to the ones we hold dear in our hearts. LP closer, “Forever Turned Around” stands as a soothing send-off – a track with minimal percussion varietions and sophisticated arrangements as Erhlich’s vocals are upfront and dazzling.

Whitney accomplish a grandeur all their own on Forever…, finding themselves, right now, exactly where they should be.