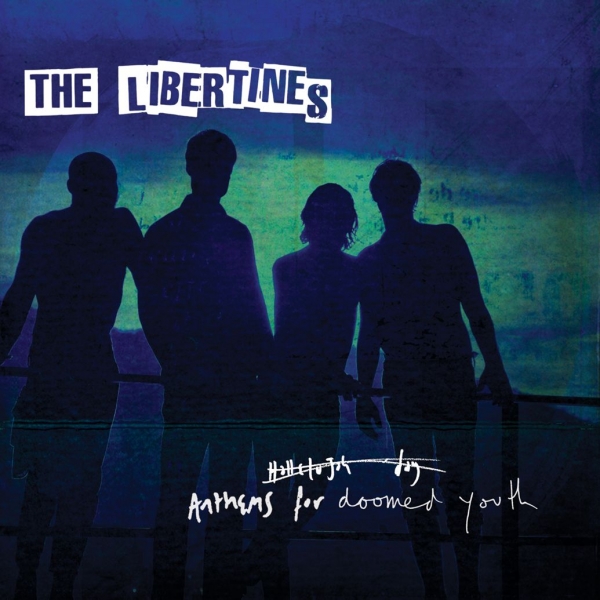 When was the last time you listened to The Libertines? Sure, they’re still easily heard in cheap alt. clubs, and ramshackle traces can be found in the last few post-landfill indie bands that still spring up from time to time. But for most people, myself included, The Libertines got tied up in a bundle of nostalgia (and mild shame) for an age of gin in teacups, guerrilla gigs and red military jackets.

For a two-year spell in the early 2000s, The Libertines really did feel like the only band that mattered. They had the mythology, the madness and the music – the latter eventually becoming somewhat secondary to the first two. I barely know anyone who would still call themselves a fan of the band, but play them the first ten seconds of "Time for Heroes" and they’re a misty-eyed memory machine.

But with “indie” becoming an ever-more-nebulous genre to define yourself by, the idea of who a third Libertines album is actually for is a tricky one to work out. Obviously fans exist, but they can’t care that much – how many people bought Doherty and Barât’s solo albums?

So Anthems for Doomed Youth already seems like a weird prospect, even before you learn it was recorded in Thailand (to fit in with Pete’s latest spell in rehab), with a producer who wasn’t once in The Clash. Jake Gosling, whose previous credits include Ed Sheeran and One Direction, takes the mantle here.

Opener "Barbarians" wastes no time in announcing itself as one of the more frustrating tracks in the band’s catalogue; Carl pushes his voice to the ugliest extremes of his range. The lyrics in that all-important first chorus veer from the ridiculous (“have it off with a mental crowd”? Really?) to the sublime (every part of the line “the world’s fucked, but it won’t get me down” – the words, chords, delivery – is classic Libs). And when Pete staggers in with a verse about drugs and prison before ordering the band to “change the riddim,” it all suddenly feels like business as usual.

But Anthems never quite lets itself be business as usual; the sound is cleaner, but not polished to a sheen. The anger is still there, but it’s tempered a bit – only a couple of tracks (including the aptly named "Fury of Chonburi") really pick up the pace to a recognisably Libertine degree. Lyrically, though, every facet of the band’s existence is dissected. A newly-clean Doherty is still happy to sing about His Drug Hell, with the rapid-fire nursery-rhyme "Belly of the Beast" putting it his wry description of his solo material as “the kind of thing kids love today, in a strung-out, hangdog, headfuck, quick-buck way” at sharp relief with Carl’s verse about days “staring up at my therapist.”

However, "Fame and Fortune"’s sea-shanty self-mythologising of their early days - from signing their record deal (“The deal was done, the trade was rough") to visiting their old haunts ("down to Camden we will crawl, to Trash and Lordy Lord”) - seems like the kind of thing you’d have thought the band would grow out of by now. Likewise, the almost-title-track "Anthem for Doomed Youth" may be the most wistfully classic-sounding song the band have ever composed, but the random-Libertines-generator lyrics (“Was it Cromwell or Orwell who first led you to the stairwell…”) drastically let down what is obviously meant to be the record’s centrepiece.

In fact, with the pace already pretty sedate, it’s the quieter moments that work best. The descending bridge of the regrettably-titled "Glasgow Coma Scale Blues" is a fleeting moment of pop perfection amidst a sea of yet more self-dramatising sludge. "The Milkman’s Horse" is three minutes of effortlessly windswept, slow-building Morrissey-esque pop; Pete and Carl trade lines once again, with Doherty providing the poetry (“In my cinematic mind, I see battles fought at sea…”) and Barât the sobering riposte (“get out of my dreams, you scum”). It may well be one of the best things the band has ever written, but that’s not to say it sounds anything like The Libertines.

And while diehard fans would recognise "You’re My Waterloo" from Legs XI, the same early demo which featured "Music When the Lights Go Out", it would be fleeting at best. With over 15 years removed from that original recording, a song of innocence becomes a song of experience (with apologies to William Blake). As the only track on the album which he gets to himself, Doherty makes the most of it, wringing pathos from every note. Regardless of the rest of the album’s shortcomings, this definitive version of "Waterloo" makes for Anthems’ truest moment of closure.

The London that made The Libertines doesn’t exist anymore; the suburbs, stations and streets mentioned in their lyrics are still there, but they’re different places now. The hipsters, in particular, look totally different. Anthems for Doomed Youth treats these as mere inconveniences. As I’m typing this, I can see The Rhythm Factory – home to some of the band’s most infamous, incendiary shows – out of the office window. Its marquee is painted over, a solicitors office has taken over upstairs, and next door is a boarded up textile shop. That’s what really became of forever.

Like I said, there’s an entire generation who get nostalgic when they think about how important this band used to be. On the evidence of Anthems for Doomed Youth, The Libertines miss those days too.