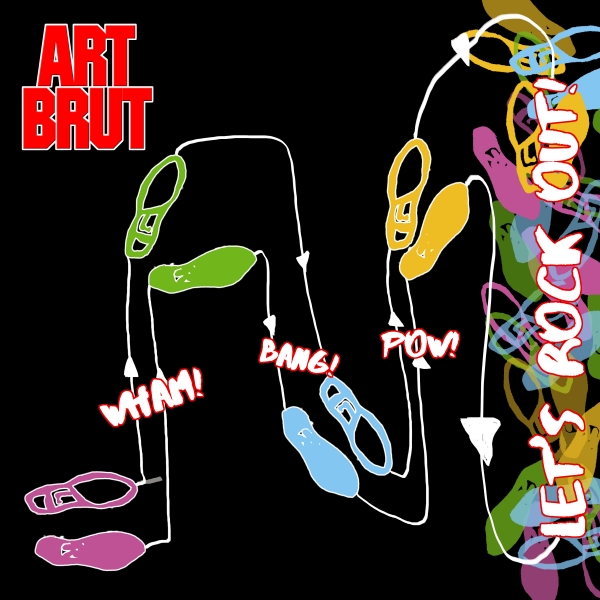 Art Brut frontman Eddie Argos has always had a penchant for writing songs that are as abrasive as they are truthful. Distinct in his delivery, Argos manages still to cut the crap and leave you with a stark realism and life that allows you to open yourself up to grander ideas.

Coming in hot with their first album in seven years, the symbolic party that opens proceedings does little to infer any notion of heartbreak, but "Hooray!" finds Argos celebrating the end of a relationship with a euphoric bombardment of horns and band alike. “Close your eyes, and hold on tight” he beckons, with the wild ride of ‘Wham! Bang!’ ahead, he may be referring to the other half of a relationship, but it just smoothly gears you up for the Art Brut cacophony to come.

"I Hope You’re Very Happy Together" brings in a bit snarl, while still bouncing along with the party, but most importantly is that this is not a single facet break-up album. It’s an amalgamation of life for Argos over the last seven years. He’s ready to move on ("She Kissed Me (And It Felt Like A Hit)"), ready to get arty by spotlighting a ‘90s short-films about racism ("Schwarzfahrer") and ready to party on the albums titular track, but most of all, he’s ready for Art Brut.

Ready for them to come careening back into everyone’s lives because, while they aren’t breaking new ground, this isn’t something they need to do. They’ve always skirted around their own set of morphing boundaries, never surrendering to anything that could be considered a fad or falling victim to their personal introspection. Fourteen years have passed since they arose, and while so much has changed in the world, Art Brut are a welcome constant.

Wham! Bang! Pow! Art Brut are back, and better than ever!