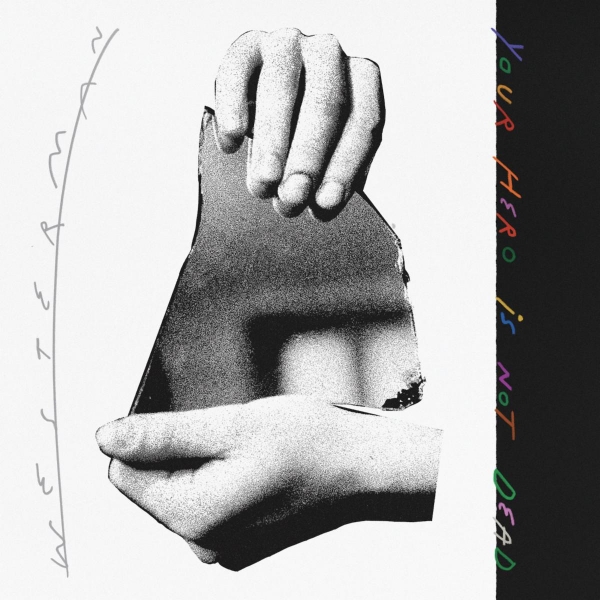 It’s no real surprise Will Westerman landed where he did.

While the rising British musician comes from a wide upbringing based around the arts, it only seems fitting he built a career around one.

After a run of top-tier singles and two impressive EPs, Westerman circles back around with his official full-length debut, Your Hero Is Not Dead. While unpacking new ideas and hanging onto the ones that define his style, a significant part of Westerman’s allure remains his emotional depth. Between his crooning pop and exceptional storytelling, he continues to unravel something so charmingly his own while gifting the ability to slowly capture time itself.

Coming to terms with reality can be a cleansing process, but it’s also unforgiving. Even in the midst of our world’s current state of sickness, loss, and racial injustice, we collectively unite and attempt to little by little loosen its grip and rally for true change – and now more than ever, even the simplest voice can serve to guide us back on course. Ever-mindful of this bigger picture, Westerman has built a superlative debut around similar themes of aspiration and their inner struggles, stating, too, that: “This vision, fully realized, is an album about empathy and compassion, struggle and release, and all the ways we contradict and battle within ourselves.” Not only does Westerman find ways that coax us into his magical corner of the world, but he helps remind us that even while surround by pockets of chaos, our resiliency is inevitable.

Enticed early on with a smattering of expert singles, Your Hero Is Not Dead shows Westerman not only invigorated, but willing to stretch his range. Working again alongside longtime friend and producer, Bullion, Westerman, here, surpasses his early work with curious abandon and confessional songwriting. While tracks like “The Line” showcase Westerman’s narrative form, songs like “Big Nothing Glow” sways with carefree pop as Westerman’s vocals even nod close to Jens Lekman at times. But the track list isn’t all new. Even before announcing Your Hero Is Not Dead in early March, Westerman dropped the tranquil “Blue Comanche” back in mid-January – a single that explored his political frustrations, albeit a song that focused on how to better-achieve a healthier headspace in lieu of it. We also see a slightly different mix of one of Westerman’s all-time best songs, “Confirmation” as well.

But while these familiar moments help round Your Hero Is Not Dead into a brilliant debut, its remainder shows just how in tune Westerman is with producing intimate, engaging music. “Waiting On Design” is a whimsical cut. Filled with percussion varieties and string treatment, it’s one of the album’s most lighthearted. But rarely does Westerman ever delve into areas that demand a lot of him. While there’s added flair to the production of these songs, he’s never one to over-embellish into areas of trite, but rather opts for more minimalist touchstones. The brief and almost all-instrumental “Float Over” is as lovely as ever, proving Westerman’s delicate touch can convey more with so much less. Its steady jaunt soothes like a Nick Drake outtake as Westerman coos: “Don’t be afraid to take it as it is and let it / Float over.”

“Paper Dogs” displays Westerman’s pristine vocals while “Think I’ll Stay” drives us to ponder what existence means under different circumstances. But the titular album closer positions Westerman in another realm as a songwriter and at his most gorgeous. In all its musing balladry, Westerman spins and disentangles a certain beauty he hasn’t quite struck before. It’s a rather fitting send off as Westerman himself questions what we, too, seem to all be asking: how to process, what it means to express love, and how we offer and even receive solace. Our uncertainties become this shared comradery and by exposing these vulnerabilities, Westerman’s gentle touch helps further humanize our efforts as we attempt to break the surface and uncover what our destinies hold.