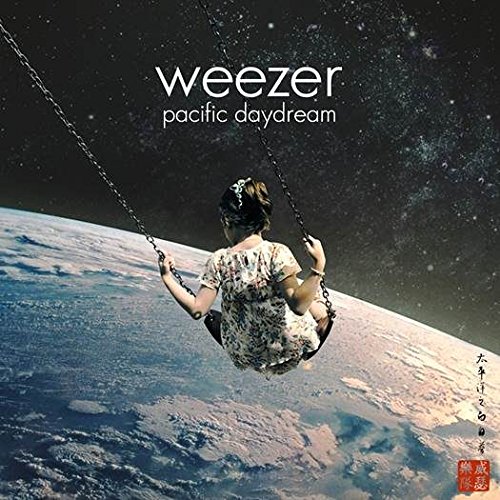 When it comes to Weezer releasing a new album, you really don’t ever know what you’re going to get. Sure, you’re pretty much guaranteed melodies that are inescapable, but the form in which they come - that’s wherein the surprise lies.

With last year’s Weezer (White Album), they found themselves on the right side of the critics and were initially supposed to follow it up with the aptly titled Black Album. Instead, they’ve reappeared with an album influenced by the idea of a “beach at the end of the world”. Pacific Daydream, feels just like that; a day dream that, for some reason, doesn’t quite sit right.

The tracks are all completely inundated with sing-along potential, and thick chord progressions that stick to you like quicksand. Listening to album like this in the throes of autumn feels like you are indeed looking upon days that have since passed, but the power chords, and the rousing choruses, make it sickly sweet.

From numerous tracks concerning summer loves, to an ode to Rivers’ love for The Beach Boys in the aptly titled “Beach Boys”, it’s by no means awful - every moment is clearly designed to be enjoyed - but the sounds Weezer are channeling this time around seem almost too obvious in their implementation. “Feels Like Summer”, which was also met with mixed reception, could quite easily be a Twenty One Pilots cut, while “QB Blitz” features the unforgettable line of “I’ll be missing you like oxygen”

If you can let Pacific Daydream completely envelope you; throw you to the beach that instigated the album, then you’ll find sheer happiness here. If, however, you go in with any expectations of than that, you might find things a bit more difficult.