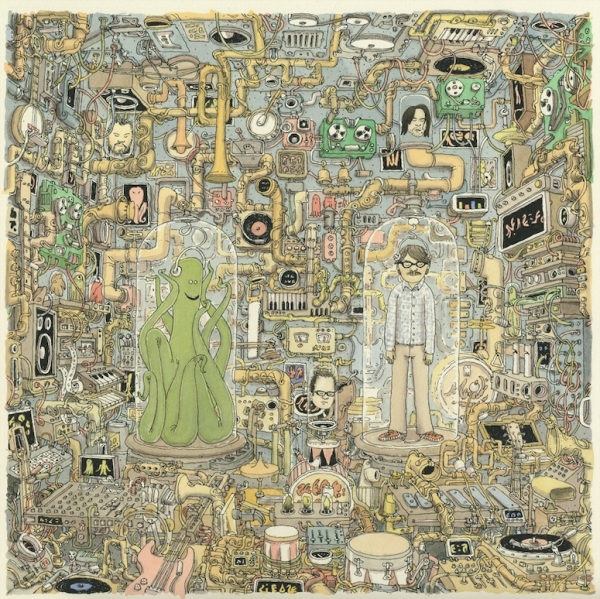 Up to this point in their career, you could divide Weezer’s albums into three categories: the successes, the full-body-cringe embarrassments, and the ones that barely exist.

Records in the former category are easy enough to identify – beyond the obvious candidates, they’re the ones where Weezer remembered that they were Weezer, the very reason why 2015’s White Album remains their best record of the 21st century. Yet, for all the flaws in their catalogue – and they are legion – even Weezer’s most mundane failures are always worth listening to at least once. Take their last LP, 2019’s Black Album. Hardly the boundary-pushing experimental pop classic it aspired to be, there was still such potential for disaster in the decision to work with Dave Sitek that it’s worth experiencing at least once, if only to learn that it’s simply fine.

But somehow, fourteen albums in, Weezer have carved out a fourth way: taking their considerable major label budget to ensure full commitment to the bit, and diving in headfirst. “The key word we have to inspire us at the moment is ‘masterpiece’,” Rivers Cuomo told Zane Lowe of the album two years ago. That descriptor barely applies to OK Human – yes, that’s a nod to Radiohead – but you can’t fault their approach. You can call this album a lot of things, but half-assed it is not.

The band’s sonic trademarks are notable by their absence, which is to say there isn't a single electric guitar to be heard on this record. You’ll have to wait to hear the long-delayed Van Weezer if you want your classic Weezer fix. OK Human instead was conceived as a maximalist symphonic pop record, with full orchestral arrangements recorded at Abbey Road gracing every track, and George Gershwin and Harry Nilsson cited as key influences. That’s its first stumbling block.

On a songwriting level, much of OK Human barely grazes the bottom rung of the ladder to these lofty touchstones, instead simply sounds like a modern-day Weezer album. But with strings. Pat Wilson remains strictly limited to mimicking ersatz R&B beats, and the majority of the songs continue to riff on Rivers’ antiquated idea of what could help his band scale the charts once more. It’s just that this time, there’s coarsely-bowed cellos emulating what would have previously been palm muted guitars, the remaining slack picked up by acoustic guitars, piano and mellotron.

There are precedents in Weezer’s catalogue – The Beach Boys bounce of 2015’s “(Girl We Got A) Good Thing”, and the ballad-heavy second side of the better-than-you-remember Pacific Daydream spring to mind. As ever, Brian Bell and Scott Shriner’s harmonies, while constantly mixed far too low, are stellar. But throughout the album, the record’s secret weapon is Rob Mathes, whose kinetic and well-considered orchestral arrangements genuinely recall the chamber pop superstars of yore, from Randy Newman and Van Dyke Parks to Jellyfish. And while Cuomo’s writing rarely meets Mathes halfway, it makes the album’s most delightfully thrilling confection, “Here Comes the Rain”, all the more joyous.

To some degree, its delayed release adds a timeliness to the OK Human’s overarching concern, explained by Brian Bell as “how technology is running our life.” Yet the consideration put into the arrangements of tracks like “Numbers” and “Screens” make their lyrics (“Now the real world is dying / As everybody moves into the cloud”) sound even more trivial than they would have been if they’d been performed in the classic Weezer style.

But we also get a more quote-unquote traditional lockdown album in places, with Rivers giving us a few unfiltered diary entries. We learn about the joy Cuomo gets when he “rocks his Audible” (“Grapes of Wrath”) and playing his piano. In fact, “Playing My Piano” (sigh) kickstarts the record’s most interesting stretch. It’s the most painfully literal thing here – a lavish, rococo track where instruments arrive, Tubular Bells-like as the lyrics mention them, while Cuomo mundanely sings about how he “should get back to these Zoom interviews”, but he’s too wrapped up in tinkling the ivories. But the sincerity really can’t be faulted, especially as it segues into “Mirror Image”, a technicolor Disney coda, which pirouettes out of the speakers for less than a minute, before going full Wizard Of Oz to give way to a scratchy voice memo of Cuomo trying to write the thing in the first place.

For all their delusions of grandeur, the band crams a lot of ideas (arguably too many) into the record’s barely-half-hour running time, I still can’t parse which ones do and don’t work. Weezer’s greatest misses may come from their frontman’s visceral desperation to stay relevant, but it’s a relief to hear them take chances and risk failure in such a new way. The album might just be OK, but it’s been a long time since Weezer have dared to be this human.