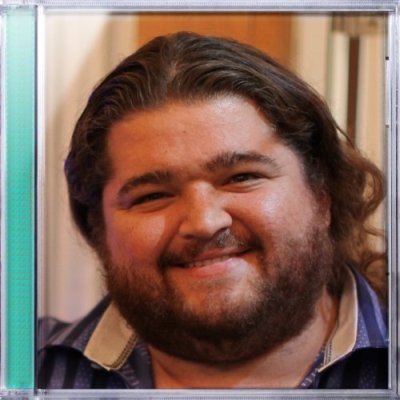 It is impossible to know where to start with an album as steeped in expectation as this. Weezer’s now patchy back catalogue has been marred with disappointment for some years. Having crafted themselves a niche so perfectly in the mid 90s and garnered praise as the fathers of nerd rock, everything from the mid 2000’s onwards has tested the limits of even the most ardent fans.

As one of them I have to admit whilst the prospect of the ‘Blinkerton’ tour made me salivate at the corners of my mouth, any promises of a ‘return to form’ left me feeling nothing more than sceptical. Weezer have for a while now managed to coast by on a wave of nostalgia interspersed with the odd, albeit incredible, indie pop tune to keep us salivating. Hurley certainly seems to play on an element of nostalgia but at the same time elements of it encourage the listener to let go of pre-conceptions and appreciate the album for what it is.

Gently swelling violin strings soon give way to fuzzy hooks, howling riffs and crunchy guitars on lead single ‘Memories.’ The rolling bass line is punctuated by Cuomo’s unique American lilt as he sings “Pissing in plastic cups before we went on stage/Playing hackey sack back when Audioslave were still Rage.” Yet, for all its affected nostalgic reminiscing the Jackass cast led chorus soon renders Weezer’s trip down memory lane, and all the bygone hijinx therein, somewhat hollow and so too the many promises of a return to Pinkerton­-esque form.

Just because Hurley falls short of the almost impossible task of being the next Pinkerton doesn’t necessarily mean it’s not worth a few spins, even if you are simply going through the motions in order to have an informed opinion. What ‘Memories’ and follow up ‘Ruling Me’ immediately do manage to achieve is the successful validation all those fans that gritted their teeth through 2009’s chart angled Raditude. Continuing a similar pop-rock vibe ‘Ruling Me’, other than being a clear indicator that Cuomo is still stuck in what has been accurately described as ‘let’s-just-have-fun-mode’, definitely harks back to elements of their 1994 debut. I’m not saying that the two are comparable, Hurley is slicker and lacks the raw vitriol of that early 90s grunge soaked world, but a train of thought can definitely be traced from ‘Ruling Me’ back to classics such as ‘No One Else.’

It is album highlight ‘Trainwrecks’ and the following track ‘Unspoken’ that put this album on the map over Make Believe, Weezer (The Red Album) and Raditude. ‘Trainwrecks’ sticks out in a similar way to 2005’s ‘Perfect Situation,’ as an addictively anthemic pop rock number whose chords twist around Cuomo’s sharp witted, often tongue and cheek lyrics inspired by youthful rebellion. Where as ‘Unspoken’ begins as a subtle, acoustic-led out and out pop number as a man endearingly and almost sickeningly sets out to defend his optimistic outlook on life– a topic perhaps quite closer to the band’s heart. As the ecstatic flute flourishes, textured vocals harmonise and gentle rattles shimmer in the background, the instrumentals steadily swell and the sweetness disappears in an incredible thunderous crash of screeching guitars and cymbal crashes that will make you want to air-drum like never before.

Then ‘Where’s My Sex?’ happens. I know songs based around nothing more than in-jokes and cute but nonsensical catchy lyrics can have their day (‘Pork and Beans’) but I feel the line must be drawn somewhere so I’m not going to dwell on what will inevitably be the most skipped over track on the album. A position likely to be challenged by ‘Smart Girls’ which, with its effete drum-machine drums, offers up nothing more than a slightly tiresome slice of soft college rock.

Ryan Adam’s co-write ‘Run Away’ continues with similar Americana infused melodies as the man himself lends some gritty backing vocals whilst Cuomo’s earnest howls on Gregg Alexander collaboration ‘Hang On’ shows the frontman at his most vulnerable in years.

Hurley is a chameleon of infectious pop that permeates the grittiest of riffs set amidst Cuomo’s effortless indie quirks and blistering melodies. With pockets of past inspiration shining through this may well be Weezer’s best release in years, but those hoping for a flawless return to earlier form will be left slightly disappointed, as per usual.