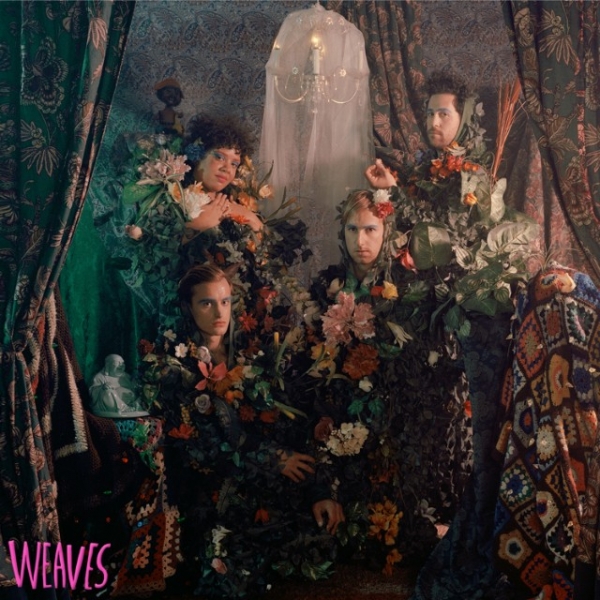 Toronto’s Weaves have made a name for themselves as a high-octane, renewable resource of experimental punk. Their proper, self-titled debut will turn off some listeners due to its raggedness, but those willing to dive in will find plenty to sink their teeth into.

Weaves starts off with perhaps its most accessible track, “Tick”, which could easily be an indie radio gem with its scratchy guitar and steady thump. It comes off sounding like a mix between more mainstream acts like Alvvays and instrument hoarders like Tune-Yards.

Both “Humans” and “Coo Coo” are a blast. They’re tight, well-written songs that allow the band to throw in its signature flourishes without derailing the track. Singer Jasmyn Burke’s impressive vocal range is on display with both cuts, as she stretches into falsetto effortlessly in the middle of words and phrases.

"One More" is feverish and surreal, brimming with manic energy. It sounds like a Terry Gilliam film condensed to under three minutes. Bass and guitar fight for attention, constantly trying to overpower each other, while Burke's vocals turn from sweet to ominous on a moment's notice.

There are some gambles that don’t entirely pay off, like the 808 drums on “Sentence”, but Weaves mostly holds to its own internal logic, so it’s up to you about whether you’re going to buy in. Overall, it’s an enjoyable outing with a band clearly brimming with talent and a physical need to get their ideas out to the world.