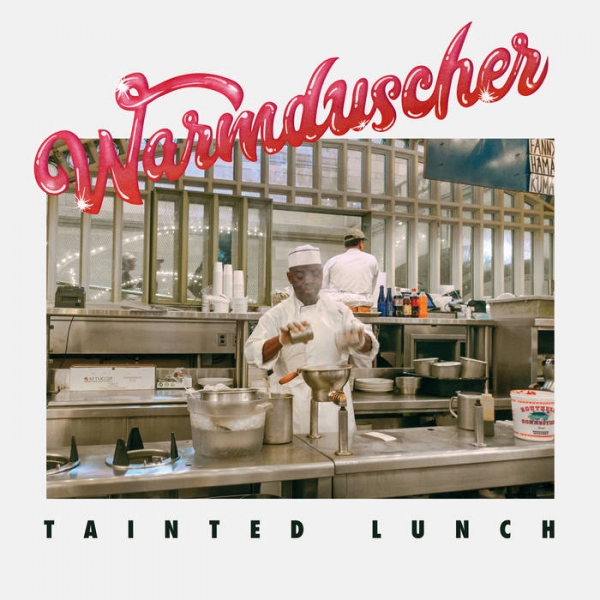 The masters of madness return, with Iggy Pop and Kool Keith in tow, bringing you Warmduscher’s most hideously brilliant record yet, Tainted Lunch.

Now on their third LP, Clams Baker and crew are consistent wielders of the weird. Tainted Lunch, their funkiest record so far, sees them working with the busiest man in music right now, Dan Carey (Squid, black midi, Fontaines DC). Togerther, they stew the grizzly wit of surrealist lyricism with murky, funky beats that'll make you want to get naked and get down. It's gritty, poppy, tasty, and utter, utter filth.

The whole thing feels a bit like a messy acid trip, darker than you're prepared for, like a self-destructive Hunter S. Thompson narrative. But with Iggy Pop growling into your ear on opener "Rules of the Game", you don't really want to be anywhere else.

The first single off the album, "Midnight Dipper" - an instant 6 Music favourite - is punchy, demands your attention, and oozes funk. The newly released creepy stop-motion video for "Disco Peanuts" is so worryingly impossible to avert your eyes from; it is a perfect allegory for the grim almost-fictional existence that is Warmduscher.

Tracks like "Fill It, Don't Spill It", "Grapeface", "Blood Load", fill your mind like a nightmare, screaming; a beast consuming its prey. But eventually the trip has to come to an end. "Tiny Letters" sees Warmduscher signing off, letting it all go, in a painfully beautiful ballad. The range of this band is intelligent and impressive. They do everything to perfection yet so freely it feels effortless.

Tainted Lunch is an irresistible delight; once you taste it you know you can never go without it again. Seductive, inescapable, overpowering, and you might need to take a shower afterwards.