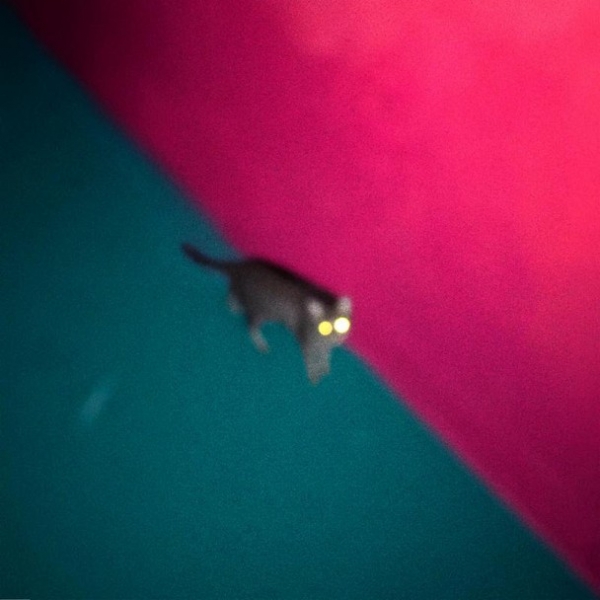 Ah mate. Nothing stokes my excitement like the words “!!! to release new album.”

A band unmatched in their ability to make psyched-out floor fillers, they’ve never really dropped the ball in their 16-year career – skidding from more traditionalist club sounds to crashing post-punk and back again, all with tongue firmly lodged in cheek.

Wallop is the band’s first ‘proper’ album since 2017’s Shake The Shudder – them having gone off road with 2018’s mixtape MEGAM!!!X: VOL1: Shake Shake Shake. MEGAM!!!X was a songless club mix which took the idiosyncrasies of their sound – the endless feedback, the wubs of analogue bass, the expertly pitched discord – and moulded them into something very dancefloor. The new LP takes us back to full band !!!, but the impact of that detour is palpable, with more purist club elements pushing through the usual joyful cacophony.

But let’s start with the archetypal !!! bangers. Opener “Let It Change You” is all pumping electronic brass and dizzying phasers, its clattering backbeat topped off by Nick Offer's sleazy/sexy sing-talking. “Off The Grid” ‘s journey centres around a wavering three-note synth line, starting out as hands-in-the-air, 1am house and just gettinge more and more disordered as Meah Pace yells the apocalyptic refrain: “Get up/It’s here/You’ve got to start to assume/The end is here/And not a moment too soon”. There’s a sumptuous transition between “Off The Grid” and its chilled-out cousin “On The Grid”. The latter saunters like Coming On Strong-era Hot Chip, pulling out all the noise from the original and replacing it with stuttering organs and soft, stacked vocal harmonies. As always with these guys, arrangements feel organic, the result of a wavy jam session staffed by your most discerning and musically-gifted friends.

So far so !!!– but there are some wild cards here, even for a band who deal in little else. Single “Serbia Drums”s tropical guitars and breezy pop chorus sound more aligned with Two Door Cinema Club than anybody signed to Warp. It’s a courageous slab at a consciously commercial sound which mostly pays off. “This Is the Door” is a believable slice of smooth 80s disco complete with Quincy Jones-esque rhythm guitar, even if the overtly cheesy lyrics don’t really flatter Offer’s hot-but-also-mildly-creepy uncle schtick. When the band veer into the cleaner, clubbier sounds, however, the record peaks. “Domino”, with its flute that sounds ripped from Peter Gabriel’s “Red Rain”, is a music box shuffle, peppering with miniscule mallets and one mesmerising vocal sample – “Domino – D – D – Domino” – running throughout. Likewise, “Rhythm of the Gravity” is built around a stonking garage beat and a bunch of fat brass samples, that could well have been nicked from Boy Better Know. So club-literate, its a delight to hear the band plunder a myriad of scenes and sounds with the singular purpose of getting you on your feet.

In all, it feels like, in making MEGAM!!!X, !!! further sharpened their ability to make capital D Dance Music. Wallop is so confident in its ecclecticism, but it really impresses when the more simplistic, unpretentious urge to move hips and raise hands takes the fore. As always, an absolute pleasure to spend some time locked in with these brilliant oddballs.