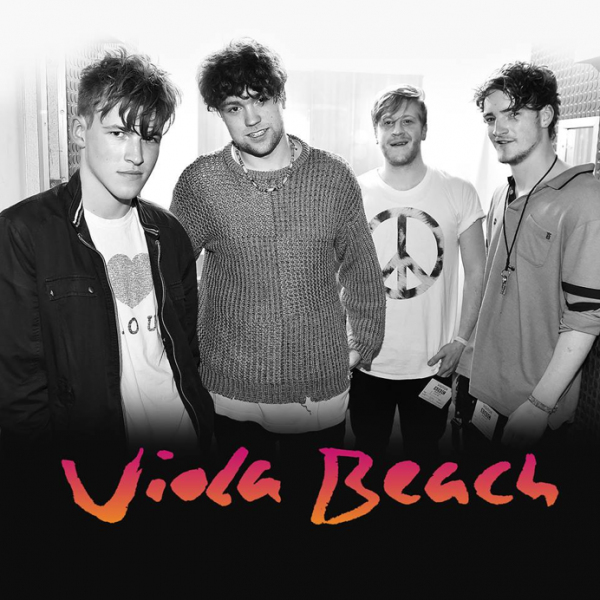 What makes Viola Beach’s self-titled debut, released three months after the band and their manager died in a car crash while touring in Stockholm, especially tragic is just how much potential they show as a sunny indie pop band seemingly on the rise. Viola Beach is not a perfect record, but its sweetness and optimism make the somber realities surrounding its release even more difficult to swallow.

Clocking in at nine tracks, Viola Beach features the band’s two previous singles, “Boys That Sing” and “Swings & Waterslides”, along with a handful of unheard material that was likely slated for inclusion on an EP this year. While the record’s brevity is obviously a grim reminder of just how early these talented individuals were in their careers, it does fit their shimmering, bright sound, which feels like a brief glimpse of blue on a grey, rainy day. Released with the support of the members’ families, the band’s debut skirts the problems associated with many posthumous albums, feeling cohesive and fully realized, not like a patchwork of songs and ideas.

Musically, the album is far from perfect, but that’s part of its inherent charm. Like Coasts or Peace, two fellow U.K. indie pop acts, the boys of Viola Beach made music with a sense of youthful urgency. Songs like “Drunk” move at a brisk pace that immediately captures the attention of the listener. There’s an exuberance to the entire record that feels genuine and fresh, like it was captured unexpectedly.

Opening Viola Beach is “Swings & Waterslides”, the song that brought the band to the mainstream and reached the No. 11 spot on the UK Singles chart, providing an easy entry point for the unfamiliar. As with much of Viola Beach’s music, the song is more nuanced and complicated than it appears on first listen. Kris Leonard rolls through the verses in an Only Real-esque half-rapped cadence, putting the emphasis on his delivery and lyrics. Then, just as the song seems ready to go full O2 Arena on the hook it suddenly peels back, leaving just Leonard and Tomas Lowe’s bass.

“Cherry Vimto” manages to be both beachy and melancholy, thanks to sentimental guitar from River Reeves and snare heavy percussion from Jack Dakin. Reeves was not a virtuoso guitarist, but he had a knack for churning out infectious melodies that perfectly complimented Leonard’s vocals.

The BBC Live version of “Get to Dancing” highlights the live chemistry between the members; it’s easy to hear the track and picture Viola Beach killing on the summer festival circuit for the next five years. Making danceable rock music is not an easy feat, but it was clearly a knack that this band possessed.

“Boys That Sing” closes out the album, remaining every bit as infectious and spunky as the first time you heard it. The song is still an absolute blast, even if its Sing Street story – Leonard claims to have learned to sing simply to impress a girl – now seems a bit played out.

Coldplay’s “Boys That Sing” cover during their headlining slot at Glastonbury was an undeniably touching moment as well as a powerful moment for the British music community. It’s especially heartbreaking after listening to Viola Beach, which shows enough promise that you can’t help but feel like, had things gone differently, these boys could’ve one day performed in that same spot.

The outpouring of support from luminaries like The Kooks, The Coral, Liam Gallagher, and The Stone Roses, in addition to Coldplay, was not only an acknowledgement of the tragedy of four young musicians passing before their time, but also a testament to the potential greatness that lay ahead for them.