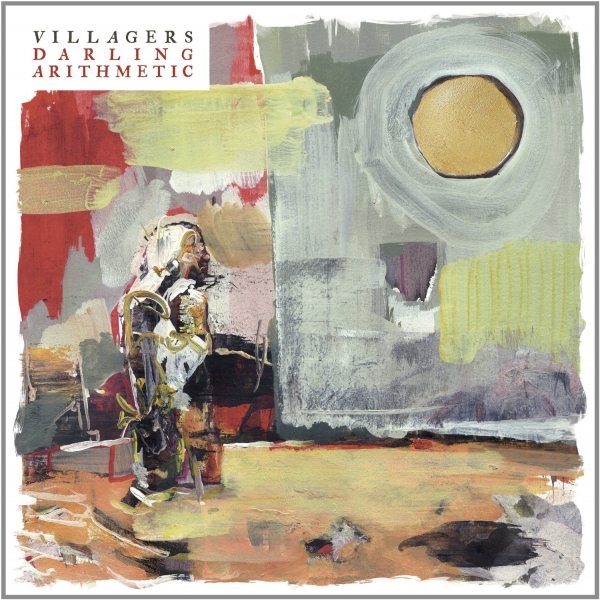 There’s having your debut album nominated for the Mercury Prize, and then there’s having both your first two albums nominated for the Mercury Prize. Villagers can proudly boast that rare accolade after 2010’s Becoming a Jackal and 2013’s {Awayland} were both shortlisted for the prestigious award. Neither album won, which is perhaps not such a bad thing given the trend for bands and artists to experience a drop in form after getting their hands on critical glory. Regardless of whether you wish to believe in such things as being simply coincidence or indeed the work of some spiteful musical god (who is probably a heavy metal fan), Villagers stick true to this general rule. That is because, from the sounds of, Darling Arithmetic, the project is going nowhere but onwards and upwards.

Recorded entirely by Conor J O'Brien without his erstwhile bandmates, Darling Arithmetic is a minimal masterpiece of singular musical ambition. Where {Awayland} offered surreal folktronica placed between country-meets-funk epic narratives and silkily strummed confessionals, this time we are presented with a much more cohesive collection of tunes. In turn, a certain mood takes hold of the album, that being of an artist unfurling, showing himself to the world without the mask of metaphor.

This is realised largely by the absence of any over-elaborate background noise obscuring O'Brien's confessional songwriting. Whilst the musicmanship is in itself to be admired for its beautiful simplicity, we can't help but be drawn closer to the words uttered from the singer's mouth. Take the album's opening song and leading single, "Courage", for example, which enters with an unimposing acoustic guitar allowing O'Brien to make his first round of confessions in the lines: "it took a little time to get free / it took a little time to be honest / it took a little time to be me." Ultimately, it may not enjoy as many spins as the singles from his last album, but it's a song which invites its listener to what the artist has to say far more than 2013's lead single, "The Waves".

This is just the first lock to be opened. On "Everything I Am Is Yours", O'Brien claims that he "left his demons at the door" over an unremarkably ideal melody of guitar strings and piano keys and it isn't until halfway through the third track, "Dawning On Me", that the record gives us a first taste of bass in elegantly integrated undulations over a softly shuffling procession of drums. "Hot Scary Summer" introduces a soaring sheen of synthesised organs as O'Brien turns his customary vocal quietude into something close to a heartache induced croon for the first time in a tale of relationship on the cusp of melting point.

Every artistic step that O'Brien takes during Darling Arithmetic is surefooted, allowing for an interesting juxtaposition between the album's underlying theme of embracing the uncertainty in things - a theme tried before on the 2013 single "Nothing Arrived". This is no more evident than on the brilliant "The Soul Serene", in which O'Brien ethereally muses: "Keep spinning to the soul serene / till I've got no reason to figure out what it means / and I find chameleon dreams in my mind." This is far from being the angst of a man toiling with the complexities of existence, this is a man jumping defiantly upon the carousel of life and flinging a peaceful, well-meant two fingers to the world. And he implores his listener to do just the same.

This said, O'Brien isn't entirely complacent sitting his merry-go-round of ignorant bliss, because he well knows that there are people out there who won't join him. On "Little Bigot" the singer decrees that "love is all / love is real / love is true" before imploring the little bigots of the world to "throw that hatred on the fire". This song is the most intense moment thematically with the otherwise placid O'Brien taking an accusatory turn. This is naturally reflected in the music, as an agitated guitar lick repeats itself over jarring drips of ivory. It's the kind of thing that would work well as hypnotherapy for recovering UKIP supporters.

No disrespect to the absentees (that being the band with whom he recorded with on the previous two albums) but In Darling Artihmetic Conor O'Brien has put together his best album under the Villagers moniker. The Irishman has turned a sound which invited adjectives like obscure, surreal, and eerie, to one which can be described as simple, clear and ethereal - both sets perfectly fine in their own right, but in the latter there is far more to be gained by the listener. Let's just hope he never wins that Mercury Prize.