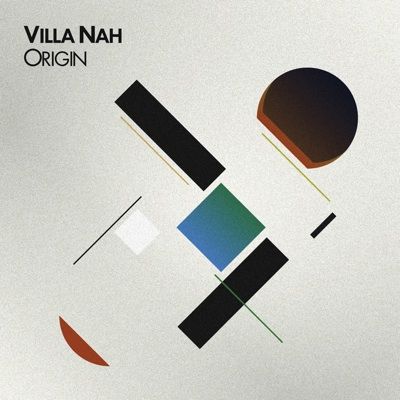 Villa Nah say their music is about “dreams and time” and as abstract as that sounds, there isn’t a better way to describe it. If minimal techno and dreampop got married, this is what their child would sound like. The production may take its cues from leftfield IDM, but Origin vibrates with all the luxuriant anthemic futurism of 80s synthpop. The longing of the lyrics fits seamlessly with the hardwired electronics, each rendered more profound by the presence of the other.

Origin’s pristine synths and lovelorn lyrics do throw up the obvious cues from the past like OMD, Pet Shop Boys and Erasure, but overall this record draws from all corners of the history of electronic pop without really needing to fit the formula of any era. Already high on the charts in their native Finland, and drawing equal amounts of support from both the techno heavyweights (Jori Hulkonnen co-produced) and electropop camp, the songs posses the kind of expansive thoughtfulness that eludes so much of either genre.

The pivot of this album is in it’s well-calibrated balance of constantly-shifting polar opposites. Machines and emotions dance around one another, each element containing significant traces of the other. Tomi Hyyppa’s silky melodies just emerge from the ether, wrapped in Juho Paalosmaa’s reverb-coated vocal delivery. The overall effect is not, as it might suggest, glassy detachment, but a warm, slow-building euphoria. Instead of ‘late night dance music’ this is a record that might be the best during the weary glow of a 7am comedown or bout of insomnia. When Juho sings “It’s keeping me up all night” on ‘Remains of Love’ you’ll know exactly what he’s talking about.

If there are any shortcomings about Origin, they’re all afterthoughts; none detract from how much enjoyment there is to be had. But yeah, alright, it’s a bit patchy and repetitive… The synths ramble aimlessly sometimes, and it loses tension in parts. You can definitely tell it’s a first album, but in that, it gives even more reason to be excited for Villa Nah’s second offering.

So, in short this is an album for people who crave pleasure in their music. It’s not at all a difficult album, but it wraps its secrets tightly, and from its layers there’s much to discover and re-discover. Turns out in making music about dreams and time, Villa Nah have made a timeless record.