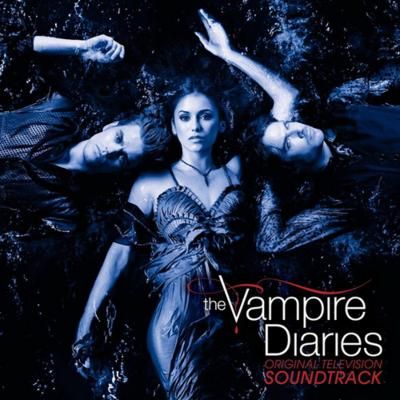 The world has been fascinated with vampires for centuries. Bram Stoker’s novel from the 1900s has catapulted the mythological creatures to iconic statuses ever since its release. Countless vampire-inspired works of fiction and film have made their way into our lives; Christopher Lee became the 1950’s poster-boy of bloodsuckers in Hammer House Of Horror’s Dracula collection, inspiring hoards of vampyric actors to follow suit. Recent fuel for our obsession has come from the likes of the Twilight phenomenon, True Blood, Being Human and The Vampire Diaries. The creators of The Vampire Diaries are now releasing a soundtrack to accompany the ITV2 success story, taking over our music players as well as our screens.

As soundtracks go, The Vampire Diaries OTS is rather varied. In line with the moody, mystical show, the tracks are atmospheric, appealing to both fans of the series and those unacquainted with the Salvatore brothers. The two Mike Suby tracks are imagination-seizing soundscapes of film-score quality. Placebo’s dramatic, poignant cover of Kate Bush’s ‘Running Up That Hill’ and Digital Daggers’ intensified version of Tears For Fears’ ‘Head Over Heels’ stand out due to them being dark and creative reinventions of classics. It’s not all gloomy, though. Exclusive Smashing Pumpkins’ song ‘The Fellowship’ is a pacing, space-age, synth-rock feast, marking a new direction for the masters of shoegaze. Also premiered are Goldfrapp’s sweet keyboard pop track ‘We Radiate’, a MGMT-like remix of Gorillaz’ ‘On Melancholy Hill’ and ‘Hammock’, a jaunty afro-beat/ indie offering from Brit band Howls.

With indie, pop, synth-dance, rock and more, The Vampire Diaries OTS is a well-compiled mix from established artists, making it an easy, likeable listen for fans of vampyric creatures and decent music alike. It is worth having for the covers and exclusive tracks alone, making the other tracks from bands including Bat For Lashes, Silversun Pickups and Morning Parade an added bonus.