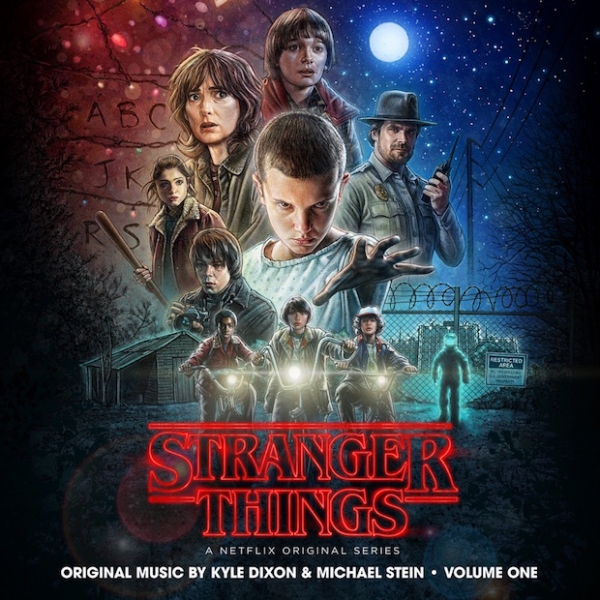 Stranger Things might only have only hit screens mid-July, but it’s undeniably the smash of the summer.

Sure, the show might be full of monsters and mystery, but what really drives the series is the strength of its characters. Whether they’re learning the ever-expanding possibilities of the world around them, developing friendships, severing ties, fighting for their lives, or falling for someone anew, the world the show inhabits may be somewhat alien, but its nature is as human as can be.

The score – composed by Kyle Dixon and Michael Stein of S U R V I V E – embodies that duality. Instinctive emotions in an ethereal glaze, nostalgic melodies presented through eerie synthesised sounds.

Perfectly complimentary to the instance it’s created for, each track expands the mindset of the moment. The expansive echoes of “Kids” are laid open in wonder, introducing the oddball group who, right from the start, are in a world of their imagination. There’s the gentle chimes of “Nancy And Barb”, elegant and refined with an air of the fanciful, and the sombre glimmers of “Eleven”, coupling an undercurrent of sadness with a graceful yearning.

Of course, the music makes more sense given the context of the shows visuals, but when the emotions are such a driving force, every impact is still clearly felt. Take “Castle Byers”: even without the imagery of a memory fading into nothingness, the crushing weight of absence is still a crippling blow. It’s these darker moments that drew the score most of its praise.

The sinister melodies and startling thuds of “The Upside Down” and the gut-twisting drones of “Photos In the Woods” are indeed stand out moments, but where the score truly shines is in the subtle nuances that bring these melodies to life away from the screen. The lightly echoing signals of “Fresh Blood” sound with an air of alarm beneath the driving melody that’s keenly felt even if only slightly heard. The drawn out sub-melody of “Lay-Z-Boy” might be a direct contrast to the cautiously bubbling curiosity of the lead lines, but it presents an ever-growing sense of ease that’ crucial to the movement.

Thirty-six tracks in length (and that’s only one half of the score’s completion), the Stranger Things soundtrack offers an entire world to get lost in. Removed from the narrative of the series itself, every emotion is given the space to take its own form – and the result is as mysteriously powerful as the world that it hails from.