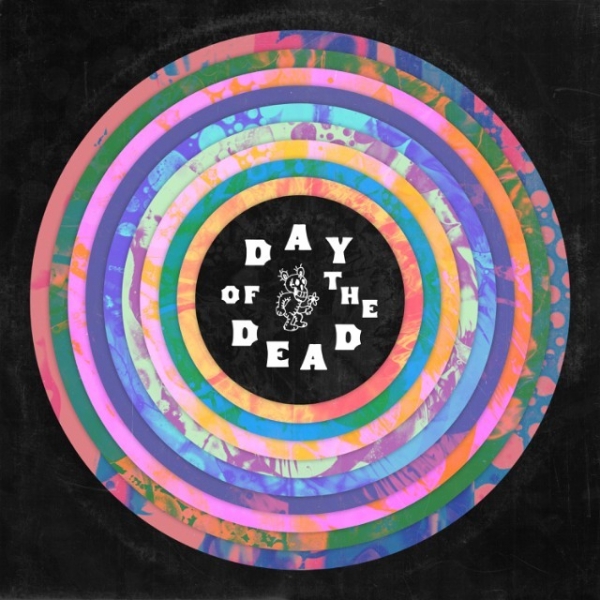 “What did the Deadheads say when they ran out of drugs?” “This band sucks.” This dismissive gag epitomises a lot of the popular (mis)conceptions about the Grateful Dead in these parts.

It's different in the US. A cultural icon with a lofty, near-mythical status far beyond what their relatively meagre album sales and fervently loyal cult following merit, the foremost band of the San Francisco-bred psychedelic revolution - the surviving members recently played a handful of vastly oversubscribed 50th anniversary final shows, having formally closed shop when lead guitarist (and unofficial figurehead of the US counter-culture of a certain vintage) Jerry Garcia succumbed to ill health in 1995, after years of enduring the dark afterlife of the hippie dream - pack an enduring cross-generational appeal most other outfits shouldn't even begin to dream of.

Even so, their music tends to get overlooked amidst all the Haight-Ashbury, Acid Test, stick-it-to-the-man hippie era mythologising, a situation not helped by the band having been much more at home on stage than in studio, leading to a notable lack of universally acknowledged classic albums, with the possible exception of acclaimed Americana twosome American Beauty and Workingman's Dead (both from 1970). Apart from acknowledgements of the Dead's appetite for pure, unadulterated free-form improvisation, discussions of the band are prone to focus on their ability to marshal their fans - those famous Deadheads, for whom the clocks allegedly stopped around 1969 - into a band of devotees whose unwavering determination to stick with the band through thick and thin allowed them to gradually expand into a stadium-sized proposition almost totally outside the confines of the corporate recording industry. It's almost as if their business acumen - intentional or otherwise - was somehow more impressive than their ability to steer American roots music tradition - and the deeply conservative values that often come with it - head-first into the furthest-out psychedelic space-rock (or noodling, as less generous commentators might put it), resulting in a rich blend of the down-home and the far-out, the urban and the rural, the back then and the right now, as opposed to the messy clash you might expect.

Orchestrated by members of The National, Day Of The Dead - the latest in a series of ambitious multi-artist projects to raise funds for HIV/AIDS charity the Red Hot Organization - seeks to address this by focusing on the Grateful Dead as songwriters and deeply knowledgeable explorers of American roots music forms. Perhaps fittingly, the five-hour set, crammed full of the most noted practitioners of contemporary US - for want of a classier term - alternative rock, alongside a handful of more esoteric names such as Senegal's super-vibrant Orchestra Baobab, resembles the Dead's heroically/foolhardily generous shows that make Bruce Springsteen's at their most extended resemble quick sprints. Divide the marathon duration by the number of tracks - 59 - and it's quite clear that many participants have honoured the Dead's famed aversion to brevity.  The set's aptly titled, then: it will take pretty much an entire day to get through all of the material.

What does this epic offering tell someone who knows more about the Grateful Dead's history and cultural significance than their actual music? For starters, the band were capable of crafting tunes far, far beyond the reach of the sluggish, perma-stoned noodlers of popular stereotypes. The likes of "If I Had The World to Give" and "Standing on the Moon", tackled with great care by Bonnie Prince Billy and Phosphorescent respectively, are seriously beautiful, resonant stuff that any songwriter would be proud to call their own.  And that's just the tip of the iceberg. From laidback boogie, outlaw boasts, Americana rambles, stripped-down laments and country/blues balladeering to warped wig-outs that seek to out-weird the original model (these, with the notable exception of the richly pulsating glide through the outer reaches of the far-out that Cass McCombs' sweet rendition of "Dark Star" crashes into, being the least successful entries), this truly is a bewilderingly diverse, almost boundlessly vast mountain of music only the exceptionally brave would try to digest in one sitting.

Considering the band's indelible link with psychedelic mind-expansion, it's striking just how non-lysergic - and as such more timeless - much of the material is. For example, the gently swaying "Candyman" - beautifully sung by My Morning Jacket's Jim James - could easily fit on the rustic early albums by The Band, whilst Unknown Mortal Orchestra's fantastically frantic "Shakedown Street" repaints the 1978 bleary-eyed disco-funk original in the rubbery day-glo colours of Multi-Love. Perhaps the best of all, The National's majestic, mournful "Pretty Peggy-O" pumps alluring fresh air into a signature sound that's become increasingly predictable in recent years; their take on "Morning Dew" is almost as good.

Considering the immense scope of the project, it's inevitable that some offerings are less successful than others; attempts to replicate Grateful Dead's loose-gripped jamming in particular remind you that it takes a special group of musicians to navigate the treacherous borderline between laidback and limp. But even if some undistinguished tunes remind you why Grateful Dead are better remembered as a prodigious live act than an entirely successful recording outfit, Day Of The Dead certainly makes a compelling case in favour of the Grateful Dead's merits as musicians and songwriters as opposed to uncommonly successful marketers of an alternative lifestyle. If the aim of Day Of The Dead - alongside raising funds for an important cause, of course - is to get casual dabblers in the Dead mythology to actually investigate the legendary band's output, it's definitely fit to achieve its aim.