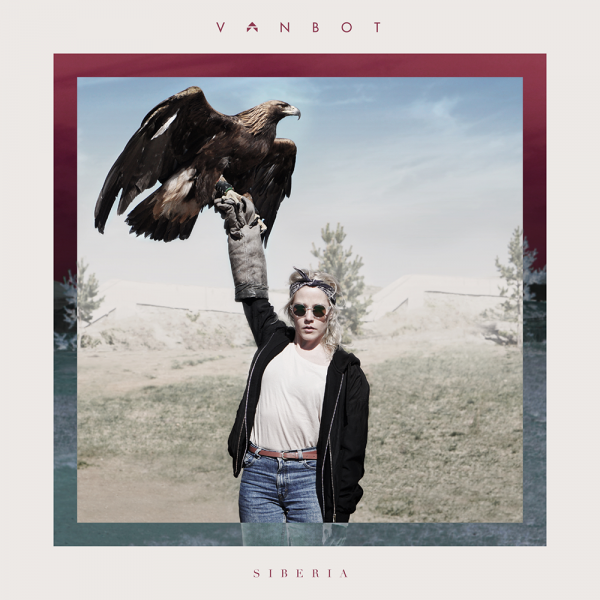 Sumptuous, evocative and consistently surprising, electronica artist Vanbot’s third record Siberia was written and recorded in the unorthodox environs of the Trans-Siberian railway.

Vanbot – aka Swedish musician Ester Ideskog – was accompanied on the 17-day trip from Moscow to Beijing journey by Petter Winnberg of Swedish pop groups Amason and Little Majorette, and producer Johannes Berglund, who has previous with The Knife, FKA Twigs and Owen Pallett. The trip was an attempt to break free from the mundane setting of the recording studio, and explore something new, both mentally and physically. “I had been dreaming about this for years, almost possessed by the idea” says Ideskog. “It felt like a necessary detour for my writing. I needed to challenge myself, break things down and peel back the layers.”

Fitting for a record recorded in motion, repetitive loops and beats are a mainstay. In opener “Not That Kind (Moscow)” – also, incidentally, the first song written on the journey – driving clipped drums and synth whizzes are interrupted by one-off phrases, like sights of human life glimpsed as a landscape unfolds out of the window. Ideskog’s layered vocals are mixed relatively low throughout the record, almost reinforcing the idea of her as an observer, as someone who has taken a step back from the landscape that the sounds evoke.

Despite the seemingly idyllic creative environment that produced it, Siberia isn’t a cosy listen. Second track “Stay With Me (Perm)” starts with a pulsing beat and spiraling synths in sync, which gradually fall out of time with each other, never quite letting the listener settle in. The quiet darkness of “Hard To Get Used To (Baikal)” seems to reflect a bleaker moment in the journey, accompanied by the sparsest arrangement on the whole record. The suggestions of place names in the song titles as a guide.

Nestled between the bursts of surprising sonics are more straightforward, reflective songs such as “On The Fly”, which recalls Goldfrapp’s quieter moments – translating the pastoral into luscious synths. There’s also poppier moments, like the yearning catchiness of “Collide”, which introduces a heavily-treated 80s AOR guitar sound to the mix, or “Close Enough”, which melds the driving electronics of the earlier songs into a Grimes-esque alt-pop bop.

The subtle changes in mood throughout the record correspond so neatly with the journey’s subtle changes in landscape, which will be further revealed to listeners in a accompanying documentary to be released alongside the album. Even without the visuals, the mood and narrative of Vanbot’s journey are sometimes sharply articulated, sometimes mysterious – we can piece together a story, or just sit back and observe as it passes.