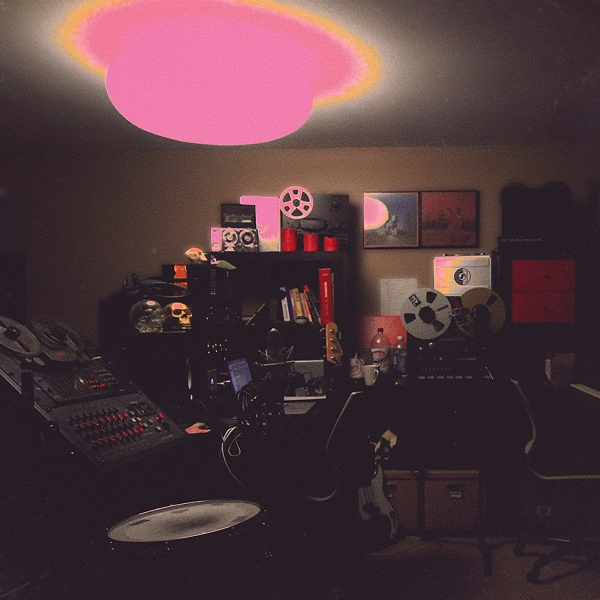 In a way, the concept of psychedelia has been tipped on its head. In its original 60’s meaning, the term stood for ideas that had seemingly been catapulted to the Earth from some distant, unknown future. Since then, it’s become shorthand for retro-minded music that seeks to trek the by-now familiar paths first trod by the heady experimenters of the past, with the same catalogue of musty vinyl endlessly recalibrated and recreated.

Although they've always belonged to the more adventurous end of the backwards-gazing pack, New Zealand's Unknown Mortal Orchestra have fitted quite neatly within these parameters of modern psych-rock. Much like the hugely underrated Dungen and Tame Impala, the trio's records are largely the work of its front-man (Ruban Nielson), with the full line-up on duty for live shows; the virtuoso way with which I (2011) and the justifiably praised II (2013) married traditional guitar-baiting with hip hop-indebted drum beats and singularly modern, lo-fi yet hi-tech production touches is also reminiscent of UMO's aforementioned, likeminded Swedish and Australian colleagues.

Against this background, initial spins of Multi-Love can be a profoundly confusing experience, like bumping into a bafflingly built alien when expecting to encounter an old friend. The harpsichord and what sounds suspiciously like sitar - the ultimate weapon of choice for vintage psych, obviously - that kick off the opening title track are comfortingly familiar, but things soon speed towards much, much weirder terrain. In place of II's downbeat guitar grooves and plenty of alluring space between the sparsely administered notes, we now have disorientating techni-colour synth storms and busily bubbling rhythm tracks that weld distorted handclaps and pieces of two-by-four being struck together to robust drum beats, one of the few things here presented un-tweaked, in clear high definition. Instead of II's tour-weary, heavily medicated, drowsy solipsism, the tunes on Multi-Love - itself possibly a reference to relationships that break the boundaries of the traditional couple - are centred on the complications and confusions of human interactions.

The fact that Multi-Love presents a huge creative leap forward helps to deal with the shock of the new. Recorded after Nielson took an extended break from touring to spend more time with his family (on this evidence, he must have also upped his hours in his Portland, Oregon home studio), Multi-Love is an innovative, open-minded, forward-gazing album that manages to maintain total intoxicating harmony whilst combining such riotously hyper-active musical templates as the wildly ricocheting, incredibly infectious yet totally bizarre "Like Acid Rain" - imagine Sly & The Family Stone's more optimistic moments after a free-for-all in a candy store - with melancholy contemplation and self-doubt.

The vibrant material and the daring determination to present it in a way that consistently rips up the rulebook in terms of what Unknown Mortal Orchestra 'should' sound like are both revelatory: check out the disco bass bounce of "Can't Keep Checking My Phone", possibly the funkiest track yet about separation anxiety, with a subtle musk of Caribou hanging over the densely layered rhythm track, or the bluesy neo-soul swoon of "The World Is Crowded", with disturbing lyrical snippets - someone blowing someone's brains out, suspect prescriptions - raising their head above the murkily languid atmospherics.

Nielson's familiar sleepy, submerged half-whisper is a thing of the past; there's a newfound range and confidence to the heavily treated vocals, from the heavenly croon on the similarly celestial title track to the cracked snarl of the hugely impressive mini-epic that dreams of an affair powerful enough to end "Extreme Wealth and Casual Cruelty" (with hints of Prince's late-80's psychedelically touched workouts) and the frustrated ranting of the uncharacteristically aggressive "Puzzles." The hypnotic and wistful late night contemplation of "Necessary Evil" - decorated with the mournful trumpet of Nielson's jazz musician dad Chris - provides balm for the ears of anyone hoping for a revival of Unknown Mortal Orchestra's trademark sparseness.

It's unlikely that many will be pining for the comforting certainties of the past, however. By abandoning familiar touchstones and rebuilding strangely shaped new things from the scratch, Nielson and Unknown Mortal Orchestra have created a genuinely psychedelic pop gem in the sense that it has virtually zero on in common with what psych-pop is supposed to sound like. What's more, the results are easily infectious enough for us to join them without hesitation on this richly rewarding ride into the unknown.