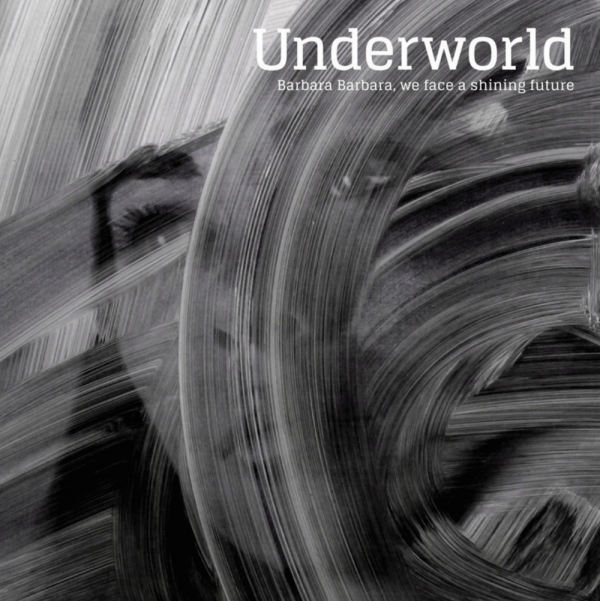 It would’ve been easy to have written off Underworld at the start of this decade - the bar being set so high with their first three albums as Underworld (MK2) meant anything less than exemplary wouldn’t do.

It’s not as if they fell off since their last great album, 1999’s Beaucoup Fish, but subsequent years saw diminished returns, and a flirtation with being a heritage act, busting out “Dark And Long” to rave uncles whose favoured album of theirs is The Best Of.

2002's A Hundred Days Off and Oblivion With Bells five years later were... OK, but with genre-defining albums such as 1994's Dubnobasswithmyheadman, treading water wasn't a guise that suited them. Even more ominous, 2010's Barking album (their first not self-produced), opened the door for producers as disparate as Dubfire, High Contrast and Paul Van Dyke, which naturally resulted in a genre smash and grab, a record which saw them playing second fiddle at their own party.

In the time  since the release of their sixth LP we've seen commendable solo turns from Karl Hyde (including two great albums in collaboration with Brian Eno released on Warp - listen back to the expansive soundscapes of the likes of "Dirty Epic", and it all makes total sense), and soundtrack work from Rick Smith. But the true spark for their reinvigoration was Danny Boyle's commissioning of them to provide the soundtrack to the opening ceremony of the 2012 Olympics. What initially what seemed to be a bizarre decision (they were hardly on fire creatively at the time) worked a treat; their two original scores "And I Will Kiss" and "Caliban's Dream" are dramatic, intense and emotive, a couple of their finest pieces of music, while their programming music by Fuck Buttons during the Athletes' parade was comedy masterstroke.

The opening track of their seventh long player  "I exhale" is a pounding, beat-heavy number with fierce bass and typically oblique Hyde lyrics musing about "spangled top / leather jacket / asbestos roofs / corrugated rhythms". Recognizing this ridiculousness, the chorus of  "blah blah blah blah" is Underworld as a rock band, one of their many fitting hats. "If Rah" continues in the vein of electro-rock as Hyde drawls "You don't look old enough / to have suffered so much... What do I know "  in stuttering sentences which make itsound like a remix of a really good track by The Fall in 1991. The multitracked dour shout of" have a good time" and synth drama culminate into one of those classic Underworld slow builds.

The centrepiece of the album "Low Burn" has Hyde and Smith operating at the height of their collective power. A propulsive piece of techno awash with Philip Glass-influenced ambience, it also shows how Hyde's collaboration with Eno has had an impact; the cinematic soundscapes and the harsh but pretty atmospherics are Eno in everything bar name. The repeated line "The first time / be bold / be beautiful / be free / totally... unlimited" is standard Underworld - simple sentiments accompanied by riveting and complex music. It's one of their best tracks.

Elsewhere you get 'the warm comedown track' in the form of the tender and tired "Motorhome", the acoustic-led deep tech of "Ova Nova", a curious piece of desert fried electronic psych in "Santiago Cuatro", and in "Nylon Strung", a major high point. Piano-led, driving, bass heavy, structured like an actual pop song rather than their usual cut n paste approach, and held together by insistent rhythms, it builds into a piece of euphoric house splattered in glorious technicolourl. Remember that "Born Slippy" riff? We're being taken even higher here.

Barbara, Barbara comes on the back of them revisiting two of their best albums (Dubnobass, and their best, 1996's Second Toughest In The Infants), and although it's unlikely we'll be re-appraising this album in 2036, it still represents an Underworld re-energized. Sometimes you have to look back to move forward, and by doing that, Underworld have made their best album in almost twenty years.