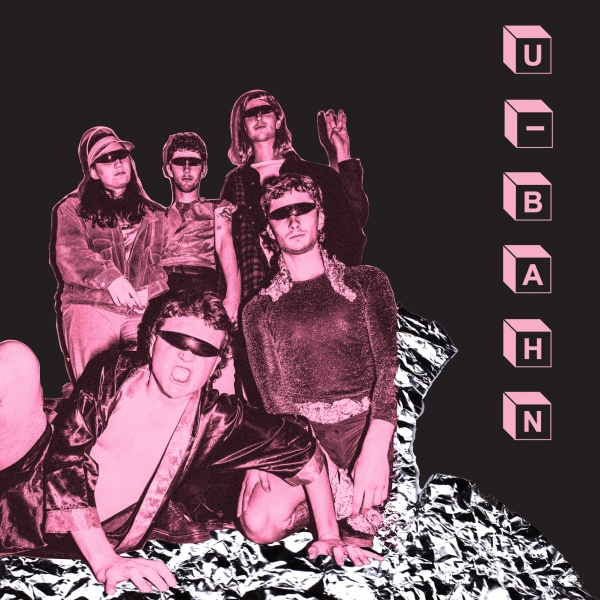 Henry Rollins – he of the bulging neck and uncomfortable machismo – is a huge fan of Devo. Despite his personality and music career suggesting that he’s never enjoyed anything ever (especially a band as fun as Devo), Rollins will tell anybody who’ll listen that he absolutely loves Devo, and has shown in the past that he has rather exceptional taste in other people’s music.

Henry Rollins also likes Melbourne new wavin’ Booji boys U-Bahn - because he likes Devo. He told somebody somewhere that he likes U-Bahn because they sound like Devo, and now a quote from Rollins leads off all of U-Bahn's press material. So there’s that.

One thing we can all agree on is that U-Bahn sound exactly like Devo. Uncannily so. Scarily so. Specifically, U-Bahn sound like the golden era of Devo, from their debut (1978) to the sadly overlooked New Traditionalists (1981). Some U-Bahn songs are rough-edged approximations of Devo songs, and some are blatant rip-offs.

When they do stray from the Devo path, they tread into adjacent fields – Ariel Pink (“Damp Sheets” and “Right Swipe”), Oingo Boingo (“Scantly Clad”)… But by and large, they stick to the Spud road.

What with imitation being the greatest form of flattery, this must be one of the most flattering albums of all time. This is music by Devo fans, for Devo fans, and it’s a hell of a lot of fun.