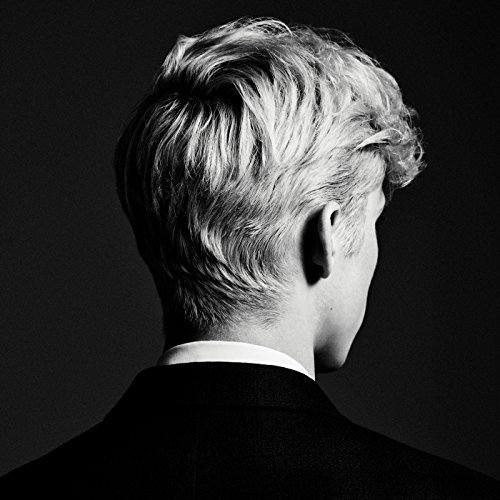 Like the sad queer romance narratives that came before it, we saw our queer failure reflected in its songs, and it gave us an idealistic picture of doomed love to compare our own banal romantic disappoint with. The album’s accompanying film, The Blue Neighbourhood Trilogy, presented a scripted version of the album’s mood: a melodramatic, sun-dappled summer love story between two boys that ended in death. It resonated with self-confessed hopeless romantics, and aligned with the self-flagellating desire for our lives to resemble narrative arcs that need to be resolved.

Comparatively, Bloom embodies maturity not only in its atmospherics and imagery, but in how Sivan confronts his fears of living in the moment, rather than inside a perpetual self-insert fan fiction. The album is a love story that simultaneously rewrites tropes in Sivan’s own image, while defying established narrative beats. And it’s based on a true story – specifically Sivan’s relationship with model and photographer Jacob Bixenman, whose effortless, loving candids of Troye appear throughout the album artwork.

Opening track “Seventeen” is a neat transition from the first album to the second – a bridge between the streetlamps of suburbia and the neon strip lights of adulthood. On Blue Neighbourhood’s “Heaven”, Sivan sang of struggling with acceptance of his sexuality, the refrain “counting to fifteen” symbolically reflecting the age that he came out to his family. Here he’s two years older, going out to bars (or logging on to Grindr) for the first time and hooking up with older men, hungry for real life flesh to replace his daydreams. “I got some beliefs that I think you oughta break,” he announces as a frank introduction. In the distance, the sampled “hey!” from “Wild” is reprised; compressed and cold, adapting to the reality of Sivan’s wide-eyed wanderings.

But this introduction to Bloom is no typical teen-star-goes-‘dark’ cliché: when recounting his experience, Sivan is non-judgemental. The man he sleeps with says, “age is just a number,” but he also assures Sivan that, “you can do whatever you want”. The synths that surround him are warm and soothing. Sivan takes comfort in casual sex and is reassured by the mythology of the night, much like his queer pop elder George Michael, whose “Fastlove, Pt. 1” is recalled here, specifically the line, “Looking for some education / I made my way into the night”. But even in the context of casual sex, Sivan holds on to his characteristically romantic, hopeful core – he’s looking for love not sex, or perhaps hoping that one can come from the other.

The tentative explorations of “Seventeen” act as a prologue for the rest of the album. Lead single “My My My!” brings us to the present, exuding 50-foot tall queer joy, as audacious as the exclamation point in its title. The now 23-year old Sivan is in love and in control as he instructs his partner to, “Go slow / No, no, go fast / You like it just as much as me.” This experience of demanding sex leads to the all-in declaration that a night spent alone, “should be the last night we’re apart.” It’s clear that Sivan has found what he was looking for six years ago – love and sex intertwined, a fulfilled personal fairytale.

The album’s title track is Sivan’s take on a more universal love story format: the teen pop fantasies of Christina and Whitney and Katy. “Bloom” exists in a parallel world where “Genie in a Bottle” and “Teenage Dream” and “Saving All My Love for You” are simultaneously about loving someone so completely that you can’t fathom it, and about allowing them to top you for the first time because you love them so completely that you can’t fathom it. Its thinly-veiled garden metaphors are bubblegum-corny, but that’s kind of the point. It’s an intercepted transmission from a utopia where every all-consuming, first-rush-of-love, I’ve-waited-my-whole-life confessional is sung by a queer person.

The melancholy of Blue Neighbourhood is here, but it’s buried in the subtext of Sivan’s joy; an ever-present worry. In the shadows of all this celebration, there’s a sense that the happiness Sivan has found is temporary, that it could be taken away at any moment. On “Postcard” he writes to his lover from Tokyo, lamenting in the hushed tones of a sleepless night that, “I don’t sleep until your body’s on me... About to burst at the seams / ’Cos I’m picturing you beside me.” But when he’s reunited with his lover, the pining doesn’t stop. The deceptively sunny “Plum” finds Sivan awake in the early hours of the morning, gazing at his lover and recalling times together that could have been as recent as the night before, worrying that it’s all about to end: “Even the sweetest plum / Has only got so long.” It’s a potent nostalgia for the present: the trepidations of a person who is used to romanticising their life in retrospect, but who is trying to find contentment in the moment. This serenity is almost reached on “Lucky Strike” a sun-warmed romance set in his and Bixenman’s adopted home of Los Angeles. Here we find Sivan on surer footing, assured of his place as half of a whole: “You’re safe like springtime / You drag, I’ll light.”

Sivan plays with time and possibility in a different way on Ariana Grande duet “Dance to This”. After 2 and a half minutes of dancing coquettishly around a potential lover (“Dear beloved / Bring those 501s a bit closer”) the song about-turns into a thrilling middle eight teeming with expansive drums and heavy breathing. It’s only 15 seconds long, then it’s snatched away: a glimpse of the wild pleasures that are just out of reach for those of us who ache to commit to the boldness of our desires, but are consistently too afraid.

Like “Medicine” by The 1975, or “Let’s Go Out Tonight” by The Blue Nile, closing track “Animal” is one of those rare, jewel-like songs that expresses absolute comfort in the midst of emotional devastation: a loved one clinging onto you in the wreckage. Sivan sings to his lover from crumpled sheets, “While you’re lying awake / covered all in the night before / No-one’s got me quite like you.” His voice has a vulnerable lilt, almost disbelieving: After four and a half minutes, the music stops abruptly – no happy ending, no resolution, just ourselves, in the present tense.

Bloom is an exceptional pop album, but maybe more importantly it’s a beacon for queer people who struggle to reconcile our neuroses – societal and personal – with our potential for joy and love. On Instagram, Sivan posts Polaroids of himself, Bixenman and their dog with the caption “19 days til bloom <3” – a perfect, bliss-filled image signposting an album full of romantic joy that he can’t quite root in the present. Bloom is a triumphant queer love story, a fairytale romance that is tangible because it grows through the cracks of self-doubt that are all too familiar for so many of us. Sivan’s is a joy that could be all of ours, if only we’d stop daydreaming and make our first steps out into the night.