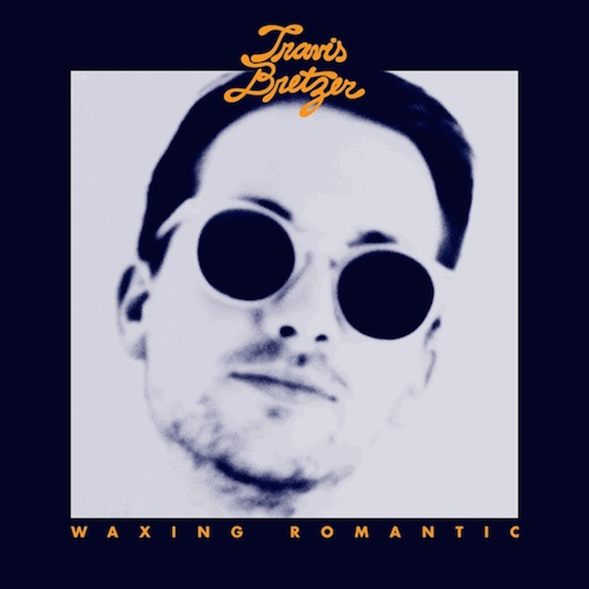 The chances are Travis Bretzer’s name wouldn’t be the first on the lips of anybody pressed to name an indie pop slacker from Edmonton, Canada. Mac DeMarco has all but sewn up that particular niche for himself with a stream of mercilessly excellent product over the past few years. Before even listening to Bretzer’s own debut LP then, it’s all too easy to slot the 25 year-old into some kind of imagined hard luck narrative; a victim of circumstance lost and wheezing amidst DeMarco’s contrails.

This is unfair of course; Bretzer deserves to be heard on his own terms. The trouble is, at times he sounds an awful lot like his fellow Canuck. There’s the breathy voice and sense of premature world-weariness on opener "Giving Up:" “I'm broke and beat/I've had enough/I'm tired of acting tough/I’m giving up.” Like Demarco, Bretzer also spend a fair chunk of his time on record preoccupied with sentimentality and romance. If comparisons will be drawn – and they will – lyrically at least, Bretzer can have few complaints.

Musically though, there’s plenty enough across these 10 tracks to differentiate Bretzer from the pack. Making the move from bedroom to studio and teaming up with Ariel Pink collaborator Jorge Albrecht in the process, Bretzer runs the gamut from power pop and soft rock through to confessional singer-songwriter territory, all filtered through a hazy 1970s lens. Sometimes the influences are pretty direct; "Lady Red" sounds like it was lifted straight from the cutting room floor of a Prefab Sprout session while the dark-hued "Don’t Forget" channels late-period Big Star well on the way to their harrowing self-destruction.

Elsewhere the reference points are more oblique. "Good Times" probably represents the best thing on the album; a bittersweet FM radio pop song totally out of place and time but potentially one of the tracks of 2015. Kicking off with the pitter-patter of a thunderstorm before seguing into a beautiful arpeggio, Bretzer wistfully recalls a romance of the past as layers of lush guitar lines build up and swirl around him: “Someday I’ll tell you how I felt/someday I’ll figure out myself.”

It’s gorgeous stuff, though it should come as no surprise Bretzer has a way with radio-friendly melodies, having put in a shift writing catchy jingles for his local station. More of a revelation is the maturity the young songwriter applies to his work. These are proper, grown-up takes on love and relationships, albeit ones that avoid the dreary adult-contemporary abyss through a combination of Albrecht’s production, helping hands from the likes of MGMT’s James Richardson and Regal Degal’s Josh da Costa along with Bretzer’s own breezy but sophisticated arrangements.

There are occasional misses, of course; "Story Books" comes off as an overlong nursery rhyme with creepy synth backing and "The Bread" sounds too jaunty for its own good. The slow, country-tinged "Wishing Away" also perhaps comes off a bit incongruous. Taken as a whole though, Waxing Romantic is a warm, enjoyable listen; one that suggests Bretzer has a voice worth hearing and all of his own.