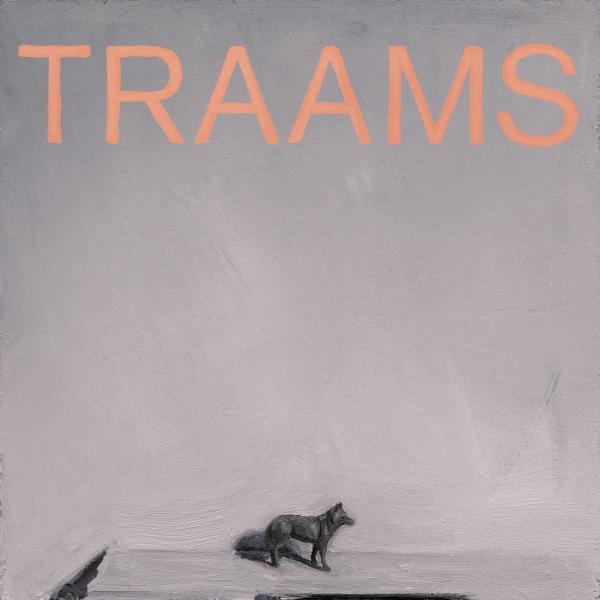 Apologies to any Chichester residents who might be reading here – your city is architecturally wonderful and your educational establishments, highly rated – but in terms of alternative music culture, it’s been striking out. Until TRAAMS.

It might just be this kind of environment that’s helped to drive TRAAMS forward, though. Is it boredom that helpfully provided the time and motivation to hone their kraut-infused sets into tight, punching, rhythmic affairs? With few local peers, TRAAMS have managed develop their own brand of cadence-clever, punk music and on Modern Dancing, the end product oozes natural style and effortless ability.

Starting out a scene of their own has certainly benefited TRAAMS from the outset – after putting on his own club night due to the lack of quality events in the area, Stuart Hopkins subsequently met his bandmates and formed TRAAMS. On the other hand, getting caught up in an incestuous UK scene could be this records only pitfall. Recorded at the now infamous Suburban Home Studios - just as almost every other psych-tinged, guitar band is doing at the moment - leaves you wondering if the recording process might have benefited from a wider genepool. You can hear the trademarks of the studio on this record and many other albums recorded in the same space. No doubt this record is expertly produced but it sounds a touch familiar, subconsciously.

Take a brisk skip through this record and it won’t disappoint, however; "Costner" begins a thumping stomp; "Succulent Thunder Anthem" is a slithering, demonic punk snake; "Sisters" has the most impeccably delivered, audacious one-chord thrash finale; "Silver Lining" spits the kind of liquid lyrics hip-hop would be happy with; "Car Song" balances it all out with something a little softer. As good as Modern Dancing is, it just doesn’t quite encapsulate the complete experience of TRAAMS. It does add half a dozen rip-roaring tunes to an already incredible live show - and it's these live shows I'd be heading directly too, if I were you.