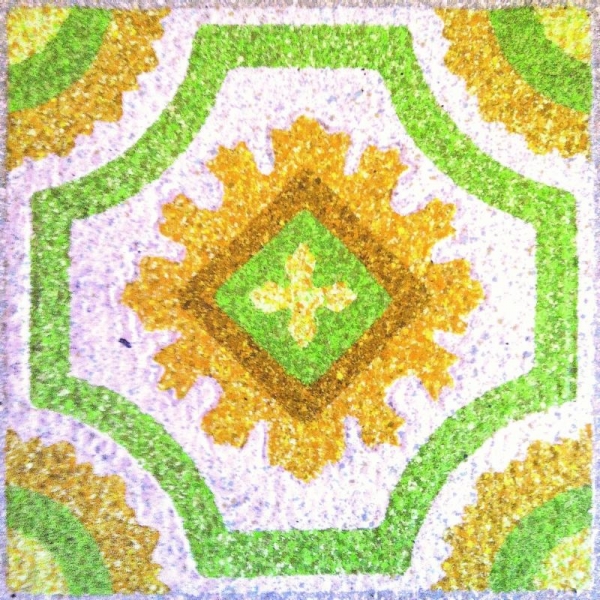 Seldom does a record root itself so exclusively in the grey as Total Babes’ Heydays. The Babes’ is a sound caught between the exuberant and the esoteric; the juvenile and the nostalgic; the reactionary and the overthought; and, most tellingly, an implosive Venn diagram of pop, noise, and punk.

The end result is something too abrasive to call pop, too calculative to call punk, and too straightforward to call noise. Though genre terms are for the birds, Heydays’ shiftless structuring has an unfortunate tendency to lean closer towards folly than fruition.

Total Babes itself was even born out of its core members' lack of capacity for ambiguity. Christopher Brown and Cloud Nothings-drummer Jason Gerycz started the band as an outlet for some of the pop songwriting that didn't mesh with their noise rock outfit, Swindlella. Tack on synth-er John Elliott (Emeralds; Outer Space) to sew in some high tones and a brief sax solo from Cloud Nothings frontman Dylan Baldi on leading single "Circling," and you've got yourself a veritable mishmash of tone and style.

Opener "Blurred Time" is appropriately celebratory, heralding the wave of mostly rousing, pop-rock-punk–infused ceremony to come. It's one instance where their broad sphere of influence functions best, playing out as a sort of The Minutemen-meets-Black Lips amalgam.

Immediately following, however, is a slowed roll via "Heydays". The album's namesake features its stiffest vocals backed by a repetitive chord-beat combo. Where most music in the vein of Total Babes thrives in a place of stream-of-consciousness singing, where words simply flow into meaning (think The Dismemberment Plan or Q and Not U), "Heydays" confines each line to its own form-fitting, four-measure box.

"Bone Dry Eyes," though it'd seem a rather simple song if put to staff paper, has an impressive knack for making each chord change feel like a full on shift in key. A clear highlight (and a missed opportunity in single choice) that ties emotional resonance across four instruments, playing up the climactic mood shift of its reprimanding chorus: "I'll be there when you realize there's no one on the other side." It's enthusiastic, aggressive, and its clustered outro leaves it nestled snugly in the genre-nexus Total Babes have contrived.

The back half of the eight-track short album/long EP drags its heels a bit. This is due in no small part to its abundance of sprawling bouts of silence and soft-handed introductions (during early listens, I had to double-check that the album was still playing following track six's "Sunny Side"). When the penultimate "Repeat Gold" kicks in after six tracks of rousing rough and tumble, it just sort of slogs along. Sadly, it's really more a fault of its placement than its songwriting. Track seven is just too deep to bury the only down-tempo number from a band that's been seemingly trying its very best to unbridle their enthusiasm across the past 20 minutes.

Closer "Can I Turn You On?" kicks the tempo back up, but its placement following "Repeat Gold," as well as ample dead air and white noise, distracts from its memorability. A sad fact, as its climactic conclusion features some of the album's best melody-making.

The poor matter about short albums is how condensed of a first impression they leave. And though Heydays is Total Babes' second album, given the four-year stretch since their debut and the accompanying rise to glory of affiliated act Cloud Nothings, it carries the weight of a first impression. Yet perhaps that "first impression" feeling subjugates the juvenile feel of Heydays—a short album of promise and potential stretched too thin by its stifled delivery.