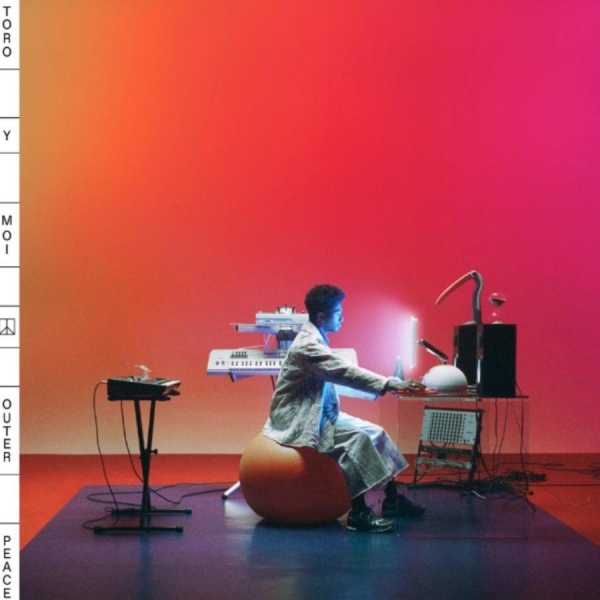 Toro Y Moi initially rose to eminence with the 2010 release of his breakout album Causers of This; whether due to the content or time of release it was difficult to tell, but Chaz Bear soon became synonymous with the burgeoning chillwave genre that was gaining traction around that time.

To an extent, the career of the South Carolinan musician has been defined by this distinction and whether deserved or not it has seen him give birth to a diverse and mixed discography in which constant experimentation has been the raison d'être.

Enter Outer Peace, an album which feels like a homecoming of sorts, a return in which Chaz surfs along the synthwave aesthetic upon which he became renowned, but in which he illustrates his abilities to neatly perform to the expectations and conventions of several musical modes, namely funk, house, R&B and pop.

On his thought process, Toro Y Moi has stated that “usually the peace is within, so to have peace on the outside is the challenge,” broadly, the album reads as Chaz having reached this point of outward satisfaction. Written in the wake of his Boo Boo DJ Tour,Outer Peace sounds very much like an artist content on simply enjoying the musical process. This is apparent even from the outset with ‘Fading’ a bright clarion call replete with vocal stings, synth stabs and targeted bass plucks.

This feeling is replicated across the album and consequently Chaz creates some of his best material. "Baby Drive it Down" is a deftly produced, smoky and intoxicating call to love, whilst the ABRA collaboration piece "Miss Me: is classic Toro with a dreamy, soft quality backed by an ethereal and oneiric tempo.

The album is however let down by some weaker tracks like "50-50" and the actually-quite-irritating "Freelance" which both fail to match the dreamy quality of their neighbours and unfortunately take from the album’s overall clarity. Additionally, Toro Y Moi’s overreliance on autotune can also stand in the way of his lyricism at points which is disappointing.

Ultimately though, Chaz Bear’s decision to take himself less seriously is an experiment to be considered broadly successful and sees the release of some of his more inspired and infectious material in years.