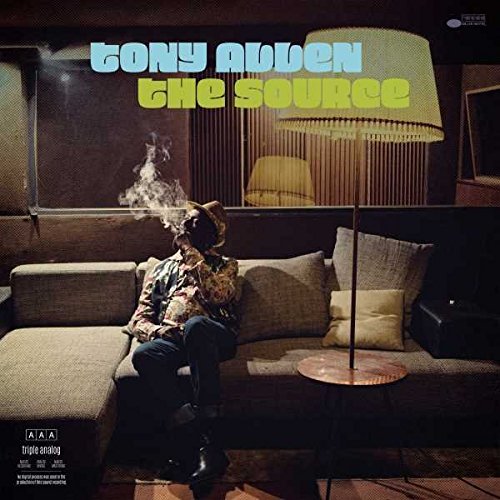 Allen’s first full length work for Blue Note Records fuses the sounds of Africa, the influence of American greats such as Art Blakey and Gil Evans with a Parisian elegance that leaves The Source difficult to categorise as purely jazz.

Surrounded by a band eleven men strong, Allen's drums encompass both a wild complexity and cool reserve. The Source is a work that showcases a great rhythmic and tonal diversity throughout, floating between a myriad of influences and arrangements.

In "Bad Roads", echoes of Mulatu Astatke can be heard in the sax melody and its subsequent layering, while steady whispers of dub are undeniable in the guitar part, leaving the track to capture something vaguely cinematic in its overall aesthetic.

Fourth track "Cruising" allows the stabbing horn of Afrobeat to flourish as Allen's French ensemble drift subtly in and out of the mix to create a fluid and highly accomplished jam in which many individual players are given free reign to exhibit their talents.

Saxophonist Yann Jankielewicz, with whom Allen wrote and arranged The Source, claims "Tony has never played drums as well as this. He's never had as much freedom, never had as much power as he does today." Undoubtedly, the freedom and strength of Allen's drumming is mirrored in the overall instrumentation of the record.

Certain crescendos within the LP point to Allen's early Lagos years, while others are more tonally aligned to a big band sound. There is a delightful unpredictability in the many moments of call and response, stemming largely from a disparate line-up of musicians (including keys from Damon Albarn on "Cool Cats"), yet the record in its entirety remains anchored by Allen and his mastery of rhythm.